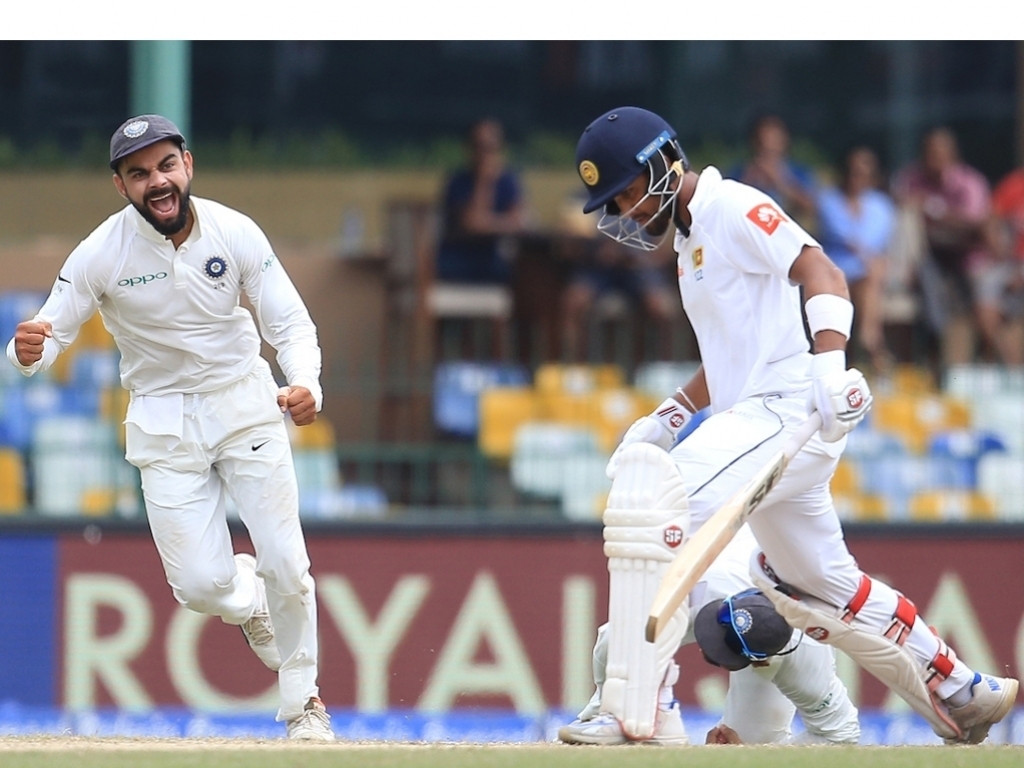 Sri Lanka skipper Dinesh Chandimal insists that his team have come to India looking to knock over the number one Test team.

Chandimal said his side will continue to try to be positive despite narrowly escaping defeat at Eden Gardens.

Speaking ahead of the second Test in Nagpur Chandimal said: “We learned a lot from the last Indian series in Sri Lanka.

“The most important thing is we came here to win the series. Our attitude has changed. Most importantly we have come here with a mindset to win a Test match.

“If you take the Indian team, it is a very good side.

“It is a big challenge for us as a team to come here and win a game or a series. But I am sure we can do some miracle here.

Early reports suggest their could be a fair covering of grass in Nagpur but not as much as there was in Kolkata and Chandimal feels it will play more traditionally.

He added: “There is not much grass on this wicket.

“We saw so much grass at Eden Gardens. This is much less. We saw the wicket, and it’s a good Test wicket. The first few days will be good for the batters, and then it might turn. That’s the kind I can think it is.

“We have looked at a six- five combination or six- four plus all-rounder, but we will make the call tomorrow morning.”

Chandimal feels that Ravichandran Ashwin and Ravindra Jadeja will pose the chief threat come match time in Nagpur but said his team hoped to be ready to counter the tweakers while he expected his spinner Rangana Herath to play a bigger role.

He went on: “We also know that R Ashwin and (Ravindra) Jadeja are ranked pretty high. With the green tops we got in Calcutta, he (Herath) wasn’t that effective.

“Against Ashwin and Jadeja we have some plans up our sleeves. On these wickets, he can be handy. We have Dilruwan (Perera) as well in our ranks.”