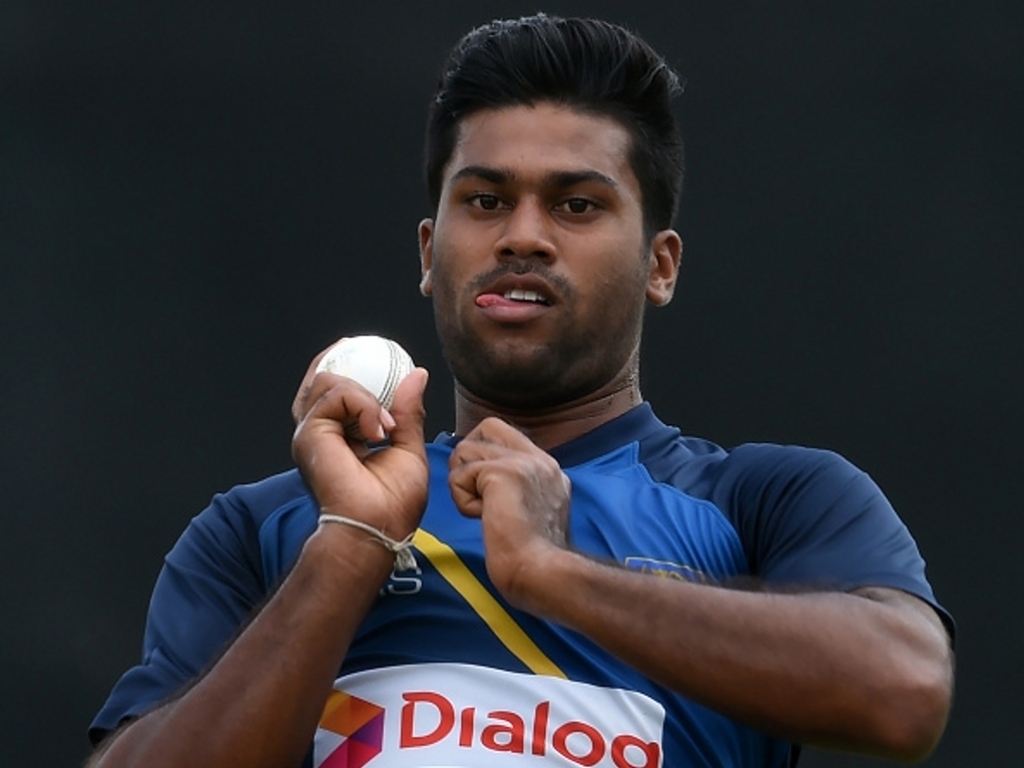 Sri Lanka have announced their Test squad for the upcoming tour of Zimbabwe including uncapped paceman Lahiru Kumara.

The 19-year-old made his first class debut just this month but has impressed the selectors enough to be included in the Test squad to face Zimbabwe.

The sturdily built right-armer took 7 for 82 and 4 for 52 in a youth Test in England this August as Sri Lanka’s under19-s upset their more fancied hosts.

Sri Lanka’s pace bowling reserves have been tested by a string of injuries and the suspension from bowling of Shaminda Eranga.

The Sri Lankans have included four uncapped seamers in the Test squad though Asela Gunaratne and Lahiru Gamage have limited overs international experience.

Suranga Lakmal will bear the burden of being the only pace bowler in the squad with Test experience.

The Islanders will be without middle-order stalwart Dinesh Chandimal who is recovering from surgery on an injured thumb.

Niroshan Dickwella has been called into the squad in his place while Kusal Perera is expected to take the gloves.

Opener Dimuth Karunaratne earned a stay of execution with a hundred for the A side against the Windies second string after his run of five single digit scores in Test cricket.

The spin trio of Rangana Herath, Dilruwan Perera and Lakshan Sandakan were brilliant against Australia and should expect to bowl a lot of overs on the flat, dry tracks in Zimbabwe.

Asitha Fernando, Vishwa Fernando and Roshen Silva were part of the group that faced Australia but have not been included in the touring party.