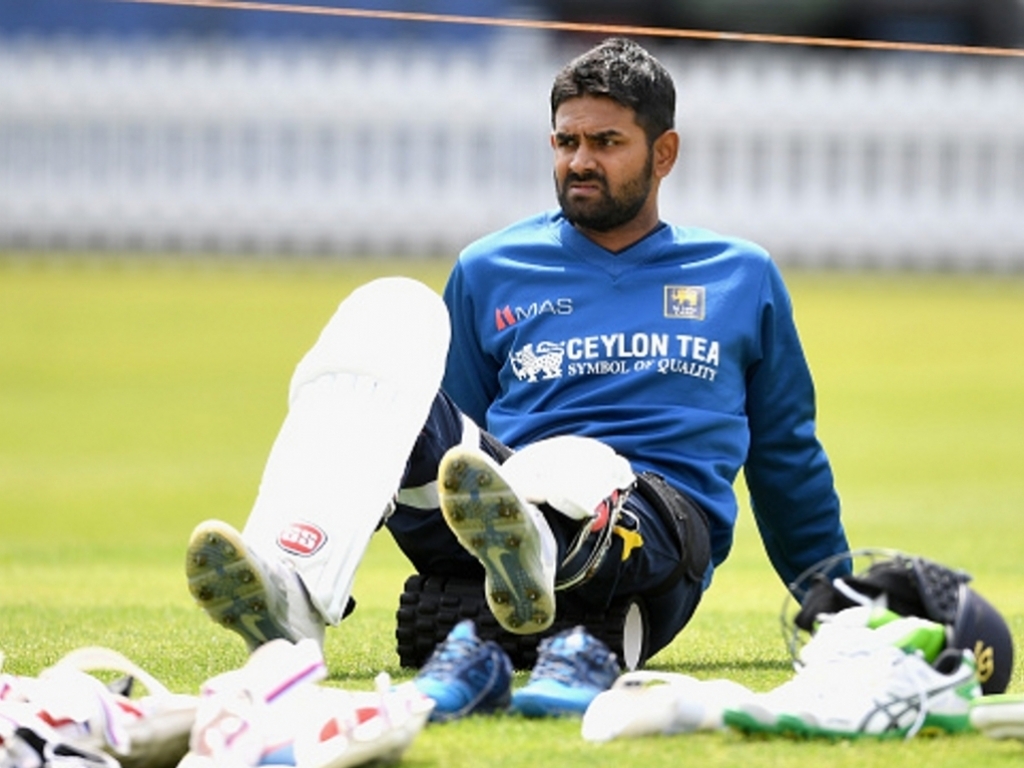 Sri Lanka have recalled batsman Lahiru Thirimanne to their squad for the second Test against India, starting in Colombo on Thursday.

The 27-year-old Thirimanne, who last played in a Test more than a year ago – against England at Lord’s – replaces Asela Gunaratne who broke his thumb in the first Test in Galle.

The left-handed Thirimanne averages 24 with the bat after 26 matches in the longest format and only has one century to his name with the Sri Lanka selectors hoping his international experience (107 ODIs) will help him score runs against India.

Left-arm wristspinner Lakshan Sandakan has been added to the squad but seamer Suranga Lakmal has been ruled out due to a back problem.

New Test captain Dinesh Chandimal was declared fit to take his place after missing the defeat in Galle due to a bout of pneumonia but spinner Rangana Herath is still a doubt with a finger injury.

Sri Lanka will be hoping to level the series in Colombo before the third and final Test takes place in Pallekelle from the 12-16 August.