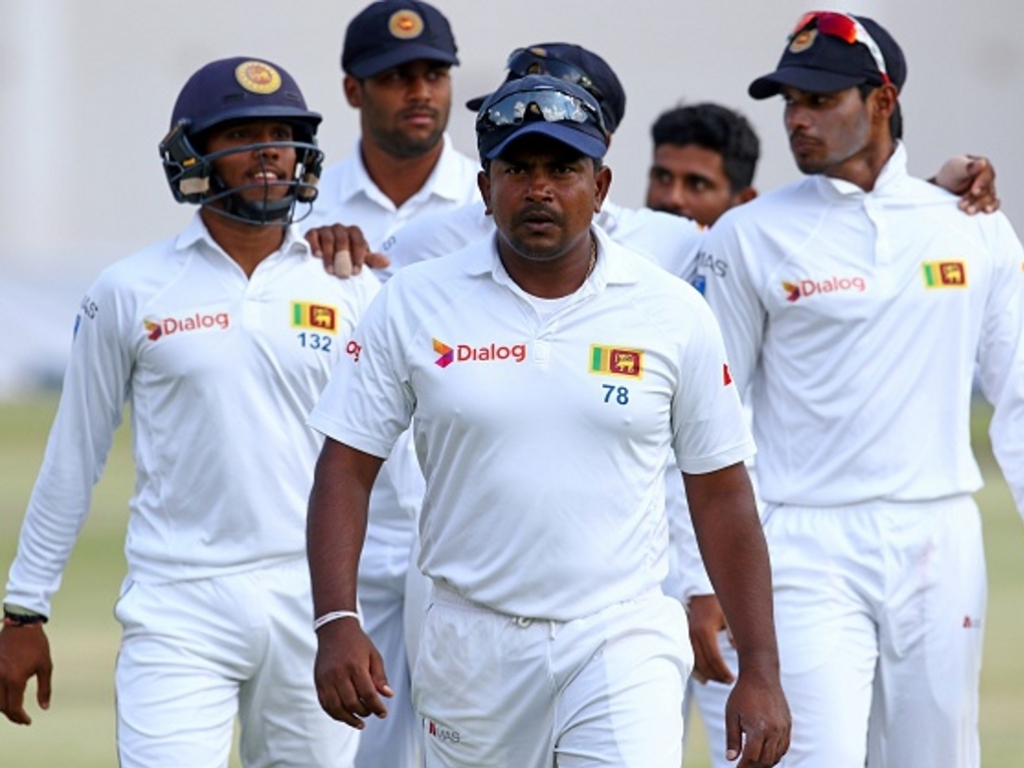 Sri Lanka captured the three wickets they needed to round off a resounding 257 run victory in the second Test against Zimbabwe in Harare on Thursday.

The victory means Sri Lanka claim the two match series 2-0 after winning the first Test by 225 runs on November 2.

The final day, as brief as it was, was dominated by Sri Lanka’s stand in skipper Rangana Herath who claimed all 3 wickets on day five to end with figures of 8/63 and match figures of 13/152.

Craig Ervine’s watch ended in the seventh over of the day when Dhananjaya de Silva took a stunning grab off the bowling of Herath as the middle-order batsman attempted a reverse sweep but didn’t get all of it.

Carl Mumba could only last nine balls before he was trapped leg before by Herath for just one.

Christopher Mpofu was in no mood to hang about and the number 11 provided some entertainment for Zimbabwe’s most die-hard of fans as he smashed a brace of sixes in his 20 which came off just 17 balls.

Mpofu would become Herath’s eighth victim though as he too was trapped leg before leaving Donal Tiripano not out on 16.

Dimuth Karunaratne ended the series as Sri Lanka’s leading runscorer hitting 280 runs in his four innings including one century and two fifties.

Zimbabwe’s leading batsman and bowler was their skipper Graeme Cremer who scored 153 runs at an average of 51.00 and took 11 wickets.

Herath ends the series as the leading wicket-taker with his 19 wickets over the two matches in Harare.

Next up for both teams is a triangular series that also involves the West Indies.