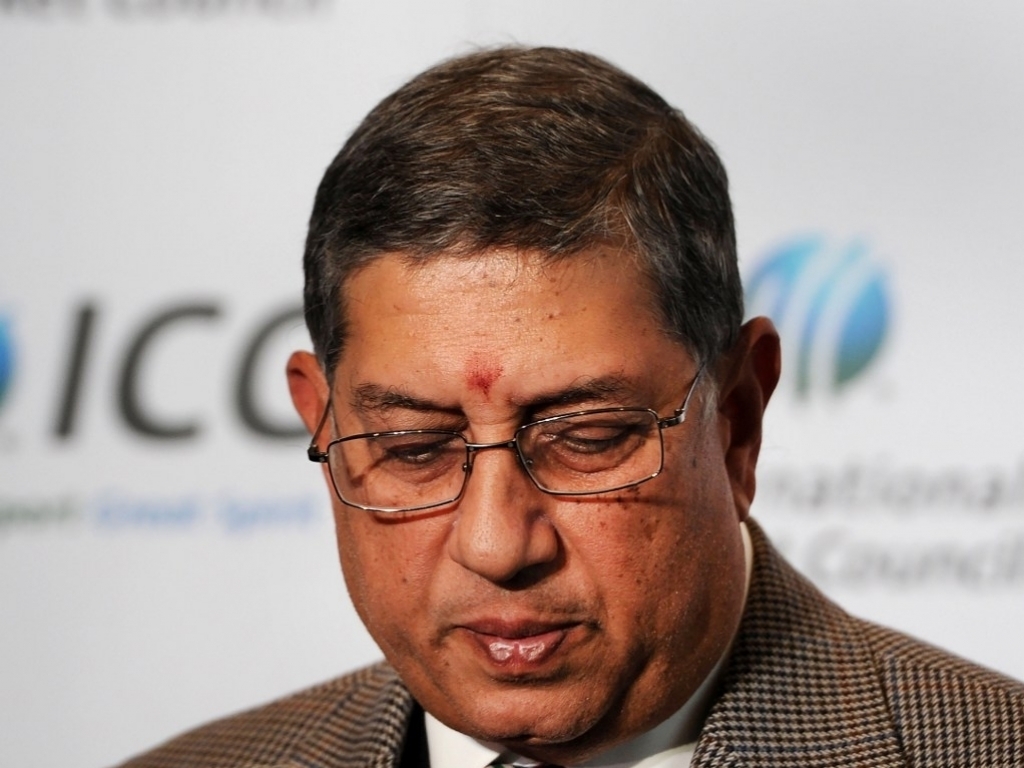 International Cricket Council chairman Narainswamy Srinivasan is guilty of failing to act against a player who violated a code of conduct, a Supreme Court committee said Monday.

The committee, looking into corruption allegations in the Indian Premier League, said the suspended Indian cricket chief was not guilty of spot-fixing or impeding investigations.

It said Srinivasan was aware of the code violation, but failed to act, according to details of the report that have been made public.

"This individual (Srinivasan) along with four other BCCI officials was aware of the violation of the players' code of conduct by individual 3 (name not disclosed), but no action was taken against individual 3 by any of the aforesaid officials who were aware of this infraction," said the report.

The committee found Srinivasan's son-in-law and Chennai Super Kings official Gurunath Meiyappan guilty of being in contact with illegal bookmakers.

It also noted that Meiyappan's role as a team official was not in doubt, refuting claims by Srinivasan and other Chennai team officials that he was just a "cricket enthusiast."

Justice Mukul Mudgal's committee report said also that Rajasthan Royals co-owner Raj Kundra had been in touch with bookmakers and that IPL chief executive Sundar Raman had failed to report betting by Meiyappan and Kundra, despite knowing about it.

According to IPL rules, a team can be suspended if its officials bring the tournament into disrepute.

The Supreme Court has not disclosed nine other names under investigation by the committee, but petitioner Aditya Verma of the Cricket Association of Bihar said he would plead that they be revealed when the case comes up for hearing on Nov. 24.

"We don't understand this secrecy around the names of players who were investigated for alleged corruption," Verma told the CNN-IBN news channel. "We'll request the court to reveal the names and also plead that Srinivasan has been shielding others and is thus as guilty."

Srinivasan, who is a director of the India Cements company that owns Chennai Super Kings, was asked to step aside as president of the Board of Control for Cricket in India during an investigation into spot-fixing in the 2013 IPL.

Srinivasan came under scrutiny after Meiyappan was arrested for two weeks by Mumbai Police for allegedly making contact with bookies and passing team information to them.

Meiyappan was cleared by the BCCI's own panel last year, but a petition from regional body CAB led to the Bombay High Court declaring that panel "illegal and unconstitutional."

The CAB then took the issue to the Supreme Court, which ordered an investigation into the role of Srinivasan and 12 others in May.

The Supreme Court gave the Mudgal committee all investigative powers, including search and seizure of relevant documents, and recording evidence, but not the power to make arrests.

The fixing controversy erupted after a clutch of cricketers, including former test bowler Shantakumaran Sreesanth, were arrested for allegedly giving away a minimum number of runs in exchange for money from bookies.