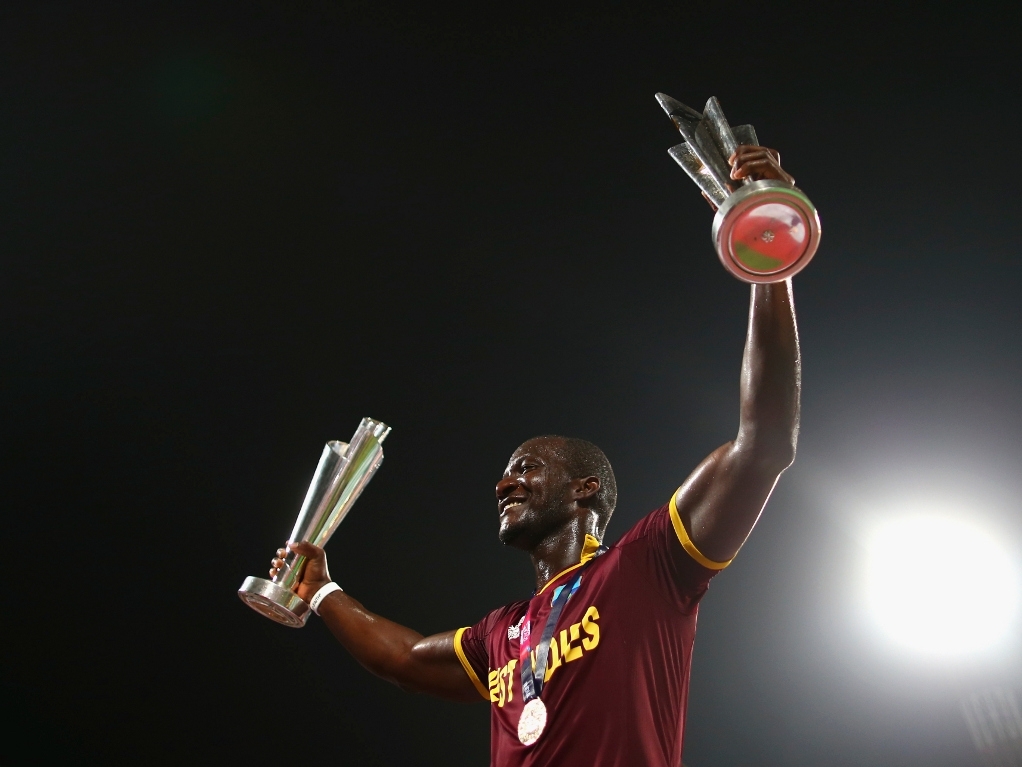 West Indies T20I captain Darren Sammy has had the Beausejour Cricket Ground in St Lucia renamed after him after leading the Caribbean side to their second World T20 title in India.

The stadium will be renamed the Darren Sammy National Cricket Stadium while another St Lucia local in the World T20 squad, opening batsman Johnson Charles, will have a stand in the stadium named after him.

The announcement was made by St Lucia prime minister Kenny D Anthony, who also revealed that both players will receive plot of land on the island.

The stadium in St Lucia has hosted international matches since 2002 and was the first in the Caribbean to host a day/night game when Zimbabwe played there in 2006.

Sammy said: "I am truly honoured, I am humbled and blessed. Thank you, we always know St. Lucians love their own and the love and respect and admiration I have just received at the airport, oh my God, thank you very much".

The West Indies Cricket Board said in a statement: "Both are fitting tributes to the hard work and dedication of the players who just completed an exciting victory to win the 2016 ICC World Twenty20 Men's title. The honour is fitting, and we salute the players."