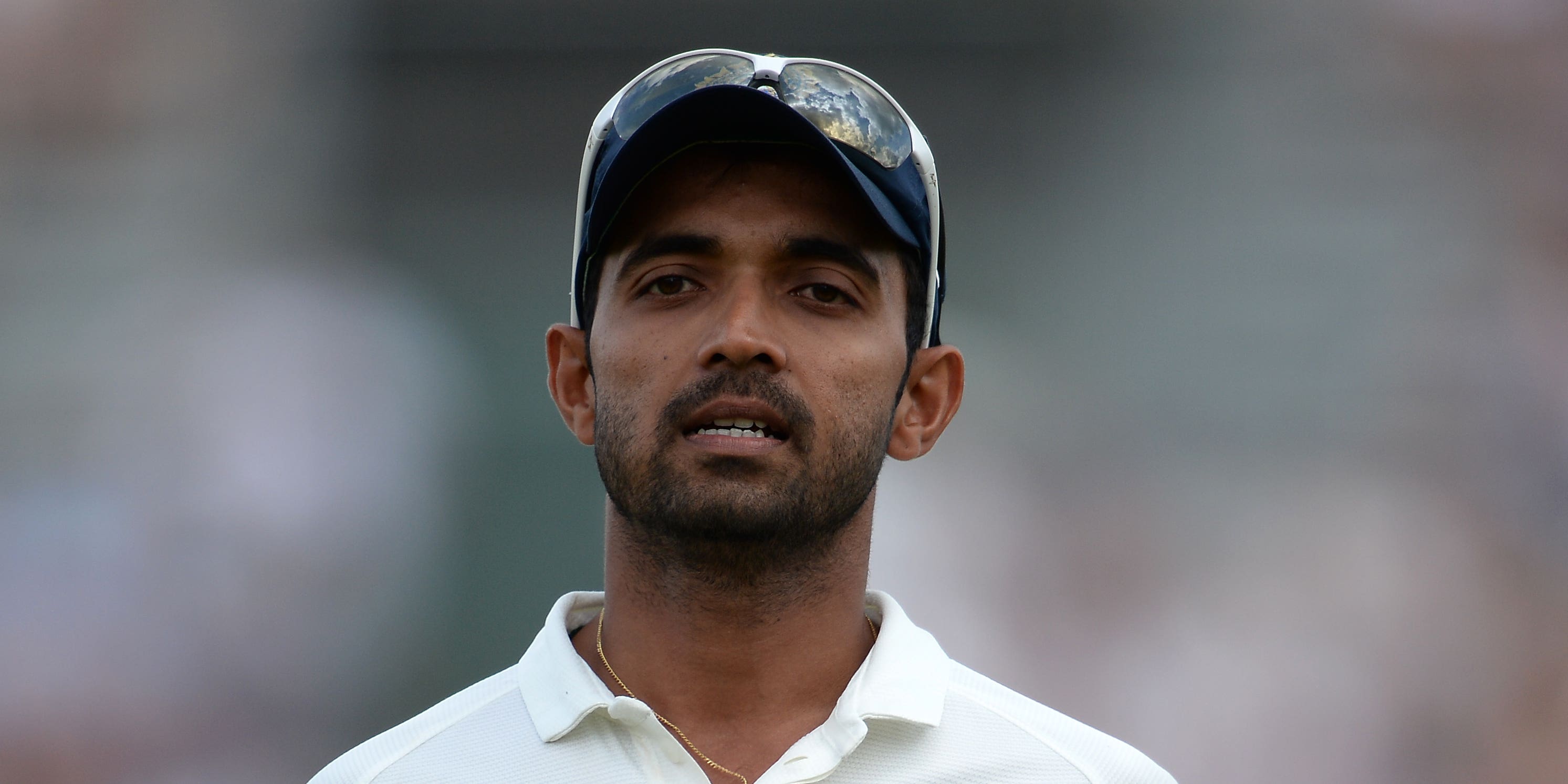 Ajinkya Rahane insists he is all too happy to hand the India captaincy back to Virat Kohli and take a backseat role against England despite presiding over one of the most famous wins in their history.

India looked to be in total disarray in Australia, losing the series opener in Adelaide when they were bowled out for 36 – their lowest Test total – with Kohli leaving the touring party immediately afterwards on paternity leave.

Rahane stepped up from his position as Kohli’s deputy for the final three Tests and his century at Melbourne was the catalyst for a stunning reversal in fortunes as India claimed a scarcely-believable 2-1 series win in Brisbane.

Kohli has returned to the ranks for the first of four Tests against England, which starts on Friday at Chennai, and Rahane is content at slipping into the background once more, offering advice but only when called upon.

“Virat is the captain,” Rahane said. “He left Australia because of family reasons and that’s why I became the captain.

“But originally Virat is the captain and I’m the vice-captain. I’m really happy that he’s back with us which is really positive.

“There are a lot of things on a captain’s mind so as a vice-captain, you have to visualise the situation and think about what can happen in the game, so if the captain asks you for some suggestions, you should be ready.

“My job is really easy, I take a backseat but whenever I’m required or he asks me about certain things, I’ll just go and tell him, that helps us a lot.”

India have had little time to revel in arguably their greatest overseas win, with just two-and-a-half weeks separating the end of their Australia tour and the start of the series against Joe Root’s side.

Rahane and several others have spent a number of months in some form of controlled environment, but the middle-order batsman is adamant morale is high and that they are guarded against complacency.

“We’re not mentally tired at all,” Rahane said. “We are really tough mentally and we are a unit, we are a family. We’re enjoying each other’s company, spending time in a team room, families are here which is really important.

“Australia was really special for us and we did enjoy our victory, especially that night in Brisbane and when we came back home. But we are in the present now.

“What we learned from Australia was after losing a Test match in Adelaide, how we came back. It’s all about staying in the moment. We respect the England team, we’re not going to take them lightly.”

Australia withdrawing from a planned tour to South Africa has had the knock-on effect of sending New Zealand through to the inaugural World Test Championship final.

India will join the Black Caps in the showpiece, scheduled to be held in mid-June, if they beat England by at least a 2-1 scoreline – a 1-0 result would send Australia through – but Rahane dismissed the prospect.

“Right now we’re just focusing on this Chennai game,” he added. “The Test Championship final is still another three or four months from now, we are not thinking about that.

“New Zealand played really well and they deserved to be there. For us, it’s all about taking one game at a time. England is a very good team, we have to play good cricket and then we’ll see what happens after the series.”