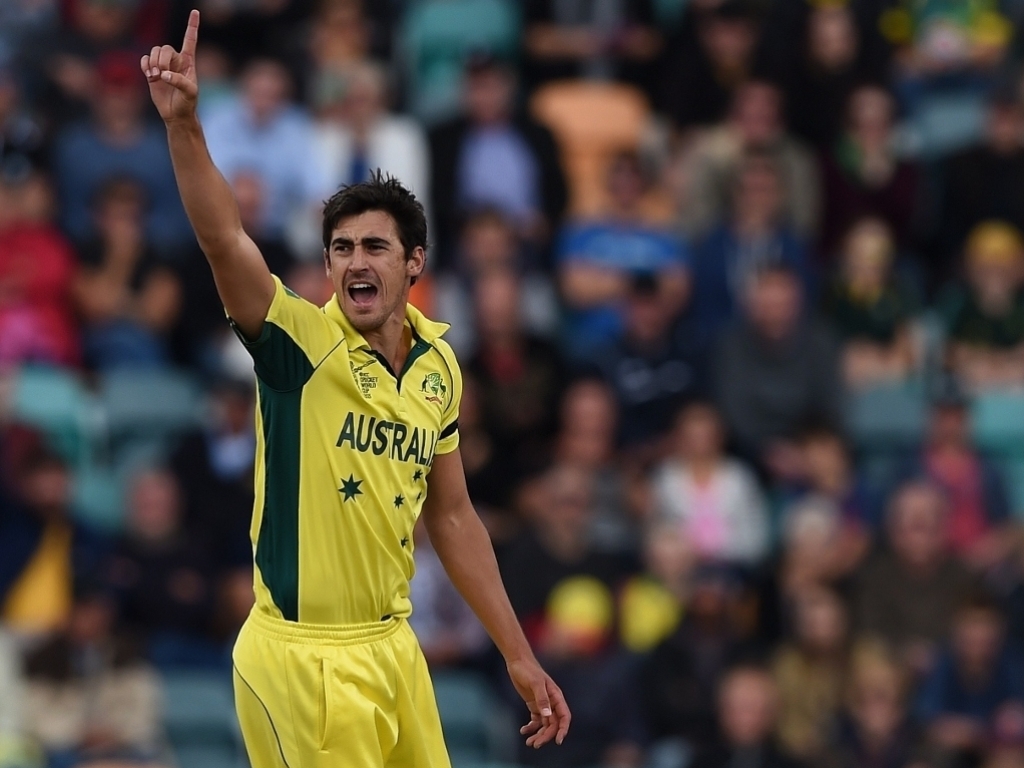 Australia fast bowler Mitchell Starc was the player of the World Cup, with his 22 wickets the top of the pile and an average under 11, and his team-mates feel he'll take that for into Test cricket soon.

Starc has played just 15 Tests since his debut in 2011, and has become primarily a white ball bowler, but his form at the World Cup, and even before that in the Big Bash League, suggests he could be getting more five-day action.

Fellow paceman Mitchell Johnson says Starc has grown a lot since the Tests against India late last year: "I don't think it's far away, I just think he needs to play consistent Test match cricket, get out there and do it.

"He was criticised through that Test series last year and he's really stood up. I'm really proud of him."

Shane Watson also commented on Starc's transformation, after he was criticised by Shane Warne for having 'poor body language' on the field. Starc used that as motivation and has since blossomed.

Watson said: "His confidence changed and he made a couple of adjustments in that Sydney Test match and he bowled beautifully in that Test match.

"So absolutely, he will turn that into Test match cricket as well – like he has in one-day cricket. It's going to be very lucky for us to have him in all three formats.

"It's incredible to see how well he has bowled in this tournament against the best batsmen in the world. The pace, the swing, the control that he's got, he's got variations, he can bowl at the back end, bowl at the death as well.

"It's amazing his skill-set – through all different phases of the game. It's amazing to think someone so young is able to do what he has on such a big stage.

"It will be incredible to see him also do that in Test cricket, because that's very close. In Sydney, we saw him really turn it around. I'm sure it is just a continuing, building stepping stone for him for us over the next long while."