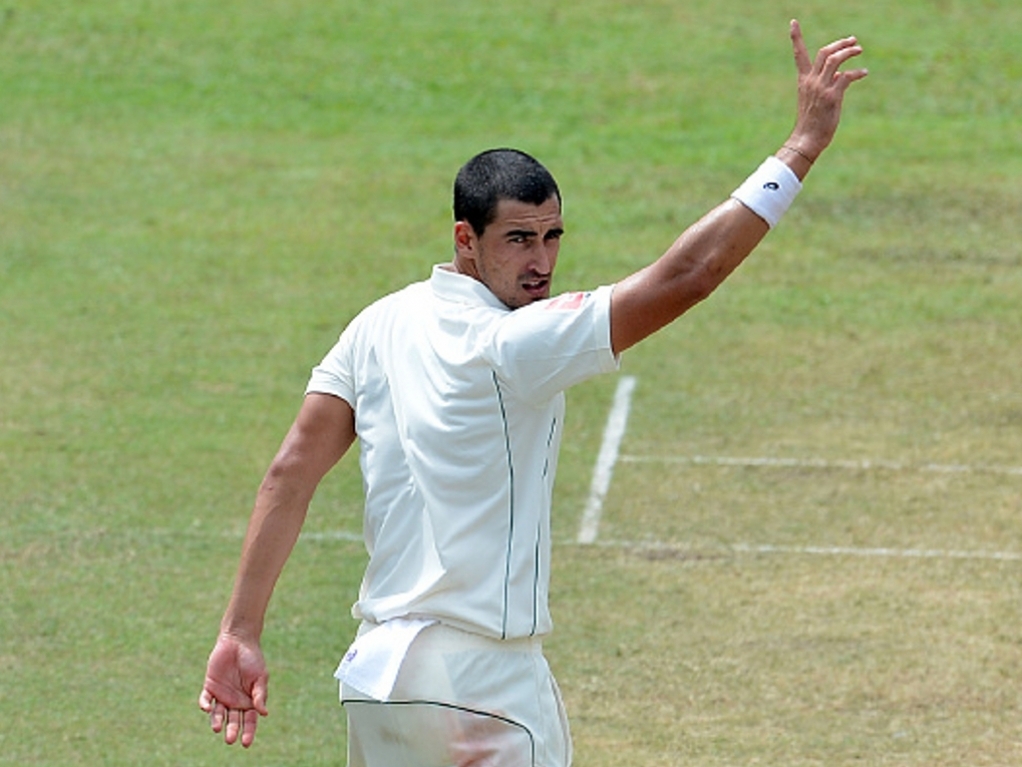 Australia fast bowler Mitchell Starc has joined team-mate Nathan Lyon in criticising the pitch at the Sinhalese Sports Club, saying the foot marks left by bowlers are far too unstable.

Starc was warned about running on the pitch on day two against Sri Lanka, but said that he only did that because his regular landing spot had a deep hole, making it dangerous. Lyon had complained on day one already.

Starc said at stumps on day two: "It's not great. Nathan mentioned a few things yesterday about how it is after a day-one wicket.

"The fact that they fill the holes with not much and it was still wet this morning, and has been after each innings that we've bowled through the series, and the fact they've probably bowled 15 overs of pace through the whole series, it is a bit easier for the spinners to land on than it is for our quicks.

"I understand the wicket is what it is and both teams play on that, but the actual bowling crease has been pretty disappointing this Test match."

Lyon, a former groundsman himself, had said on day one: "I think I've just hit water – the hole's that deep. It's ridiculous on a day-one wicket, if I am being brutally honest.

"It creates a lot of problems, not just for me – Josh Hazlewood lands in the middle of it, so, hopefully, the curators can somehow fix that."

Sri Lanka have already won the series, leading two nil, and Australia could see their recently gained number one ranking slip away this month.