Home News Starc pleased to be playing on pacey deck

Starc pleased to be playing on pacey deck 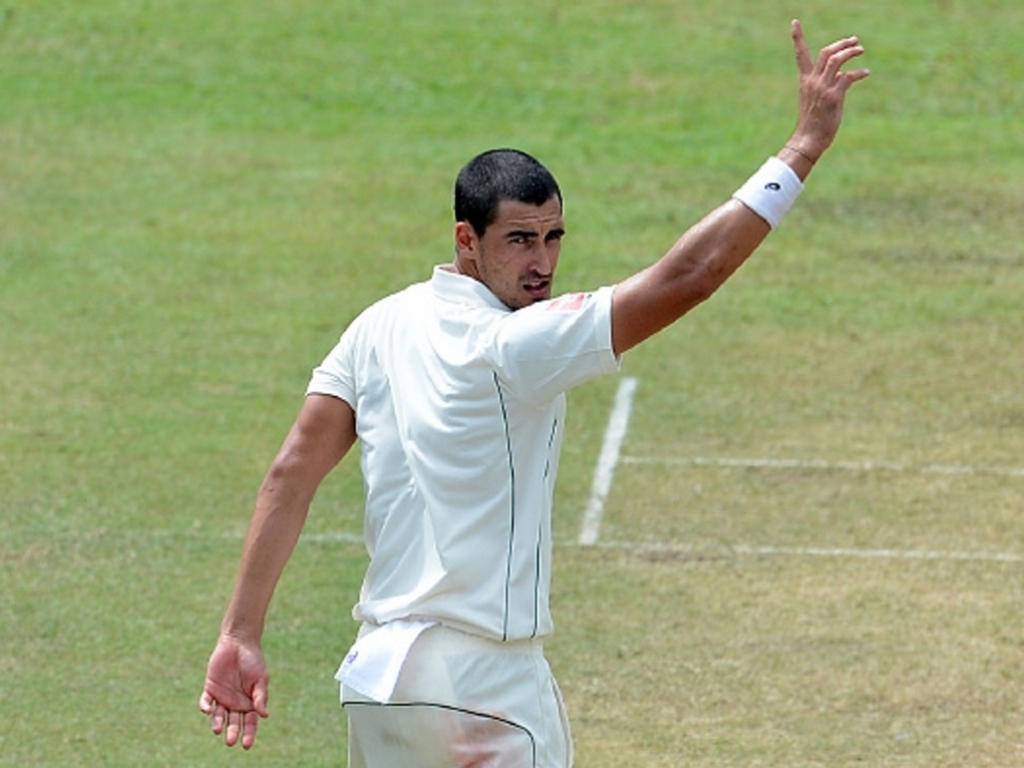 Australia paceman Mitchell Starc was very pleased with his return to Test whites after injury, taking four wickets in Perth, and was happy to have some pace in the deck.

Starc helped remove South Africa for 242 on day one, and the fast bowler said it was a nice change from the sluggish and unhelpful pitches in Sri Lanka, where Australia lost recently.

The Aussies were in control at stumps, reaching 105 without loss as David Warner reached 73 to show the Proteas batsmen how good the track really was.

Starc said at stumps: “There was a bit in it for bowlers throughout the day. We even saw a couple jump off newish cracks towards the end.

“At the same time, [it is] a really fast outfield and a nice wicket if batsmen get in.

“It’s a lot nicer to bowl on than Sri Lanka, that’s for sure. All you’re after is an even contest between bat and ball, and there was something in it [the pitch] throughout the day.

“If you put the ball in the right areas and made the batsmen play, your catchers were always in the game.

“There’ll be enough in it throughout the whole Test match if you’re willing to put the ball in the right area often enough.

“At the same time, if batsmen get in and want to take the game on, like Davey did tonight, there’s plenty of runs out there. You couldn’t ask for more from the opening day of the summer.”

Of his own fitness following his shin laceration, Starc added: “I’m still trying to get some of that rhythm and smoothness back, but to get through 18-and-a-half overs for the day felt good.

“My speeds were reading okay as well, so personally I was happy with the role I played.

“But to bowl South Africa out for under 250 was a pretty good day for the bowlers.”