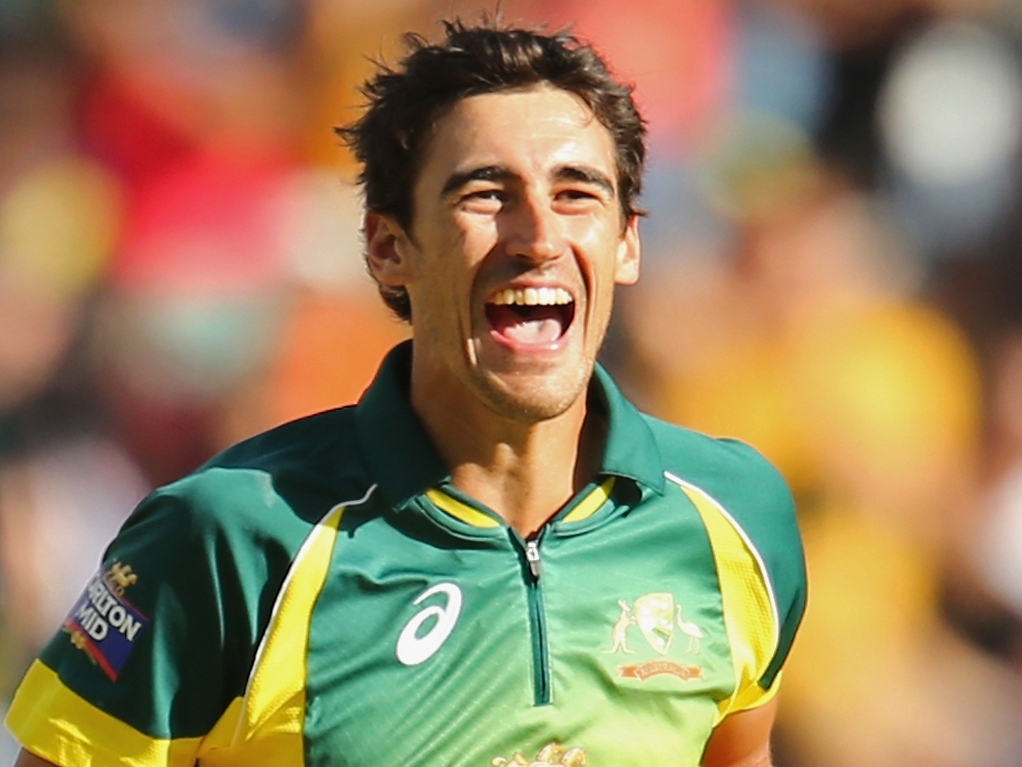 Australia fast bowler Mitchell Starc has credited bowling coach Craig McDermott for his recent upsurge in form, saying he has been using the techniques shown to him by McDermott to good effect, especially in ODIs.

Starc took a career-best six-fer against India on Sunday, the first six-wicket haul by an Australian in a home ODI, and also the second-best ODI figures ever seen in Australia.

Starc, who bagged 6/43, told the Nine Network: "The ball is coming out nicely. I've been working on a few things over the last couple of months with Craig.

"It (rhythm) is something I've been working on, that run-up speed and the angle. It's nice to see some rewards."

He added of his comfort in coloured kit: "I love the white ball. It always goes one way or the other.

"It was nice to see the bowling unit do a good job to restrict them to 260-odd on a pretty good wicket."

He was also inevitably asked about the Shane Warne 'feud', after the spin legend said Starc had poor 'body language' in the Tests against India. Starc has since proven Warne wrong, but chose not to rub it in.

He said: "One bad day at the office doesn't mean it's an issue. It's about coming back and doing what I do best, which is trying to get that ball to swing and taking wickets."

Incidentally, only Brett Lee and Glenn McGrath have more ODI five-fers than Starc, though he has played only 30 such games, while they played more than 200 each.