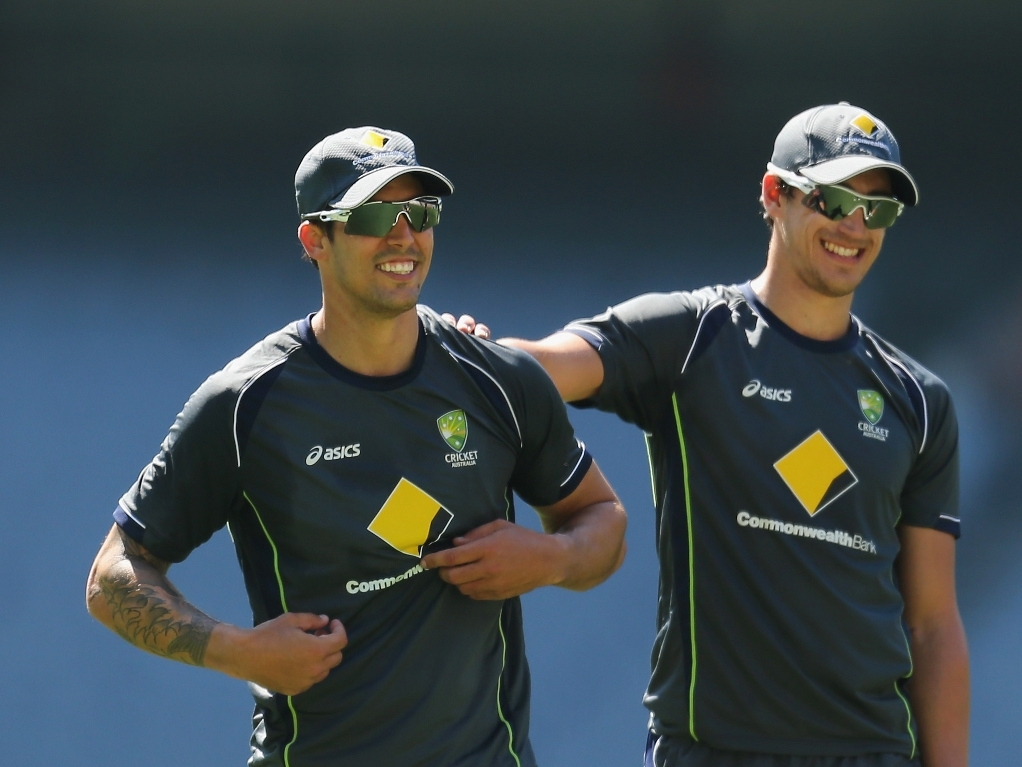 Mitchell Starc wants to bowl in tandem with Mitchell Johnson in the upcoming Tests against New Zealand despite the pair not going that smoothly in the Ashes series in England.

England won the Ashes three-two with both left-arm pacemen playing in all five Tests but some former Aussie cricketers, including Mark Taylor, thinks Australia lose control with both men in the side.

Starc was the player of the tournament at the World Cup, with Johnson in the side, earlier this year but has struggled to replicate that form in the Test format.

On bowling in tandem with Johnson, Starc said: "It worked pretty well in the World Cup. There's times where that's happened [runs leaking] in the past, but there's times when it's worked really well in tandem.

"I don't think you can put it down to one series where you all of a sudden rule us both out of playing together again. So there's times when it's going to work and times when it's not going to come off.

"I don't see any point worrying about whether you've got two left-armers or two right-armers, you pick your best XI on any given day.

"If that's Mitch and I or if it's two other guys so be it, we're just going to be working our butts off through the Shield round and then depending on who's in the squad and whether we're both in there or not we'll lead up to that first Test."

The three-match Test series against the Black Caps starts in Brisbane on 5 November.