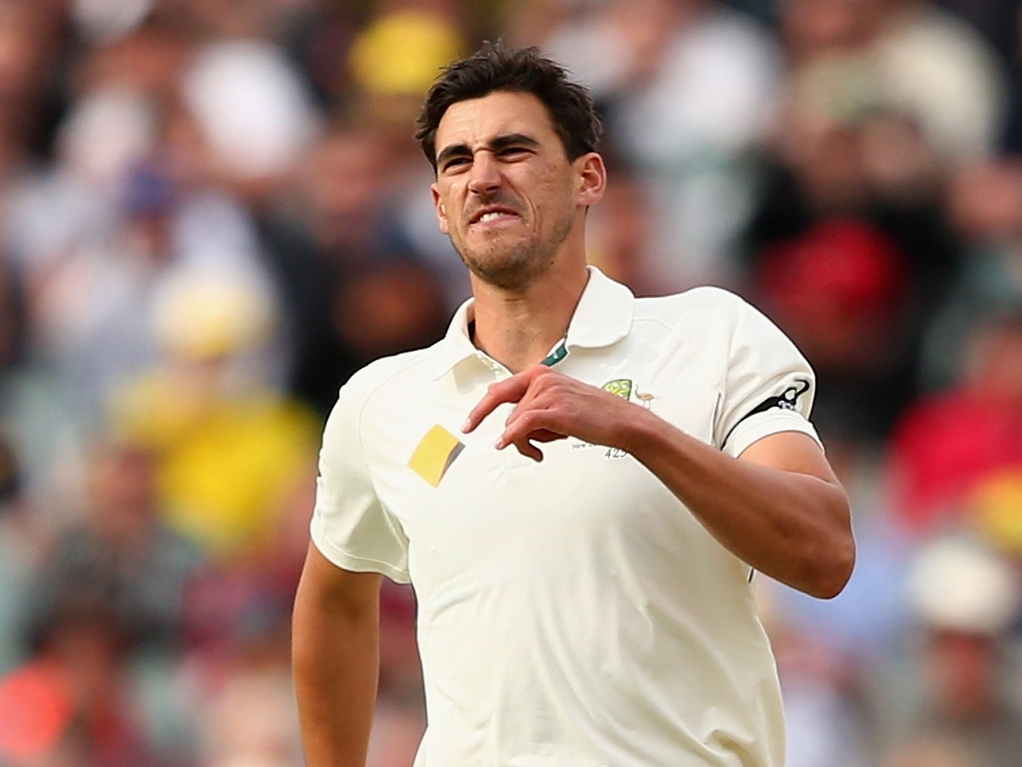 Australia fast bowler Mitchell Starc says there is 'no point' in having surgery on his ankle now, as it will rule him out of the home summer, and he'll look at it after the World Twenty20 in March.

Starc missed much of the third Test against New Zealand in Adelaide after suffering a stress fracture in his foot, probably caused by the ongoing problems with bone spurs in his ankle, and only bowled nine overs.

But he's not prepared to have surgery now, as it will see him miss too much cricket. He'd rather wait until after the Tests against the West Indies and New Zealand, and the WT20 next year.

Starc, who will be on crutches for the next few weeks and maybe miss the Windies Tests, said: "The foot won't rule me out for rest of summer, so no point doubling up and missing extra time with surgery.

"Once I get home I will talk to the medical staff and map it out and see what it looks like. I will let the bone heal for now.

"I will be in the boot for three or four weeks and reassess then. There is no point putting a time stamp on it until the bone heals.

"It has been going okay so it is frustrating that this has come up. I felt it crack that last ball. You never know when these things will pull up.

"The ankle has probably been in an okay place – it hasn't stopped me bowling or anything like that – and now the foot has popped up. It's frustrating, but there's not much I can do about it now."

Starc added that he wasn't going to consider the extent of the injury until he absolutely needed to: "Depending on how much damage is in there and how much bone is broken off, that sort of thing, and whether there's more spurs or not, it's something I'll look at down the track.

"It's not something that I'm looking at doing right now."