Starc would swap his wickets for team success 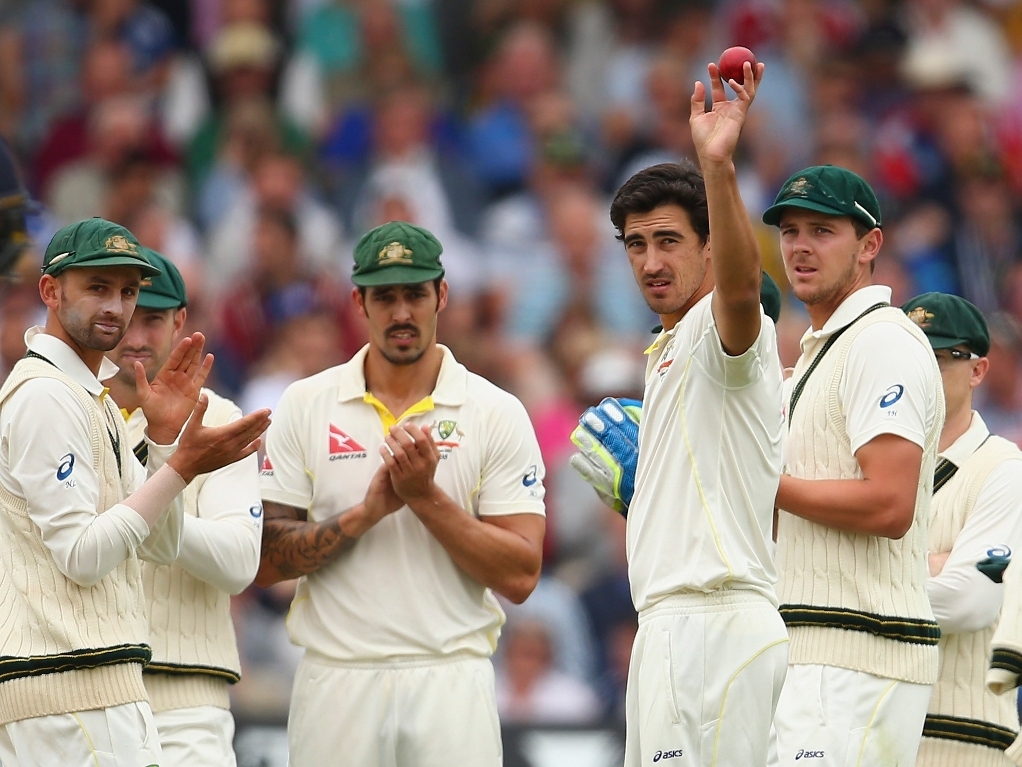 Australia fast bowler Mitchell Starc has said he would swap all his wickets for his side to have a better chance in the current match as the Aussies find themselves on the brink of handing the Ashes urn back to England in the fourth Ashes Test.

Starc took six wickets as Australia reduced England to 391 for nine before they declared their first innings at Trent Bridge 331 runs ahead after the Aussies were dismissed for just 60 before lunch on the first day.

The left-handed Starc will resume with Adam Voges on day three on 241 for seven and try and first wipe out the deficit of 90 runs and then set the hosts a decent total to chase.

With England already two-one ahead before the game in Nottingham got under way, they would win the series if they seal their victory as expected, but Starc wants to put a up a fight.

Starc told Sky Sports: "I would give those six (wickets) back to be none down overnight, so it's a mixed day. It's a tough position to be in and a tough couple of days of cricket. We are still alive and we're fighting.

"We will come out tomorrow morning and fight as hard as we can. It's the Australian way to fight, fight to the end, and that's what we'll do.

"I can't complain. A personal achievement is always nice but it would have been nice to have been none down overnight and heading into day three in a better position."