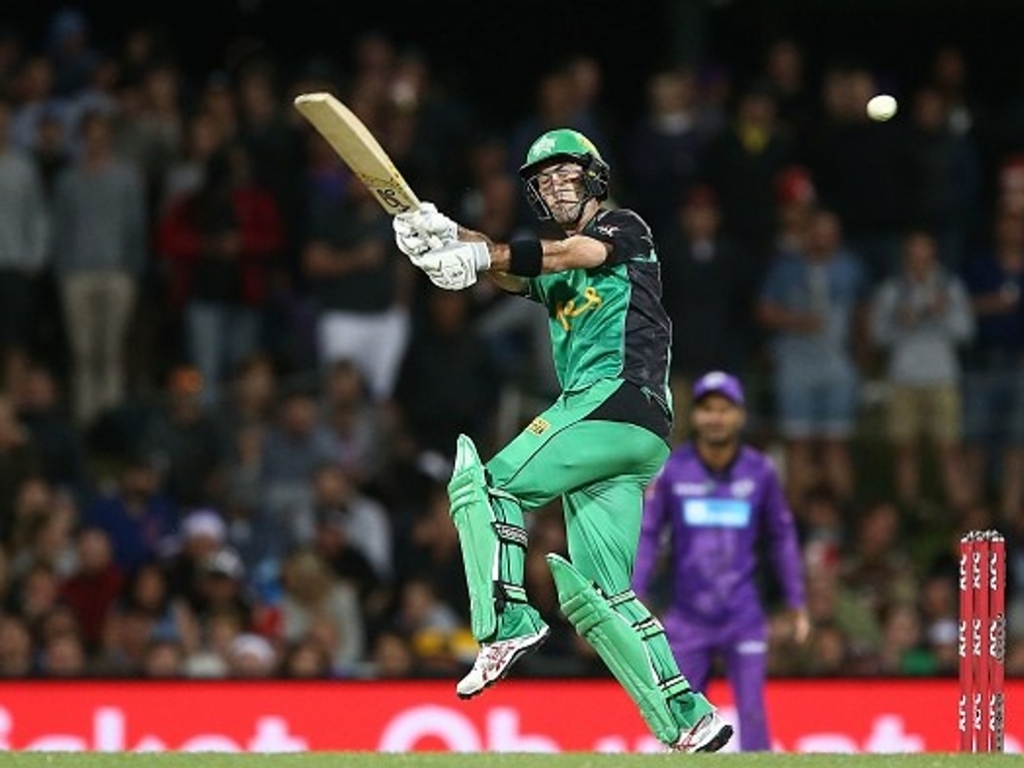 Set 189 to win the Melbourne Stars easily eclipsed the total in their opening Big Bash League match against the Hobart Hurricanes even without overseas professional Kevin Pietersen.

The Hurricanes were coming off the back of a solid victory in their opening fixture against the Sydney Sixers last week.

Hurricanes skipper Tim Paine had topscored for the Hobart outfit hitting 91 off 61 balls to help his team post 188 for 4 in their 20 overs.

Paine shared a 145 run partnership with George Bailey for the fourth wicket after three early wickets left them in trouble at 32 for 3 with Ben Hilfenhaus grabbing the wickets of D’Arcy Short and Dom Michael off consecutive balls at the start of the second over of the innings.

Kumar Sangakarra (15) fell victim to Glenn Maxwell to leave the Hurricanes struggling until the massive fourth wicket partnership carried them towards a decent score.

Bailey guided the Hurricanes to 188 for 4 after the loss of Paine to Hilfenhaus and he would end on 74 not out.

Hilfenhaus’ return of 3 for 38 made him the pick of the bowlers for the Stars.

In response Rob Quiney and England’s Luke Wright got the Stars off to a flying start adding 88 in 8.3 overs before the latter was bowled by a Cameron Boyce slower ball for 48.

Quiney and Glenn Maxwell looked like they would take the Stars to victory before the former holed out to Stuart Broad for 75 off 43 balls.

Broad accounted for David Hussey (1) as well courtesy of a stunning catch by Sangakkara but with 186 already on the board the game was all but over already.

Maxwell smashed Broad for four to win the match and take his score to an unbeaten 58, James Faulkner’s only involvement was to sneak a leg bye off the one ball he faced.

Broad was the pick of the Hurricanes bowlers with figures of 2 for 35.