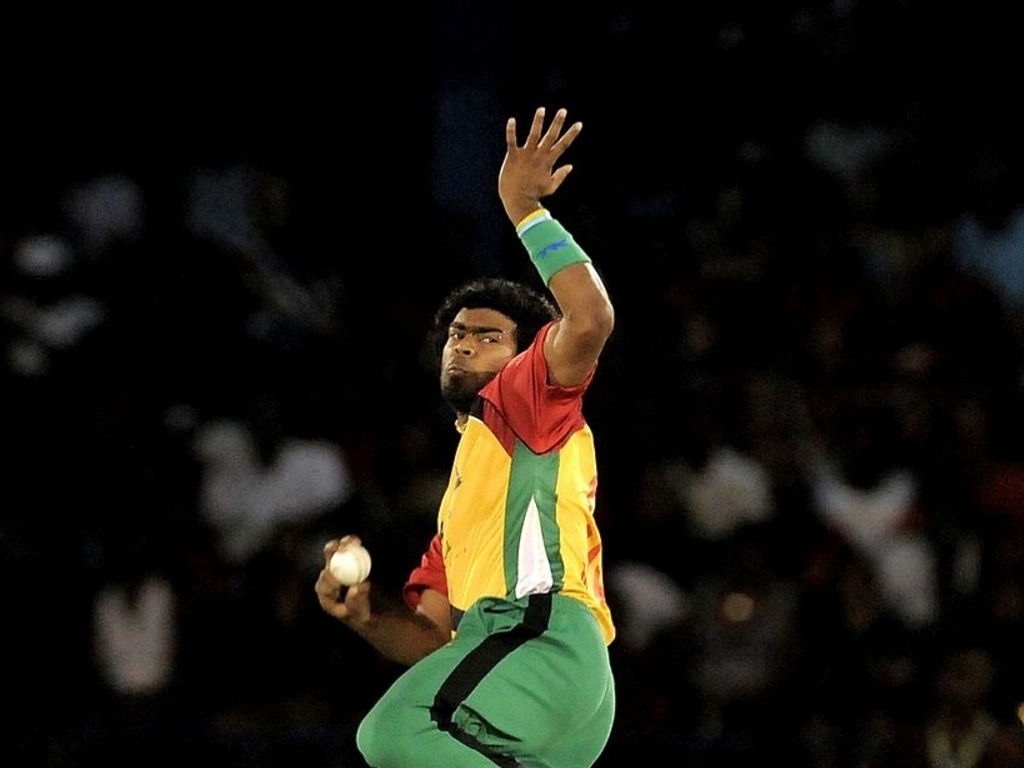 Ahead of the Caribbean Premier League (CPL) Player Draft in Barbados on Friday morning the tournament organisers have announced the list of ‘marquee’ names for the fifth edition of the showpiece.

Fellow New Zealander Brendon McCullum will also line up once more for Trinbago Knight Riders, meaning that in all there are three new faces from last year’s player roster.

Sri Lanka speedster Lasith Malinga needs little introduction for CPL fans and he will feature this year for the St. Lucia Stars having previously represented the Guyana Amazon Warriors.

Last year he was recruited by Jamaica Tallawahs but withdrew through injury ahead of the start of the tournament. With a distinctive slingshot action and an arsenal of devastating deliveries in his armoury, the 33-year-old, who recently claimed six wickets in a T20i series against Australia, will be lining out for the re-named St. Lucia Stars in a format where he has claimed 84 victims in 65 internationals to date.

Chris Morris will join Chris Gayle at the St. Kitts & Nevis Patriots and has been a mainstay in South Africa’s limited overs side of late. The towering bowling all-rounder has featured 12 times for the Proteas in T20 internationals to date and has claimed 18 wickets, and averages a healthy 17.66 with the bat.

His career stats show that in 124 T20 matches he has taken 152 wickets at an economy rate of 7.57 and he averages 24.73 as a powerful lower order batsman. The 29-year-old Pretorian has also played in two Test matches and 23 One-Day Internationals so far.

New Zealand captain Kane Williamson will make his tournament bow having been recruited by the Barbados Tridents. Williamson, 26, is one of the world’s leading top order batsmen across all three formats and is currently ranked third in the International Cricket Council (ICC) T20I rankings having scored 916 runs in 39 internationals to date, at a strike rate of 122.81.
The full squad lists for all six franchises will be announced from 10am (Barbados time) on Friday morning.

Australian Shane Watson made his CPL bow in 2016 and was one of the leading lights as the ‘marquee’ signing for the St. Lucia franchise as they reached their highest ever finish in the Play-Offs. In an exclusive interview, the highly decorated all-rounder, who is hoping to feature once more in the 2017 campaign, spoke positively about his experience.

“As an Australian player it is always one of the place you love to go, watching the tours on the televisions and always a tough place to be able to play for the Aussies, especially with the quality of the West Indian teams. Now having a chance to play for the (Hero) CPL and playing for one of the franchises and be based in St. Lucia was a really special time. To really feel like a local even though, I am not as cool as the locals, and being embraced as a local was an awesome experience.

“(Daren) Sammy is a very charismatic guy. A strong leader says things that needs to be said at the right time and on the field he absorbs pressure very well, great decision making under pressure which we have all seen for the West Indies as well. The Draft is always an exciting time it is the unknown, it is not knowing where you going to go and who picks you up at that moment and time can change the direction of your life.

“Whether it’s the people and team that you go into and be around but also the opportunity of going into hopefully a great environment as well which can hopefully get the best out of you. Now with the Twenty 20 tournaments around the world it can really be a launching pad and change the direction of your life. It certainly is an exciting period more than an anxious period because you never know what is around the corner.”