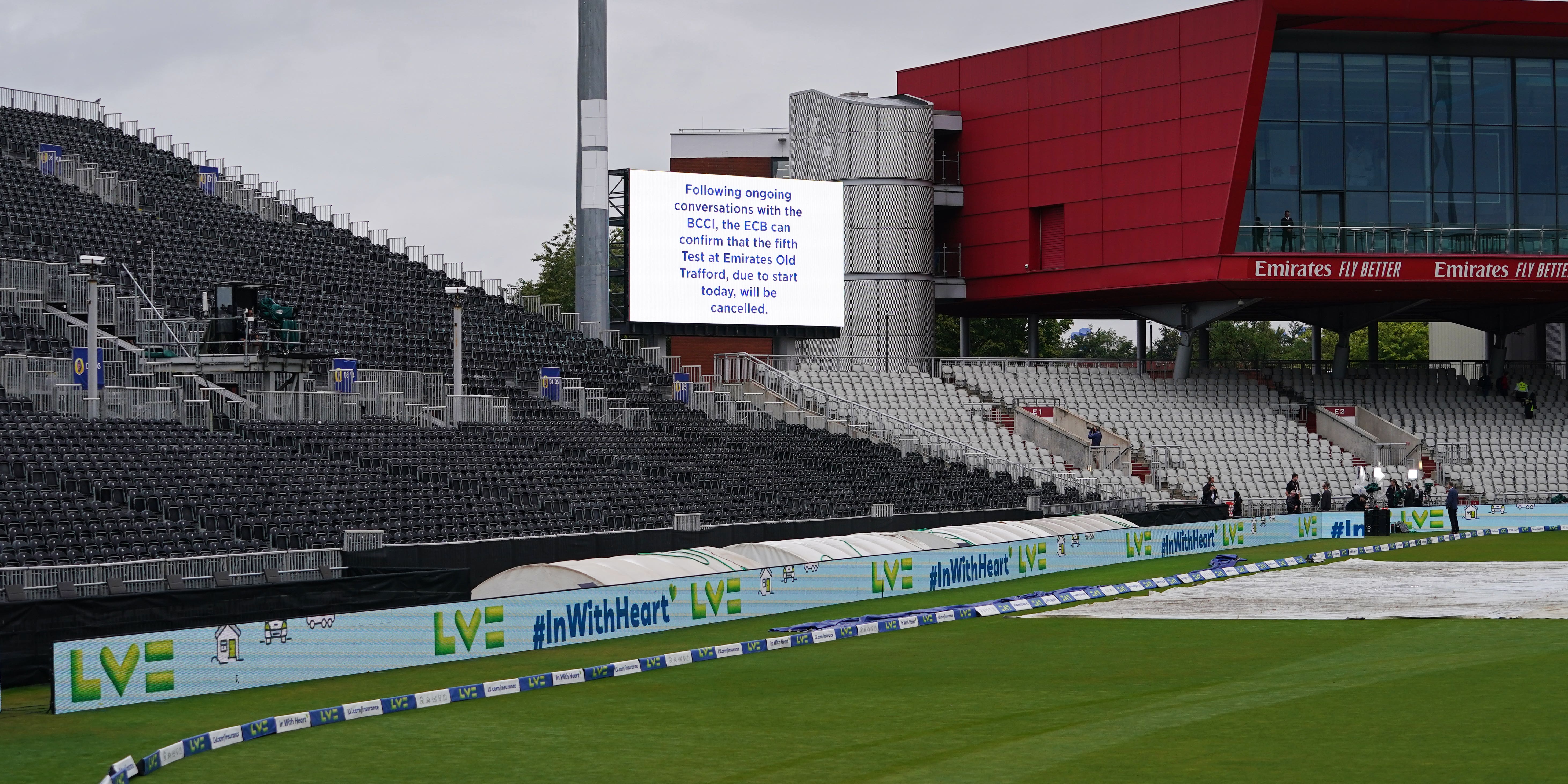 Former England bowler Steve Harmison has said the cancellation of the series-deciding match between England and India signals the “beginning of the end of Test cricket”.

The fifth Test at Old Trafford was called off on the morning of the match after the tourists were unable to field a team due to concerns over Covid-19.

The match was due to get under way in Manchester at 11am but little more than two hours before the scheduled start a statement from the England and Wales Cricket Board confirmed the game would not be taking place.

Harmison said on talkSPORT Breakfast: “My initial thoughts are this is the end or the beginning of the end of Test cricket. When you’re choosing to go down the road, that’s gone.

“And let’s be fair before we start throwing stones, England did it to South Africa. So let’s get that one right from the very start.

“We’re not saying we are a totally innocent party in this because we came home because we didn’t know what was going on. There is a little bit more understanding of Covid now and how we manage it down the road.”

With the Indian Premier League set to resume next Sunday after its suspension due to Covid in May, Harmison said the real cause of the cancellation is obvious.

“This is all about the IPL, end of,” he added. “As much as I’d want to try and sugar-coat it I can’t, I think this is the whole thing is about the IPL starting in five days.

“What do we get a month before the tour started? India saying ‘can we move the last Test match forward? Can we play four days so we can fit the IPL in’.

“And all of a sudden, you know, the Test match is off. I’m maybe putting two and two together and getting millions, but it doesn’t sit well with me. It makes me feel so sorry for the people of Manchester.

“But this is not down to the governing bodies. This is the players saying, you know what, ‘If I catch Covid now, we have to stay here for 10 days, there goes all my money making options, and all the stuff that goes with it’.

“This series has been fantastic. It’s been up there with one of the best series.”

Former England batsman Mark Butcher also acknowledged the restart of the IPL would be a talking point for fans.

“There are also other factors to think of and I’m sure people will be talking about the fact the IPL restarts in the UAE on the 19th and any postponement would push that back beyond the start of the competition,” Butcher told Sky Sports.

“I’ve got a little bit of sympathy in terms of the Indian players, most of whom have been on the road before the Australian series over Christmas and New Year. They did go home to play England but they were in strict bubbles then.

“I can imagine some of those players locked up in their rooms at the moment have had an absolute gutful and want to get out. But that does not dim any of the disappointment for fans and the amount of money involved in putting these Test matches on.

“India are 2-1 up in the series and Virat Kohli as a captain is a man responsible for rekindling the love and the engagement of the Indian public with the Test match game.

“This decision would not have been taken lightly. It’s certainly not the case they are hightailing it without having given it proper due consideration. It’s a really sad day for the game.”

Former England captain Nasser Hussain added: “I have a lot of sympathy with the Indian players as they’ve had two physios (test positive) and the second one would have been treating all the players with some sore bodies ahead of a fifth Test match.

“My actual sympathy is with the crowd. People would have taken days off work, booked hotels and you can imagine how people would have come here to watch this Test match with it set up perfectly – India 2-1 ahead and England looking to bounce back.

“It’s a real shame that it has to end on such a low note.”