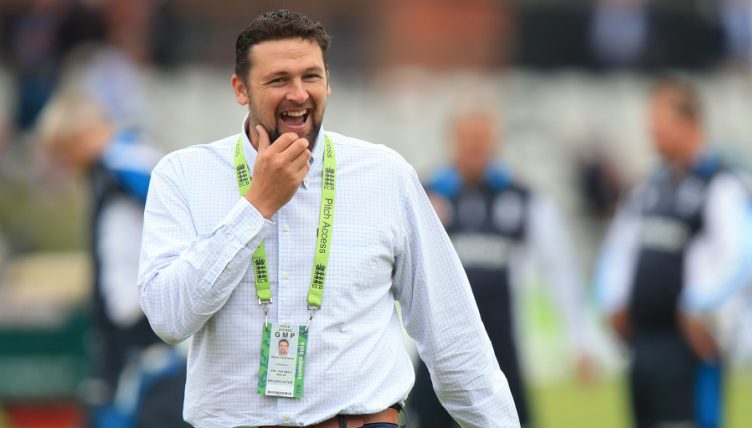 Ex-England seamer Steve Harmison gushed with praise following Ben Stokes’ incredible Ashes-saving performance at Headingley, but believes England must make a crucial roster change if they are to turn their momentum into another victory in Manchester in 9 days’ time.

England regained parity in the 2019 Ashes series on the back of a spectacular unbeaten 135 from Ben Stokes.

The innings began at a snail’s pace on day three with Stokes initially compiling his slowest ever Test fifty, before springing into life on day four with 11 fours and eight sixes that propelled England to a success epic enough to rival that of 1981 at the same ground.

“I witnessed in the early part of his career he got a hundred in Hampshire at the Rose Bowl, I think he hit five consecutive sixes in his 140, you’re thinking at such a young age this guy has got everything if he goes on the right path.

“He didn’t play the greatest of shots in the first innings and then in the second innings, he said to the captain ‘right, give me the ball, Jofra Archer is off’.

“(Stokes) has got his team in a position to win the game and he’s gone and done it himself yesterday afternoon. It brought a lump to your throat, a tear to your eye and to see the people at Headingley jumping and screaming, English cricket, Test match cricket – it’s been a fantastic summer for the game that we all love.”

“I think it was written in the stars that it was going to be Ben Stokes’ day and he fully deserved it.”

England’s attentions will now turn to the fourth Test in Manchester with England knowing that just one win for Australia will see them retain the Ashes due to their status as holders.

England’s all-time leading wicket taker James Anderson looks set to be cleared for a recall following a calf injury should he come through unscathed in another second XI match for Lancashire this week, but questions remain about England’s batting order, with Joe Denly, Jason Roy and Jos Buttler all critically lacking in form.

“I think Anderson for Woakes is probably the most likely (change), given how much has gone through Chris Woakes’ body,” Harmison said on England’s selection dilemma.

“I know there have been a few niggling injury problems over the winter and through the World Cup so I think the logical thing would be to bring Jimmy back in and give Woakes a break and have Woakes firing and ready to come back in for the Oval.”

Regarding the batsmen in question, Harmison added: “I just look at it and think they are too talented to leave out and is there anybody in the county scene who is knocking at the door? I don’t see it so I think you just continue with the talent that you’ve got and hope that they come good for you.

“Jason Roy is a fantastically talented cricketer, as is Jos Buttler and I think we give them the best chance we possibly can to get through to the Oval and day five and hopefully win the Ashes.”