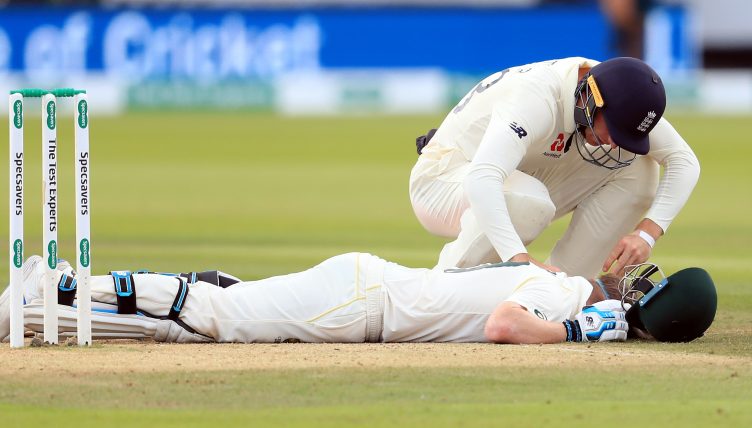 Jofra Archer has admitted the late Phil Hughes came to mind when he left Steve Smith concussed with a 92mph bouncer during last summer’s Ashes.

Former Australia batsman Hughes died after being struck by a short delivery during a Sheffield Shield match in 2014 – an incident that came to mind when Smith hit the turf at Lord’s.

Archer did his best to keep his composure on what was his Test debut but he has revealed his immediate concern for his Rajasthan Royals team-mate.

“My first reaction was that it hit the helmet but a few seconds after he went down, everyone was like ‘Oh no’,” he told Drive on talkSPORT.

“We had the stuff with Phil a few years ago and, generally, anything that hits you in that vicinity is going to be trouble. I’m just glad that he came out on the other side of it and batted in two games.”

Archer has not played since the Boxing Day Test in Centurion after sustaining a stress fracture but has benefited from a long period of enforced rest – stretched beyond his own medical prognosis by the coronavirus lockdown.

He could soon be put back into some form of formal training regime by the England and Wales Cricket Board, who could look to step up the efforts of their fast bowlers following a shift in government advice.

As yet there is no firm return date for the international schedule to get under way, but Archer would welcome artificial effects being piped in if a behind-closed-doors fixture list is approved.

In his Daily Mail column, he said: “Playing in silence will take some getting used to, so it might be useful to play some music, some simulations of a crowd, something to create an atmosphere.

“The best solution, if we do have to play behind closed doors, might be to have cheers and clapping when someone hits a four or a wicket falls. These are the little things that will make it as normal as possible even though it won’t be a normal occasion.”