Steve Smith fit and ready to take on England attack 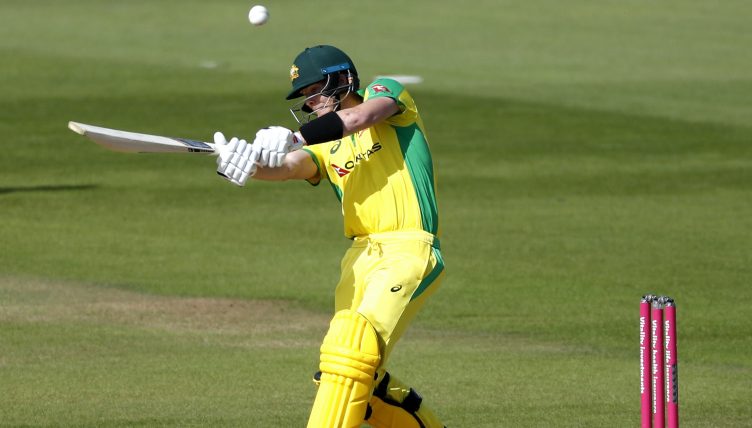 Steve Smith will relish the challenge of bowlers trying to “bump the hell out of him” when he returns from a concussion scare to face England on Sunday, according to Australia team-mate Mitch Marsh.

Smith was a surprise absentee from the series opener on Friday, with captain Aaron Finch revealing he had sustained a blow to the head while facing throws from a member of coaching staff in the nets.

That immediately brought to mind the sickening strike to the neck he received from a 93mph Jofra Archer bouncer during last summer’s Ashes, which led to Test cricket’s first concussion substitution.

The 31-year passed his initial assessment but was left out as a precaution pending a follow-up test, which also came through clear on Saturday. Australia’s medical team will continue to monitor him, but only an unexpected setback will stop him taking the field at Emirates Old Trafford.

Australia’s rapid pace attack will not be going easy on him in training and England’s express duo of Archer and Mark Wood are unlikely to pull their punches in the middle either. And Marsh believes that is just how Smith would like it.

“The Steve Smith I know will probably ask guys to bump the hell out of him, he loves the contest,” said the all-rounder.

“Anyone that bowls 150kph, he loves the challenge, so certainly there will be no backing down from Steve, I know that 100 per cent for sure. I’m looking forward to seeing that happen.

“I hope he’s back tomorrow and hopefully he’s feeling better. It was a good decision in the end, there’s no need to take unnecessary risks – certainly with head injuries. Any time you have Steve Smith coming back into the team is a great feeling.”

Having kicked off the three-match series with a dominant win, Australia have the chance to take an unassailable lead over the world champions.

Having lost 5-0 and 4-1 in their last two attempts against their rivals, that would represent a considerable breakthrough for their 50-over cricket.

“Our one-day team has been under a little bit of pressure of late, so it was really nice to respond with a great win,” said Marsh, who made an important 73 to help his side to a winning total of 294.

“We know we are only one away now from a series win so that’s a big carrot for us. We spoke in the changing rooms straight after the game about how they are the number one team for a reason – they bat deep and always come at you, so we’ll have to be ready for that and make sure we are up for the fight tomorrow.”

Strike bowler Mitchell Starc suffered some soreness in his upper leg after slipping in the outfield in the previous match and a late decision will be taken on his fitness.