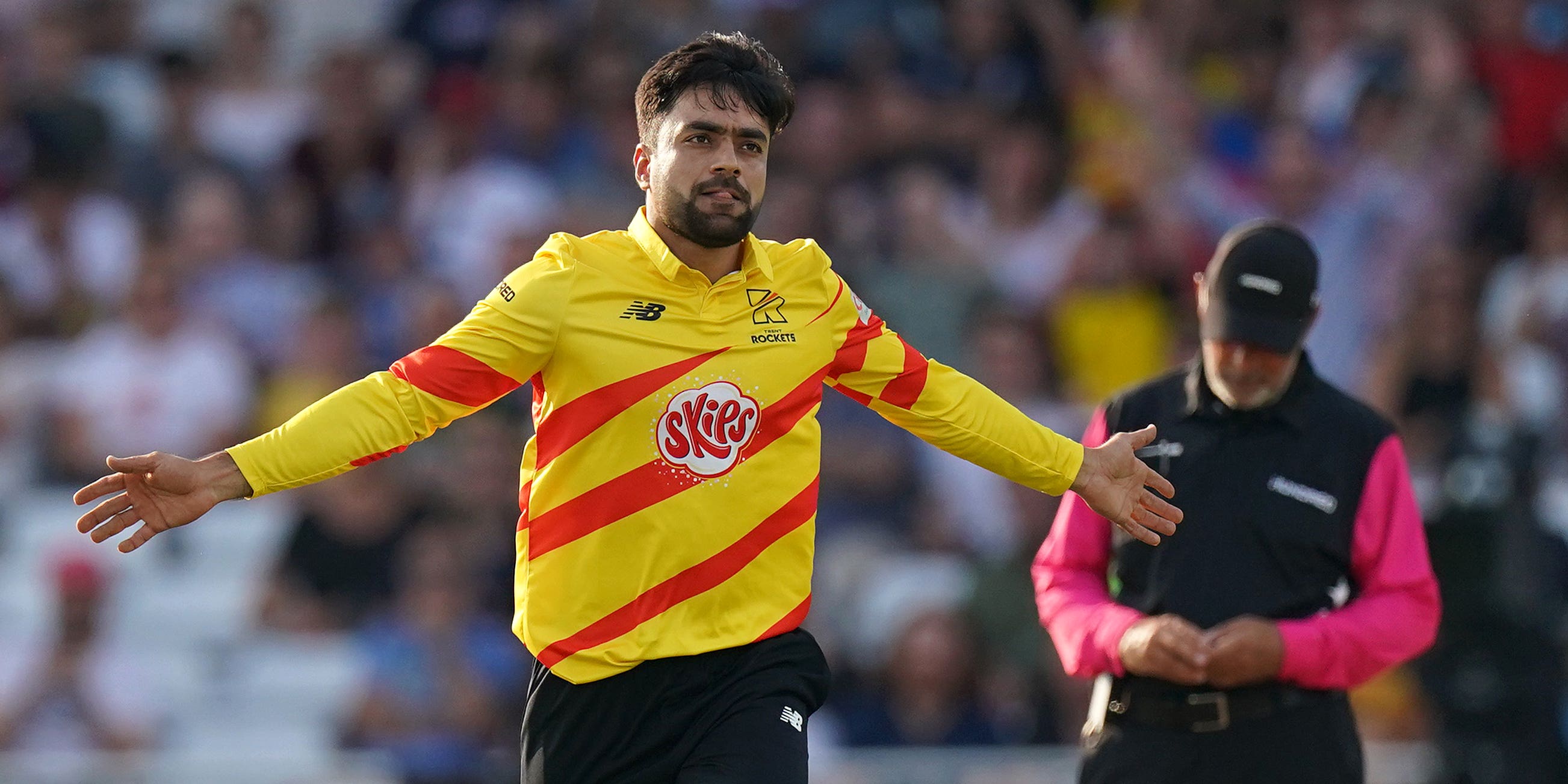 Steven Mullaney is unsurprised that Rashid Khan is regarded as one of the world’s best white-ball bowlers after watching the leg-spinner spearhead Trent Rockets despite a backdrop of turmoil in his native Afghanistan.

Rashid was the number one draft pick for the inaugural edition of The Hundred, postponed by 12 months to this year because of the Covid-19 pandemic, and he has underlined his star status as the joint leading wicket-taker.

His 12 wickets at an average of 17.08 have helped the Rockets into Friday’s men’s eliminator against Southern Brave at The Oval, where the winner will progress to Saturday’s final versus Birmingham Phoenix at Lord’s.

His success comes amid the recent upheaval in his homeland. After chatting to Rashid, Kevin Pietersen said on Sky Sports recently: “He’s worried: he can’t get his family out of Afghanistan and there’s a lot of things happening.”

Mullaney told the PA news agency: “The squad are rallying around Rashid and he’s focused on helping the team. He’s a great guy, it’s been great to get to know him and play with him.

“He’s a normal guy who’s very good at what he does. Everything he does, whether he’s fielding, bowling or batting, he always takes the attacking option, always takes it to the opposition and he’s great to have in your side.

“But off the field he’s just a really genuine person, a really nice lad. I think people forget how young he is, he’s only 22.

“His cricket speaks for itself, he puts everything into it and it’s no surprise after being in the same side as him for a month that he’s the best in the world.”

Mullaney is competing in his first franchise competition aged 34 in a 100-ball competition that sharply divided opinion ahead of its launch last month, with some rule tweaks questioned by cricket’s existing fanbase.

But the all-rounder is enjoying the entire experience and insisted he has not yet been caught out by the alterations, with the six-ball over abolished in place of bowlers sending down either five or 10 successive deliveries.

Nottinghamshire’s club captain said: “After the first couple of games, it’s just been normal, you get used to it. It will probably be a bit different going back to six balls next week, I suppose!

“It’s a little bit different but it doesn’t feel too much different to T20. At the end of the day, it’s a bat against a ball and you’ve seen some unbelievable bits of cricket.”

The Rockets started their campaign last month with a nine-wicket victory over the Brave, who have bounced back from losing their opening two fixtures to record five successive wins in completed matches.

Asked whether their win over the Brave would have any bearing on their next showdown, Mullaney added: “No, absolutely not. They’ve gone six games unbeaten (five wins and a washout).

“(South Africa wicketkeeper-batsman) Quinton De Kock didn’t play against us last time. They’re obviously in a good space, they probably know how to play with each other a lot more now and have got role clarity a lot more.

“But we should be very confident going into the game. I think it’s probably going to be one of the games of the tournament.”

In the women’s eliminator earlier on Friday, Oval Invincibles play Birmingham Phoenix at The Oval, with the winner to take on the much-fancied Southern Brave 24 hours later at the home of cricket.