Home News Steyn ruled out of second Test in Bangalore

Steyn ruled out of second Test in Bangalore 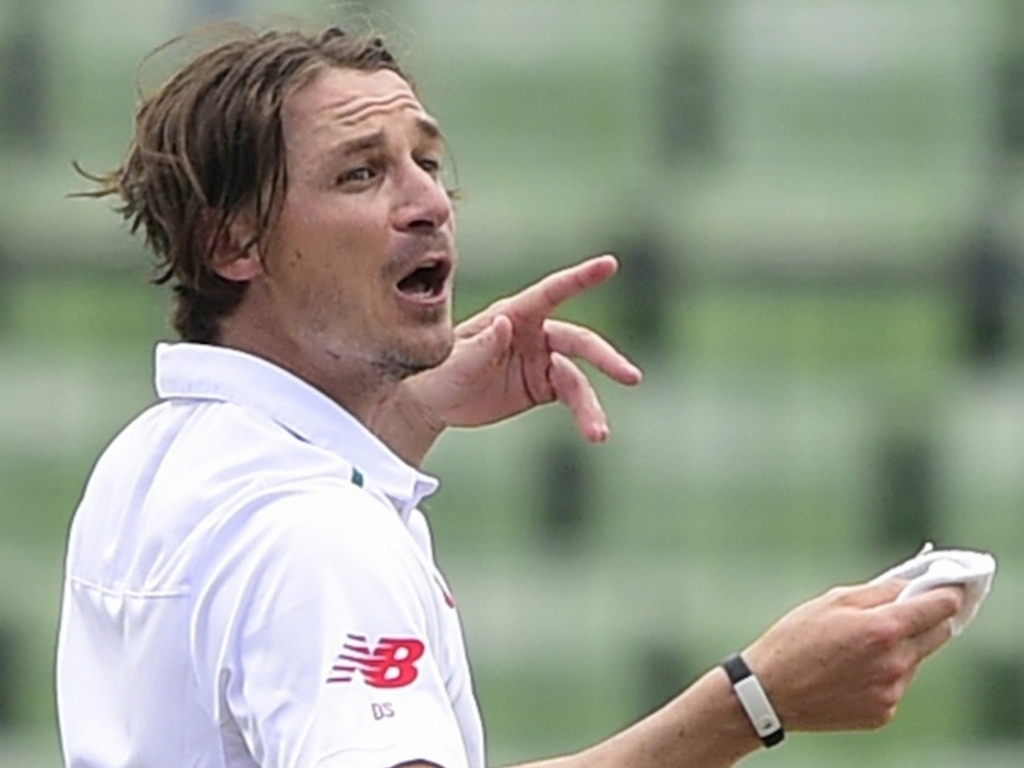 South Africa have been struck by a huge blow with the news that fast bowler Dale Steyn has been ruled out of the second Test against India, starting in Bangalore on Saturday.

Steyn, who is the premier paceman in world cricket, suffered a groin strain in the first Test in the Mohali, which the Proteas lost by 108 runs.

The news comes on the back of fellow seamer Vernon Philander being ruled out for the remainder of the four-match series after injuring his ankle in training on Thursday.

Proteas captain Hashim Amla said: "Losing Dale, one of the best bowlers in the world, and Vernon, arguably the best all-rounder in the world, certainly changes the dynamics of the whole team.

"But the guys who are going to be replacing them are quality cricketers and we are very fortunate to have a great depth in our bowling attack, especially.

"If you want to win a series, it is generally won by 15 players and not 11. We still have a potent bowling attack to back it up."