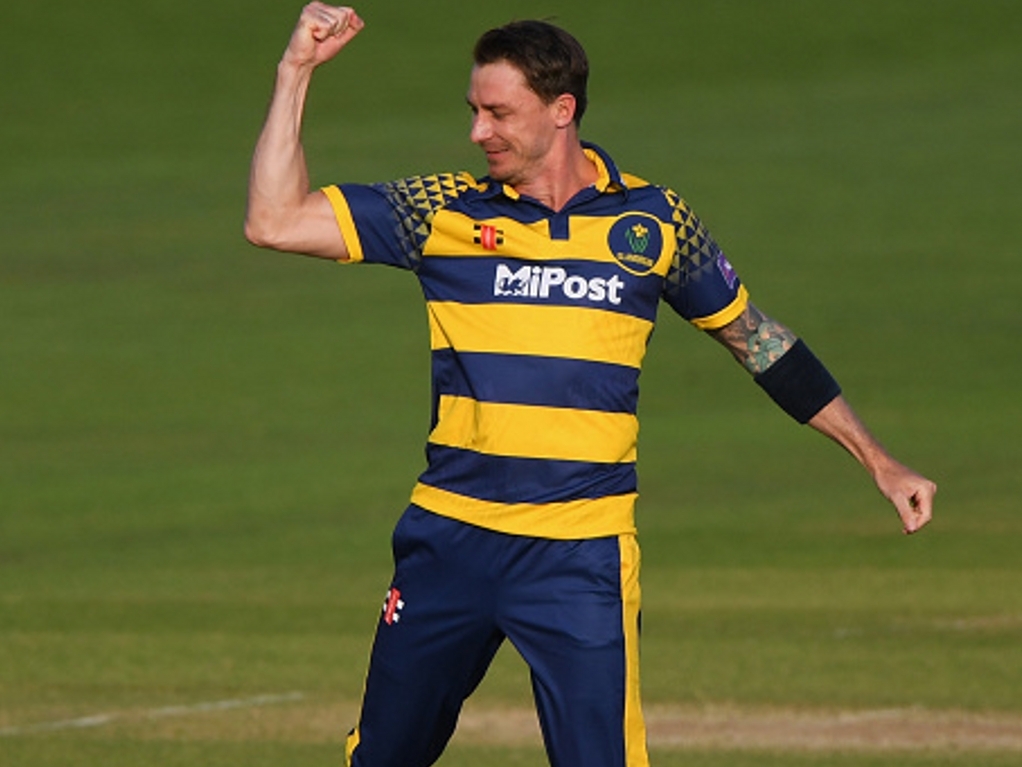 South Africa fast bowler, Dale Steyn, is enjoying getting some overs under his belt while playing for Glamorgan in the Natwest T20 blast.

Steyn was left out of South Africa's ODI squad for the triangular series in the Caribbean, but has been among the wickets for Glamorgan in English cricket's inaugral T20 showpiece.

The quick has taken nine wickets in his last three outings, and told the BBC how great it feels to take wickets again, saying: "I'm loving it, just to feel that vibe again, feel that energy flow about taking wickets,"

The paceman has struggled with a shoulder injury this year and featured in only one IPL game for the Gujarat Lions, and just two T20Is for South Africa in the World T20.

South Africa's all-time leading wicket-taker in T20Is, commented on getting back into taking wickets: "Just to get back into that (wicket-taking) mode, when you don't do it for a while, you miss it, you almost forget how to do it,"

Steyn's first game for Glamorgan was against Essex, where he missed out on taking a wicket with his first ball due to a dropped catch and went on to finish the game wicketless: "When I played against Essex I was a bit rusty, one or two things didn't go my way and you doubt yourself again.

"But the second game, when I got a wicket, it kicks in again."

The South African seamer will play one more game for Glamorgan before jetting off to Jamaica to join up with the Tallawahs for the 2016 Caribbean Premier League, and is hoping he can help the Cardiff-based outfit to a win and leave a lasting impression on the team: "I'd love to win that,

"Glamorgan top of the log (table), and I hope I've come and added some kind of influence on the guys' game as well as the matches,"