Home Blog Opinion Stick with the new plan, even in defeat

Stick with the new plan, even in defeat 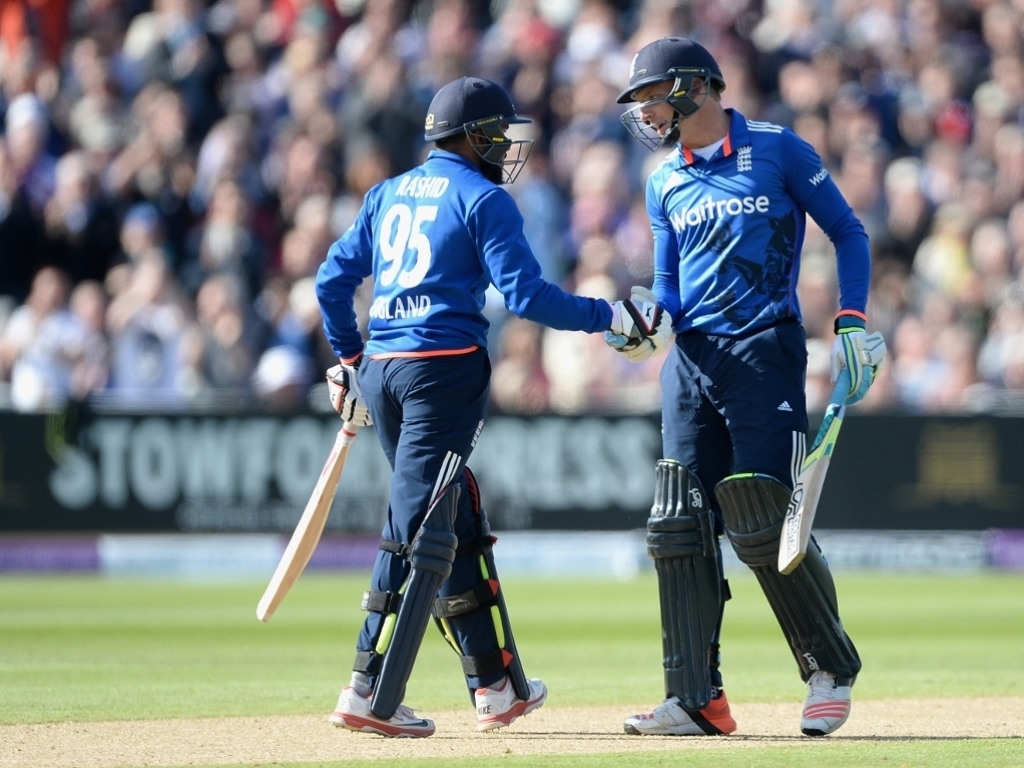 England's One Day International team have rewritten the record books in this New Zealand series. In the first match they set their highest ever score, reaching 408-9 in their 50 overs. In the second game they set off like a runaway freight train in pursuit of 399. They managed to get to 365-9 off 46 overs in a rain shorten game.

That is the highest total England have ever made batting second in an ODI, and although it was in a loss, the fact that Eoin Morgan’s team got within 13 runs of the adjusted target is remarkable. They lost the game, but it proved that this new approach, based on aggressive intent, was not a one-off. It was a definite plan that was executed well.

In Southampton England made it three totals of more than 300 in a row. It's the first time they have ever done this. Yet another record. In just five days England had managed to smash batting records with ease.

We, as England fans, should be happy. This is what so many of us have wanted for so long. The exciting, talented, and aggressive young batsmen in the England line up have been given licence to just go out there and smash it.

Despite all of this joy at England finally catching on to the way the game is played in the 21st Century, I am not happy. I got up to watch every England game during the World Cup. Those 3.30am starts to watch the top order scratch around like a kid that had rolled in poison ivy as they stumbled to uncompetitive totals that they had no way of defending were painful.

I watched as the England cricket team topped off a disastrous 18 months by becoming a laughing stock on the biggest stage in the world. Our neighbours from over the Irish sea with a fraction of the funding and without their best bowlers managed to beat full member opposition. England could not.

Now we are at the beginning of a new cycle and the chances of winning the World Cup are now four years away and England have only just figured out what others had realised years ago. Better late than never you may say, but that stubbornness still rankles.

The new players in the this side may well have struggled at the World Cup, but if England had been picking them in the two years before the event took place they would have stood as good a chance as the team that was sent.

Instead they waiting until the eve of the tournament to ditch Alastair Cook, despite months of failure, and maintained the safety first approach that had served them well in home conditions briefly in 2012 and 2013.

There is something more frustrating than the ridiculous selection at the World Cup, so many faded and out of form players in the squad. More irritating than the insistence that they would play attacking cricket only to stutter as they always had done.

The thing that drives me insane with rage at the 2015 World Cup performance is that the players that have done so well against New Zealand are the ones that were in the squad at the World Cup. Joe Root, Eoin Morgan and Jos Buttler have all been breathtakingly brilliant so far. The culture that was created under the previous regime was so muddled that even these superbly talented men could not find a way to express themselves.

That it took the worst World Cup in their history for England to admit that a radical change in approach was needed is infuriatingly remarkable. I have sat and watch as England were destroyed by teams playing carefree cricket for years now.

Peter Moores has lost his job, and if his sacking brought about this change so quickly it was undoubtedly the right move. Paul Downton has also been shown the door following a tumultuous stint as England Managing Director.

The selection panel, led by James Whitaker, are now under scrutiny. Andrew Strauss has said he will be looking at the whole process now he is in post with a wide reaching remit to see about changing the culture. If this series is the start of that process we should be very hopeful that he will do just that.

As this new approach beds in there will be times where this team will lose. In the face of those defeats this needs to be persevered with. This level of aggression will bring victories in the long term, but it will also draw people to the sport in the short term. This has been the most fun I have had watching England in ODIs since I started watching England play ODIs.

Those World Cup memories just won't disappear. The men in charge of that campaign let down those of us who care for England cricket very badly. The hope has to be that the next time it becomes so obvious that the game in this country is heading in the wrong direction it will not take this level of abject humiliation to bring about a change.