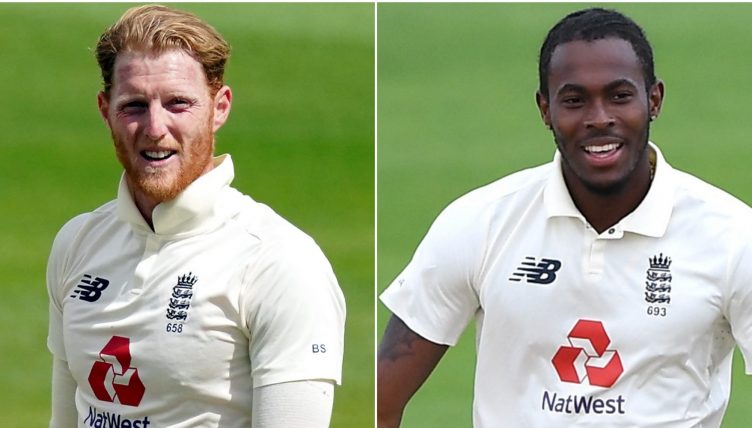 Ben Stokes and Jofra Archer have been rested for England’s Test series in Sri Lanka next month, ushering in a packed new year touring schedule that could see captain Joe Root missing key players at every stage.

England are preparing to spend three unbroken months in Asia, leaving on January 2 for two Tests in Galle before heading directly to India for a 12-match, three-format trip.

The scale of that challenge has made it all but impossible to keep the show on the road with the same core group involved throughout and plans are now in place to increase the emphasis on squad rotation.

As an unavoidable result of that policy, it means England may not be able to send out an entirely full-strength side at any point on their forthcoming travels.

Stokes, who lost his father Ged to brain cancer just a few days ago, and key paceman Archer had already been excused from duty for the aborted one-day matches against South Africa and have once again been stood down for the Sri Lanka trip.

They will return to the fray for the high-profile visit to India but England have made it clear others will be in line for a break.

Players with extensive red and white-ball commitments will be given time off in the exhaustive itinerary, with management set to rest some for the start of the series and others in the gap between double-headers in Chennai and Ahmedabad,

Moving players in and out of the country during a series is an unorthodox approach, but one that appears increasingly sensible given the seemingly endless demands on the national side.

“All the multi-format players – players like Ben Stokes, Jofra Archer and Jos Buttler – are going to have a period of rest at some point during the Sri Lanka and India tours,” said national selector Ed Smith.

“We have told them with total clarity about the Sri Lanka situation, and also we were just able to guide them a little bit about what we think is coming up for them. We know in cricket things can change but we have identified gaps where some people will have a bit of time off and some rest.

“One innovation we are bringing in is that we will be making changes in India mid-tour. The way to think about this winter is in three blocks of two tests: the two Tests in Sri Lanka, India one and two, India three and four.

“There may be changes beyond that, too, but we think that’s the only way to make sure we balance having the right number of resources in each position and also getting rest into players like Jos Buttler, Jofra Archer, Ben Stokes, Sam Curran, Mark Wood, Chris Woakes etc.”

The travelling party for Sri Lanka consists of 16 full squad members and seven reserves, who will take part in England’s pre-series practice in Hambantota and also provide Covid-19 cover.

Opening batsman Rory Burns is not included, having previously advised selectors about the birth of his first child, with Jonny Bairstow recalled to the Test squad as he eyes a first cap since December 2019.

His inclusion was a foregone conclusion from the moment he withdrew from his Big Bash League contract with Melbourne Stars to clear the necessary space in his diary.

Bairstow scored a fine century in his only previous Test appearance in Sri Lanka batting out of position at number three and that slot could be vacant again, with Zak Crawley likely to move to the top of the order in Burns’ absence.

“Jonny has a very good record against spin and we saw in different formats what a talented player he is in recent weeks,” said Smith.

“He’s missed out on selection in the past year and he’s been very frustrated by that, but this felt just the right moment to reintroduce him, with his pedigree against spin in Asia and with some gaps in the squad as well with Ben Stokes and Rory Burns not there.”

Unlike Bairstow, Lawrence has made it to the BBL and is currently with Brisbane Heat, but will now cut short his stay. The 23-year-old has been one of the most reliable run-scorers on the domestic circuit during Essex’s recent renaissance, winning two County Championships and the Bob Willis Trophy.

“I think Dan Lawrence is one of those unusual players, but he’s got that real quality about him. He has his own style,” said Smith.

“He has real confidence and presence at the crease. He’s inventive, he’s versatile because he’s also a good short-format player, and he really impressed on the England Lions tour just under a year ago.”

Lawrence owes his chance to Ollie Pope’s ongoing recovery from a dislocated shoulder, with the Surrey batsman joining the squad to continue his rehabilitation ahead of a planned recall to face India.

Spin was at the heart of England’s 2018 whitewash win in Sri Lanka and a total of six slow bowlers will make this trip – Dom Bess, Jack Leach and Moeen Ali in the main squad, supplemented by Mason Crane, Matt Parkinson and Amar Virdi.

Despite positive talks around a Test comeback Adil Rashid, still probably the most talented spinner in the country, continues to consider himself a white-ball specialist due to lingering shoulder problems.