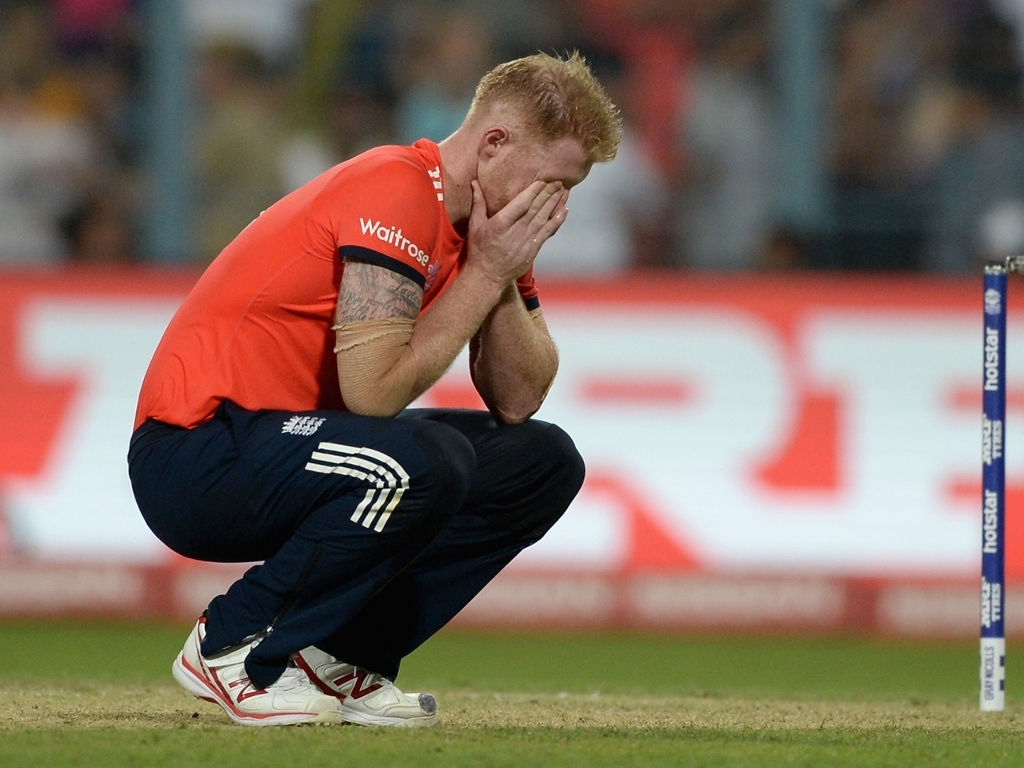 England all-rounder Ben Stokes has opened up about the last over of the World Twenty20 final, saying he felt like the world had collapsed down on him when the winning runs were struck by Carlos Brathwaite.

The West Indies needed 19 off the final over, and Stokes saw his first four deliveries smashed for sixes, leaving two balls to spare. Stokes was left kneeling on the pitch, being comforted by team-mates.

He told the Telegraph of his mindset at the time: "I thought, 'I've just lost the World Cup'. I couldn't believe it. I didn't know what to do.

"It took me so long to get back on my feet. I didn't want to get back up. It was like the whole world had come down on me. There weren't any good things going through my mind. It was just complete devastation."

"I couldn't reflect on it at the time. There was just shock. But I said to 'Morgy' (Eoin Morgan) afterwards that I was more nervous bowling the last over of the semi-final than I was the final.

"Maybe it was from confidence of doing it plenty of times before. That was how I felt before the over. After the over I was devastated and you could see that from the pictures.

"The team and management are very quick to be very supportive of you in those situations. But they couldn't really say anything to make me feel much better. They gave me a hug and said 'It's all right mate'. There wasn't really much more they could say at the time.

"Disappointment is the biggest emotion now."