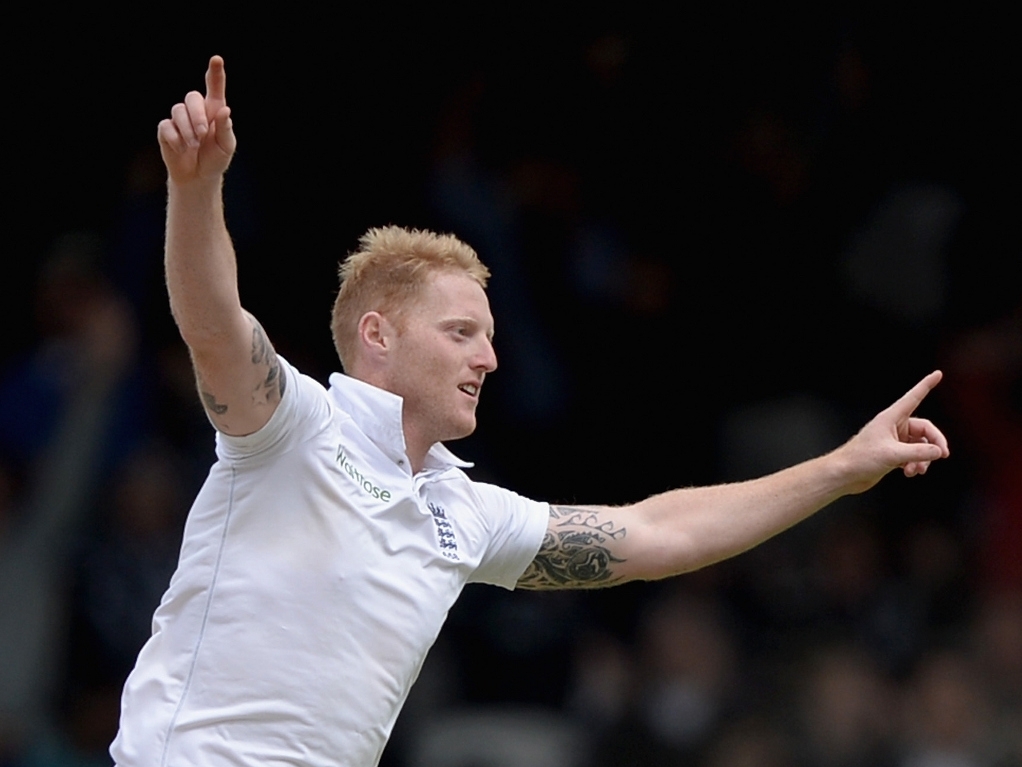 After taking five wickets in Australia's second innings in the fourth Ashes Test at Trent Bridge, England allrounder Ben Stokes says he wanted to take more responsibility with the ball because of the absence of seamer James Anderson.

Anderson, who is England's all-time leading wicket-taker with more than 400 in Test cricket, had to sit out the current Test against the Aussies as he had picked up a side strain in the third Test at Edgbaston.

He was not really missed though as Stuart Broad took eight wickets to skittle Australia out for just 60 on the first day in Nottingham. With England declaring on 391 for nine, a lead of 331, Stokes stepped up with the ball on the second day.

He recorded figures of five for 35 in 16 overs as the Aussies were reduced to 241 for seven, still 90 runs behind England with three wickets in hand, before the players came off the field for bad light.

Stokes told Sky Sports: "We're a bowler down with Jimmy so there was more responsibility put on all of our shoulders. Obviously Broady put his hand up and bowled fantastically well in the first innings and we had to back him up.

"We couldn't all rely on him in this innings but everyone has put their hand up and done well. It's unfortunate that we had to come off for bad light but we're in an unbelievable position here.

"We need three wickets and they need 90 to make us run again but the most crucial thing is that we go out tomorrow and make sure we don't have to get the pads on because their tail end wagged a bit of Edgbaston so hopefully we can just knock them over and get the game over and done."