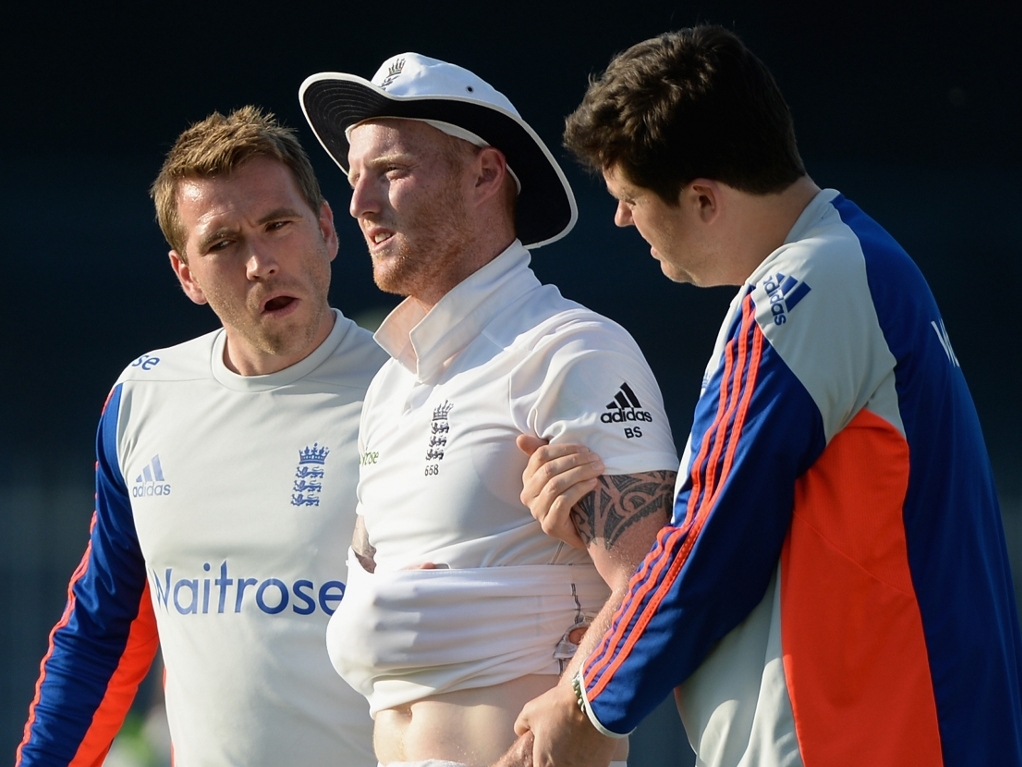 England all-rounder Ben Stokes could play no further part in the third and final Test against Pakistan in Sharjah due to a collar bone injury, and will only bat if definitely required.

Stokes injured himself on day one when diving to take a catch, and fell awkwardly on his shoulder. He walked off the field with his shirt used as a sling, and scans revealed the collar bone joint injury.

He did bat on day three, but lasted only 10 balls and was out for a duck, as he could not follow through with the bat, and his arm was heavily strapped. He did not take the field for Pakistan's second batting innings.

A statement on the ECB website read: "It has already been decided he will be unable to bowl or field for the remainder of the match but if circumstances dictate he may bat.

"His injury will be reviewed in seven to 10 days once it has had a chance to settle. A decision about his return to play will be taken at this time."

After this series, Stokes has until December's tour to South Africa to heal.