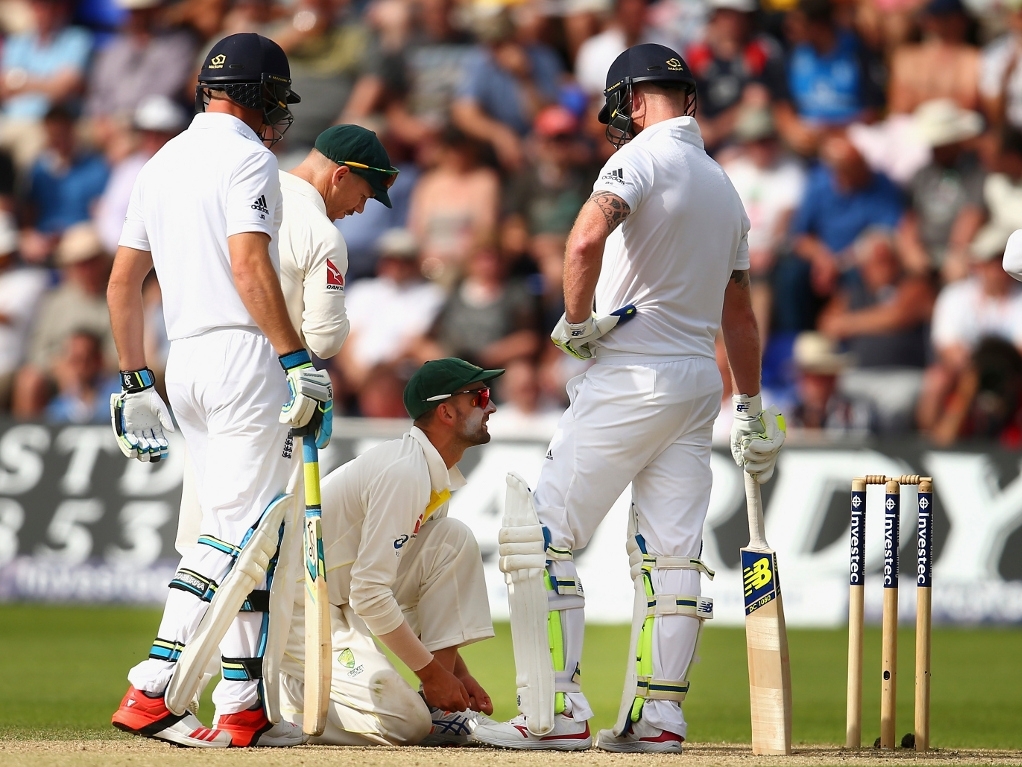 England all-rounder Ben Stokes has a reputation for having a fiery temper, but the antics of Nathan Lyon and David Warner in the first Ashes Test in Cardiff left the Durham man cold, he says.

The Australia pair tried to put Stokes off his game by standing in his way at the end of the over, when he normally sweeps his bat in an arc through the batting crease. Lyon bent down in that area to ostensibly tie his shoe laces.

But Stokes, who recorded scores on 52 and 42 in England's 169-run win, didn't let it bother him, and instead turned the tables on the mischievous pair by threatening their skipper's over rate.

Stokes told mailonline.co.uk of the incident: "That was pretty silly, I thought.

"Rooty (Joe Root) said that if they're trying to do that, they must be thinking we're on top. So if they're going to do that for the rest of the series then fair enough.

"Haddin picked up on my habit when we were in Australia last time. He said: 'You're still doing that, then?' I said 'Yeah'.

"Then Lyon and Warner thought it would be funny to stand in my way.

"I just said: 'You can stand there all day because I'm not moving until you move. If you want to get your captain’s over-rate down then so be it.'

"I guess they wanted me to react, but it just didn't work."

As for his bowling, Stokes knows how vital his fourth seamer role is in the side, and feels that he and rookie Mark Wood have to provide solid back up to senior pacemen James Anderson and Stuart Broad.

He continued: "We know we've got to deliver and keep the pressure on. It’s what Jimmy and Broady do all the time. Me and Woody have got a lot of responsibility and we thrive off that.

"That’s how the best teams in the world do it. If one guy is not particularly doing well, the other is generally holding an end up or taking wickets.

"That’s how it’s been since the summer started against New Zealand. Everyone has come in, put their hand up and done really well.