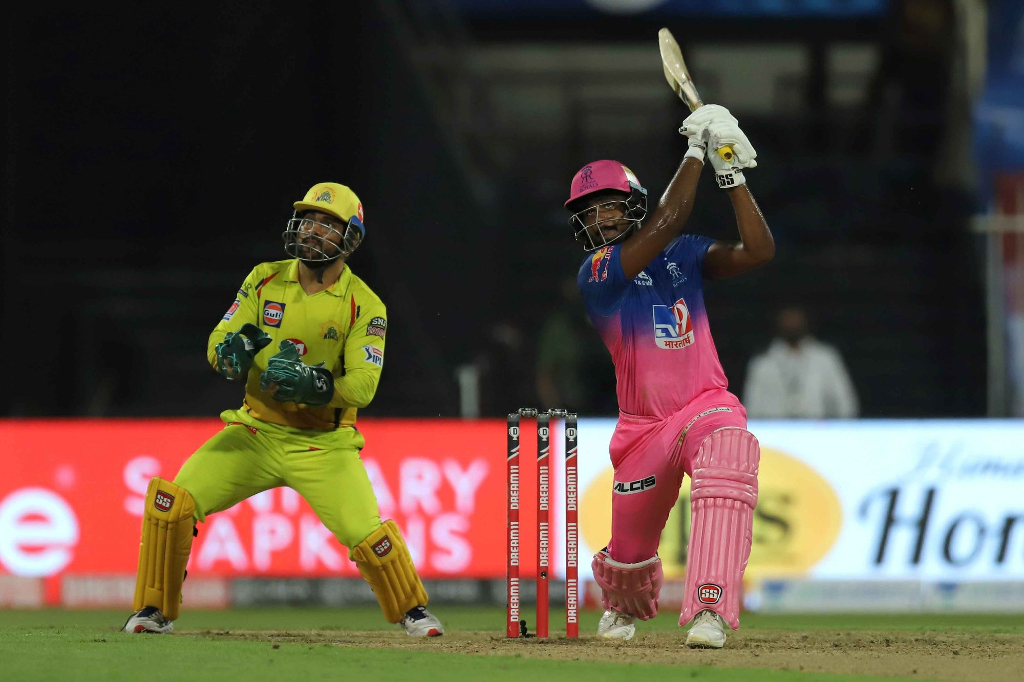 While Chennai Super Kings may have been relieved to not face Jos Buttler in the Rajasthan Royals opening match of the Indian Premier League they were punished by another wicketkeeper-batsman in Sanju Samson.

Samson revealed after his 32-ball 74 that he has spent the coronavirus lockdown working on his power-hitting.

Far from putting his feet up in the break, Samson used the time to step up his gym work and stuck to a strict diet in a bid to be able to hit the ball further than ever before.

“I think range-hitting is what the game demands in this generation,” Samson told Star Sports.

“I had time to work out in these five months, and I think I’ve increased that ability.

“I’ve been working hard on my fitness, diet and training, and on my strength, because my game relies a lot on power-hitting.”

In the arc, out the park

As for his gameplan out in the middle, Samson keeps it really simple with his ‘see ball, hit ball’ approach. With nine sixes and just one four in his innings it is clear that the 25-year-old aims to clear the fence whenever possible.

“My game plan is stand-and-deliver. If it’s in the arc, I go for it, and it’s very important to keep the intent to hit the ball if it’s there to be hit.”

Opposition skipper MS Dhoni pegged the loss on three expensive no-balls but Samson’s performance won him the man of the match award and the former India skipper’s praise.

Buttler missed out on the first match as a result of his decision to bring his family into the bio-bubble with him affording Samson a chance to keep wicket.

Samson is hopeful that he might be able to retain the gloves after completing two stumpings and bagging a brace of catches in his side’s opening match but said that decision would be made by the Royals coach Andrew McDonald.

“Everyone likes to keep wickets and no one likes running around, but it’s up to the coach. We are happy to bring smiles on the fans’ faces and we hope to continue doing so,” Samson added.

The Royals will face Kings XI Punjab in their next IPL assignment on Sunday 27 September.