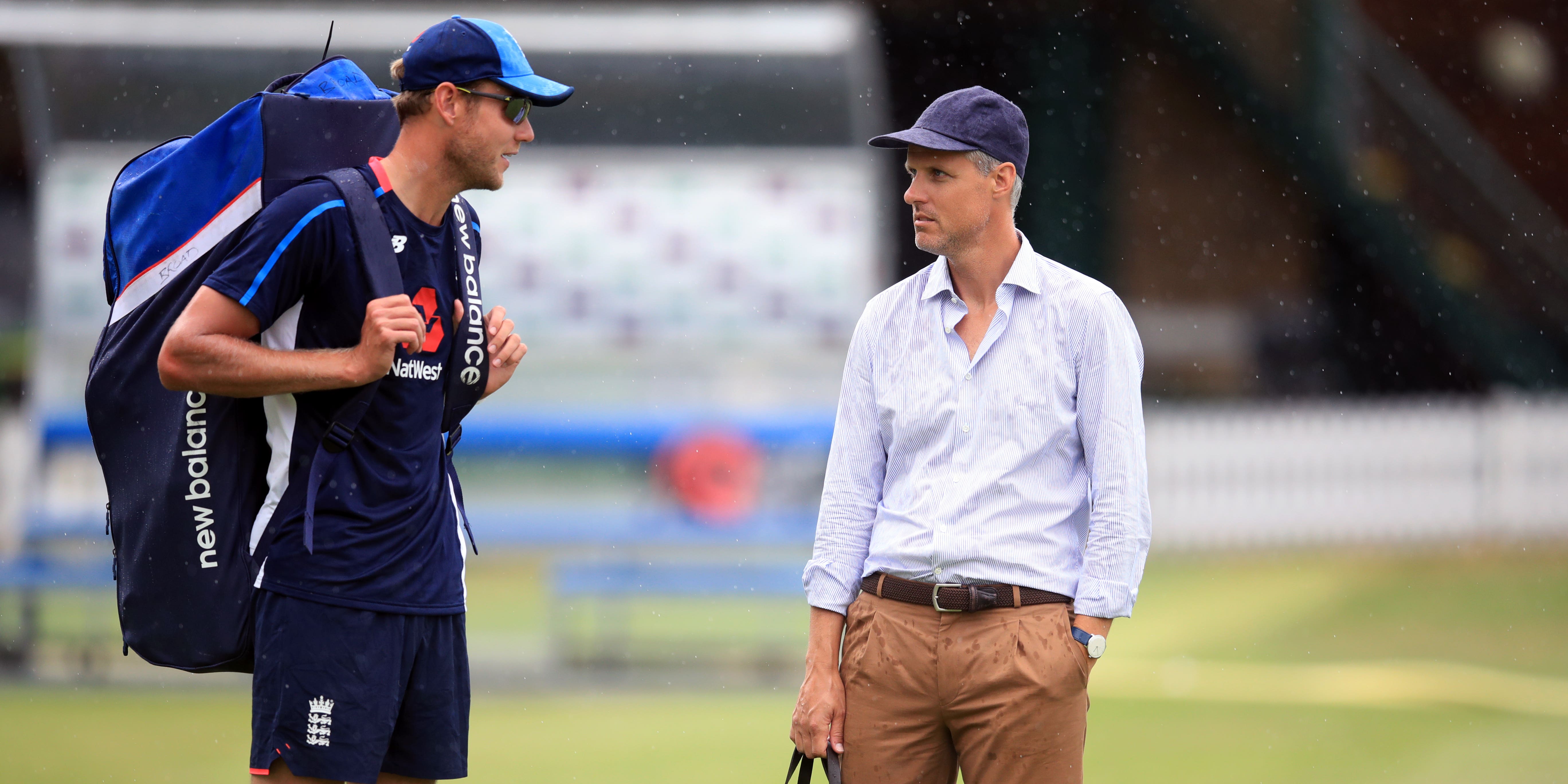 Broad stands seventh on the all-time list of Test wicket-takers with 517 scalps and is second only to his long-time partner James Anderson among Englishmen, but was left to question his standing under Smith.

The former Kent batsman was ousted last month when his job was dissolved, leaving head coach Chris Silverwood in sole charge of picking players and Broad to reflect on what appears to have been an uneasy working relationship.

Although the make-up of final XI has traditionally fallen to captain and coach, Broad sought talks with Smith after being left out of the first Test of last summer – a decision which left him “frustrated, angry and gutted” – and was similarly aggrieved over his omission on a spicy pitch in Barbados in 2018.

“A lot of people have bosses who don’t rate them as much as other people and I think he was mine,” Broad said at the launch of Lifebuoy’s partnership with the Chance to Shine charity.

“He probably didn’t rate me as much as other players. That’s fine, but I kept finding a way to prove some selection decisions wrong.

“I really disagreed with getting left out in Barbados, where it’s one of the best places to bowl as a tall fast bowler, and there are a few occasions where I have felt a bit disgruntled and didn’t have the clarity of communication that I would like.

“I am very open to being told things: have a discussion face to face and then have a beer and move on, that’s how I like to do things. Maybe Ed and I didn’t have that sort of relationship.

“From my point of view we struggled a bit on the communication side and probably saw the game of cricket slightly differently. He did a lot for bringing through some young cricketers and giving them exposure into the international scene but maybe he didn’t rate me overly highly.”

Having already chaired his first selection meeting, Silverwood is preparing to announce a squad of 15 to face New Zealand next month, missing the injured Ben Stokes and Jofra Archer as well as the Indian Premier League players who have just emerged from quarantine.

Broad and Anderson are set to be joined by fellow seamers Mark Wood, Olly Stone, Craig Overton and Ollie Robinson, with the possibility all six could see action in the two-match series as part of a planned rotation policy.

“My aim this summer is to be fit, available and fresh for all seven Test matches,” said Broad.

“But if Spoons (Silverwood) decides he needs to get experience into some players, if he wants to have a look at a different line-up and it’s explained in a good way…I still want to be around to help and guide bowlers through the Test match.

“But Test caps aren’t there to be given out free and cheap. We work very hard for the opportunity to play Test cricket and you have to earn your stripes. I don’t think many could argue against Jimmy and I being in the best bowling attack in England, but if you need to get experience and overs into bowlers that is what it is.”

Broad also had his say on Archer, whose lingering fitness problems are becoming a point of concern given his importance to England across all three formats.

Surgery and an extended period out appears to be an increasingly likely outcome for the right elbow complaint that has been plaguing him for the last six months.

While missing a large chunk of the summer schedule would be regrettable, Broad sees the twin objectives of the T20 World Cup and the Ashes this winter as Archer’s primary objectives.

“The rest and rehab option hasn’t pulled through for him,” he said. “I’m sure the ECB will be thinking long and hard of what the next step is, but it’s probably a little bit more intensive than rest and recoup now isn’t it?

“Obviously the New Zealand and India series are huge for us but if I was looking at Jofra Archer I’d want him bowling my last over in the T20 World Cup and I’d want him playing at Brisbane.

“I think Jofra can play a huge part in all three formats for England but he won’t just be able to play every game. It’s unrealistic to think that any all-rounder can – Ben Stokes included.

“Without being disrespectful to any other type of international cricket, you do have to get him right for the games you want him right for. If that means that he has to miss certain games along the way, that’s part and parcel of being a talented cricketer playing all three formats.”

:: Lifebuoy are proud to partner with Chance to Shine, as part of their ambition to double the rate of handwashing in the UK. Stuart Broad was coaching schoolchildren at Hague Primary School, as a representative of the England Cricket team, of which Lifebuoy are also a partner.