Home News Stuart Broad: I’ll leave my heart and soul on the field for England

Stuart Broad: I’ll leave my heart and soul on the field for England 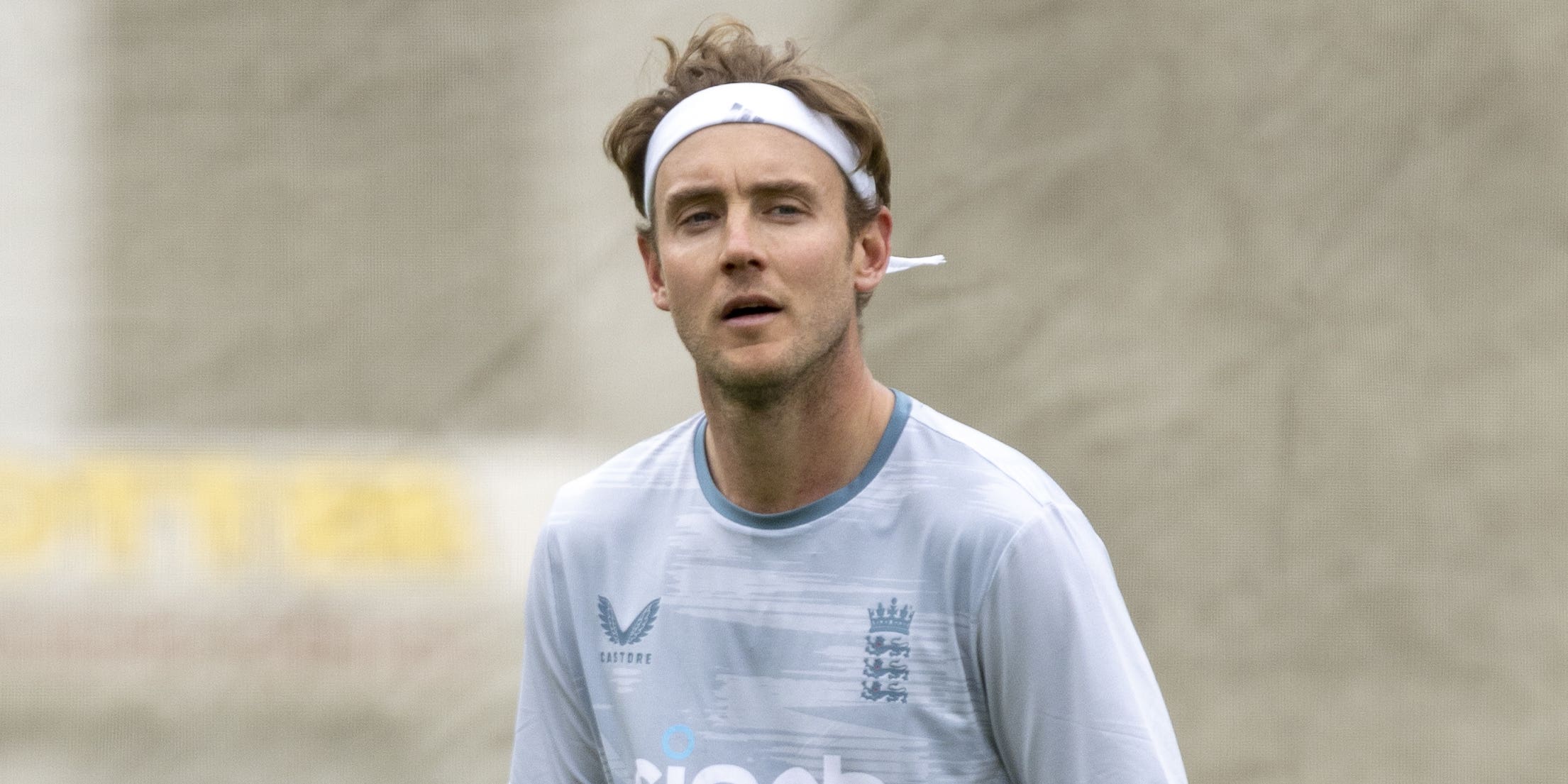 Stuart Broad has promised to “leave my heart and soul on the field” for England if he makes his comeback at Lord’s this week after his recent reminder to savour every appearance.

Broad and long-time partner James Anderson – the two most prolific wicket-takers in English history – were axed for the recent tour of the West Indies in a move that could have signalled the end of their glittering careers.

But both men resolved to win back their places after seeing England lose in the Caribbean and when Ben Stokes and Brendon McCullum were installed as captain and coach, they made it clear that the seasoned seamers would be part of their plans.

The veteran duo could be back in tandem in the first LV= Insurance Test against New Zealand on Thursday, and while 35-year-old Broad cannot be sure how much longer he will command a place, he has vowed to give his best each and every time.

“There’s no doubt when the team was in the West Indies I missed it. I wished I was there and that just makes you realise that these careers don’t gone on forever,” he said.

“You’ve got to get as much out of it as you possibly can and enjoy it. I will leave my heart and soul on this field. I’m just going to give everything for one week of the Test match, try and win that week, learn from it and move on to the next one.

“I’m taking my mindset back to as though I’ve played zero Test cricket and have zero experience. You don’t look too far ahead when you make your Test debut, you’re just excited to play the next game.

“I’ve gone away completely from looking at what’s going to happen in August or November. I can’t control that because it’s too far away.”

Broad, who namechecked Nottinghamshire psychologist Chris Marshall with helping realign his outlook, does not know for sure if he will get the nod to make his 25th Test appearance at the home of cricket, with Craig Overton and Matthew Potts both pushing to be included in an attack that will be led by Anderson.

But he has taken notice of how the new regime wants England to play cricket and is open to signing up for a less conservative style.

“From the outside when you see a Brendon McCullum and a Ben Stokes mindset come together, it’s pretty exciting. It’s up to the players to deliver,” he said.

“Brendon said to the bowling group: ‘don’t focus too much on economy rates, I want wickets. Let’s try and get as many wickets as we can, as soon as possible’. So it’s ‘where can I get an extra slip from? Where can I get a short leg from?’ rather than being too defensive.

“In the past it was keep them to two an over and pressure will see the batsman make a mistake. The mindset now is how we get the batter to make a mistake quicker, how do we apply pressure quicker? I suppose it’s about the balance of protecting your economy or risking it by going fuller. Yes you might get driven but you’ve got more chance of taking wickets.”

He added with a smile: “If I’m going at eight an over on Thursday, just be calm!”.

Broad turned up for training on a high after watching his beloved Nottingham Forest secure promotion to the Premier League at the Wembley play-off final and is hoping to keep the feelgood factor alive.

“The chance of being at the home of cricket and the home of football in the same week, if you’d have told my 12-year-old self that I wouldn’t have believed you,” he said.