Home News Stuart Broad: The time I made cover of Wisden and nobody could tell it was me…

Stuart Broad: The time I made cover of Wisden and nobody could tell it was me… 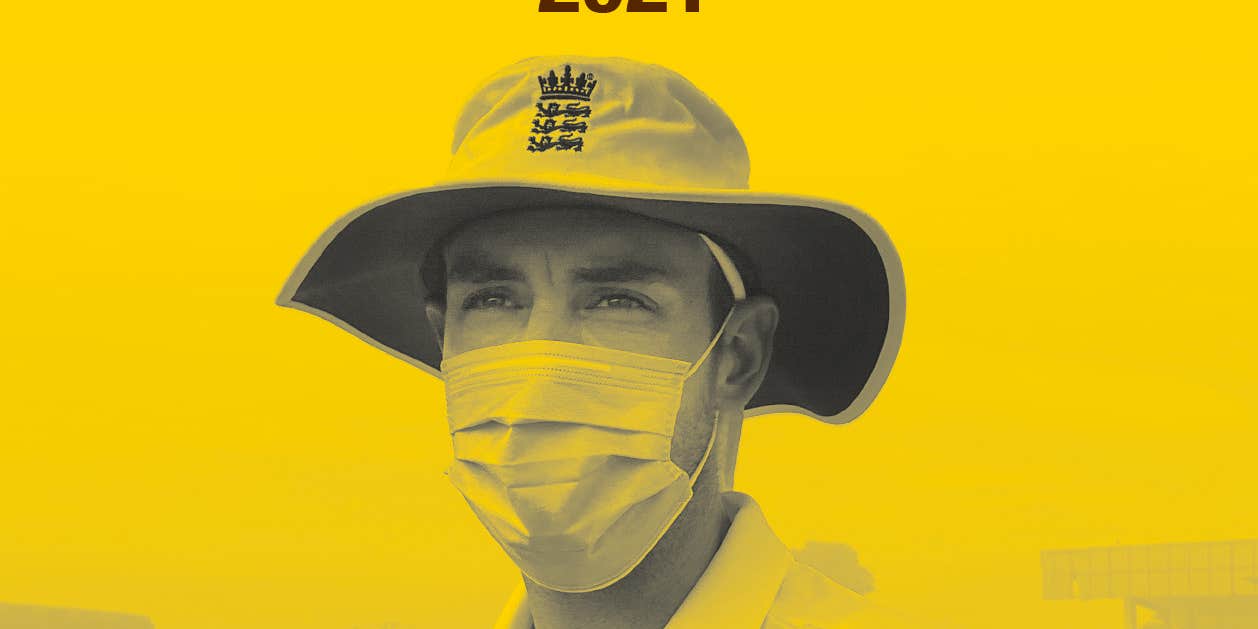 To describe any edition of the Wisden Cricketers’ Almanack as a ‘collector’s item’ is an exercise in stating the obvious, but the 2021 instalment is worthier of the description than most.

While the sport itself is celebrated, chronicled and committed to record over the course of its 1,248 pages, there are two themes which loom large: coronavirus and racism.

In years to come enthusiasts may revisit this 158th volume to read up on Zak Crawley’s star-making 267 against Pakistan, or for James Anderson’s touching tribute to long-time bowling partner Stuart Broad following his 500th Test wicket.

But the most powerful and most memorable writing here shed light of two matters which touched cricket but only as symptoms of greater global concern.

Covid-19 makes it presence felt in two obvious ways before you read a word. First is the slimmer profile – around 20 per cent less chunky than its most recent predecessors on account of the global fixture shutdown – and second is the cover image of Broad, whose face is almost entirely covered by a disposable facemask.

“It’s one to tell the eventual grandchildren about,” Broad told the PA news agency. “The time I made the cover of Wisden and nobody could tell it was me.”

Lawrence Booth kicks off his editor’s notes, always some of sport’s most pored-over morsels, in mournful fashion for those lost to the pandemic. “Cricket, like everything else, had its heart ripped out, and its soul very nearly crushed,” he writes.

Yet, mirroring the thoughts of anyone who took solace in the sport’s return during an emotionally bleak summer, he also states: “Cricket has never been less important in 2020 – and never more.”

England spinner Jack Leach chips in with a piece on the challenge of life inside the bio-secure bubble, while Duncan Hamilton offers a wistful essay on the fans’ experience of being stuck on the outside of it.

Elsewhere, from the accounts of a reduced and revamped county programme to the abandoned tours of Sri Lanka and South Africa that bookend England’s overseas assignments, the fingerprint of coronavirus is everywhere.

Wisden is even more polemical in its tackling of English cricket’s problems with race, which were pushed to fore by the violent death of George Floyd in the United States last May and the subsequent Black Lives Matter movement.

Booth is critical of the hasty manner in which the England men’s team ceased to take the knee in midway through the summer, describing the abandonment of the gesture as akin to “raising a finger” to the cause.

Ebony Rainford-Brent, who offered one of the most eloquent personal accounts of discrimination during an unforgettable televised segment alongside Michael Holding, also expresses disappointment, suggesting the initial act now looked “a token gesture”.

It had been anything but a token gesture when West Indies captain Jason Holder led his side in taking a knee at the start of all three Tests against England, with each member of his party raising a gloved right fist for added resonance.

His statesmanlike words, his bravery in leading the game’s tour of the pandemic era and his not inconsiderable all-round on-field abilities saw him join Crawley, Dom Sibley, Darren Stevens and Mohammad Rizwan on the publication’s prestigious ‘cricketer of the year’ list.

In Holder’s nomination, and in this year’s almanack as a whole, sport, race and the pandemic come together as one.