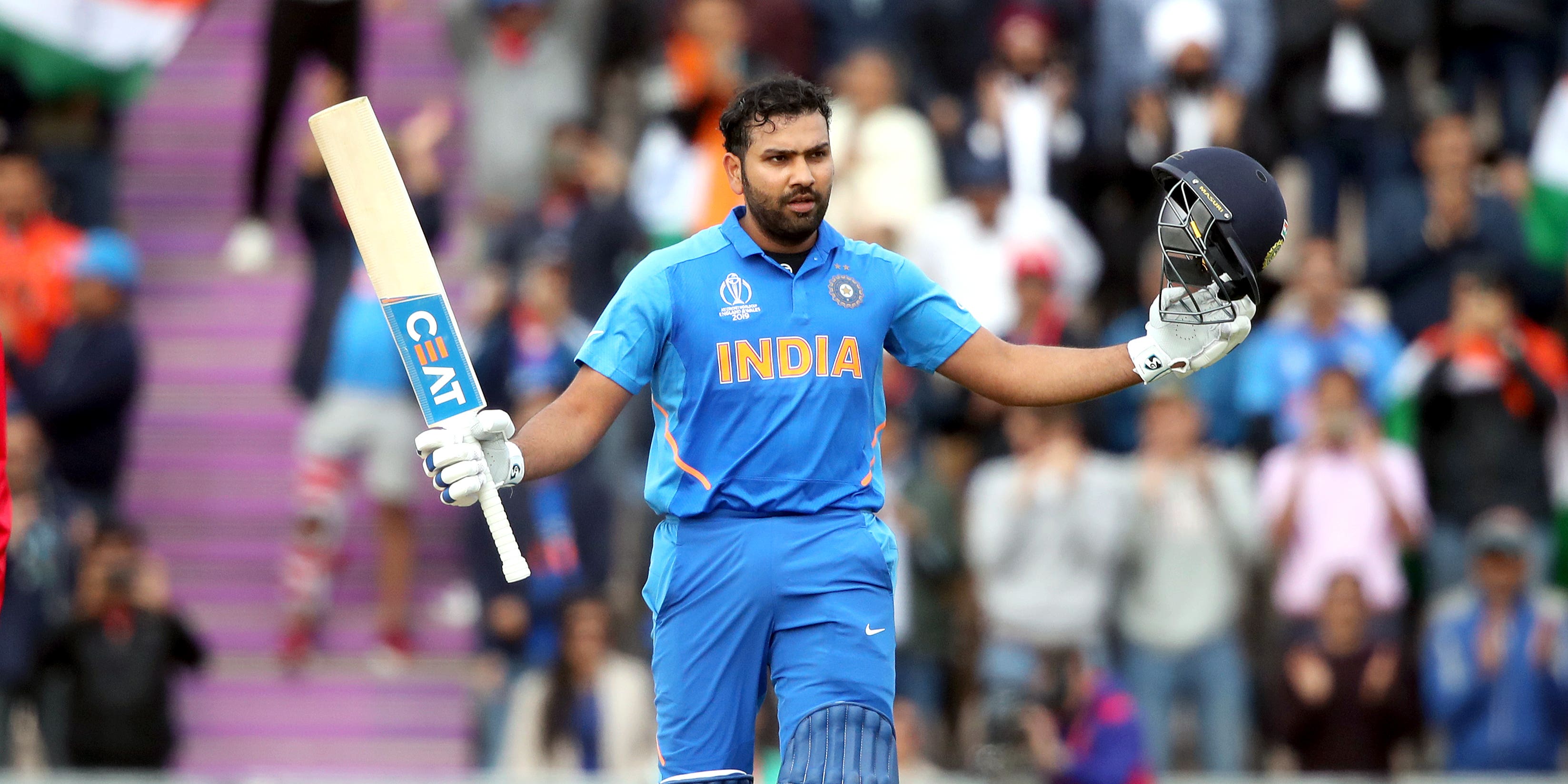 England saw a stunning century from India’s Rohit Sharma take the momentum away from them on day one of the second Test, repairing most of the damage done by Moeen Ali’s eye-catching dismissal of Virat Kohli.

Moeen marked his recall after 18 months with a magic moment in the morning session, drifting the ball nicely out of the hand then ripping it back through the gate to send Kohli back for a duck.

Kohli was visibly stunned and briefly reluctant to leave the crease, with a returning crowd of around 15,000 silenced, but Rohit’s free-flowing knock of 132 not out helped turn a dangerous position of 86 for three into a much-improved 189 for three.

Rohit hit 80 at better than a run-per-ball before lunch and turned that into a potentially defining score on a spinning pitch that looks likely to break up as the game continues.

England had started by preferring Olly Stone to Warwickshire team-mate Chris Woakes, the last of four changes to their winning side. Like Moeen, Stone last featured in the summer of 2019 – on debut against Ireland – and returned in style.

His third ball of the day angled in at the stumps and crashed into Shubman Gill’s front pad, with the opener plumb lbw offering no shot.

Stone proved a good stand-in for the injured Jofra Archer, hitting 93mph in his opening burst, rapping Cheteshwar Pujara on the glove and showing good control.

For the next 90 minutes or so, Rohit set about squashing England’s enthusiasm, peppering the boundary ropes with drives, cuts and a pitch-perfect array of sweeps off the spinners. When Ben Stokes came on, he even leaned back and hauled him for six over mid-wicket.

He raced to 50 in just 47 balls, his fastest half-century in Tests, from a team total of just 60. Rohit was mastering objectively tough conditions as he continued to score at speed but Jack Leach opened up the other end when he had Pujara lunged forward and fed Stokes at slip.

That brought Kohli to the middle, where he remained for just five deliveries as Moeen conjured something special.

After conceding 22 from his first four overs he produced a wonder ball, floating away before turning hard through the gate as Kohli tried an expansive drive. Moeen exploded in delight but Kohli stood his ground for a few moments, unable or unwilling to believe he had been so emphatically castled.

The game slowed from its frantic pace in the first hour of the afternoon session, Rohit consolidating and Ajinkya Rahane (36no) finding his feet before both men picked up the scoring. Rohit moved to 97 with six off Moeen but almost gave it away when an attempted paddle popped up off the toe end.

He reached a seventh Test century after a brief nervy spell and began scoring more fluently again in the run up to tea.

With Moeen struggling for consistency after his exhilarating dismissal of Kohli, England were in need of further inspiration.