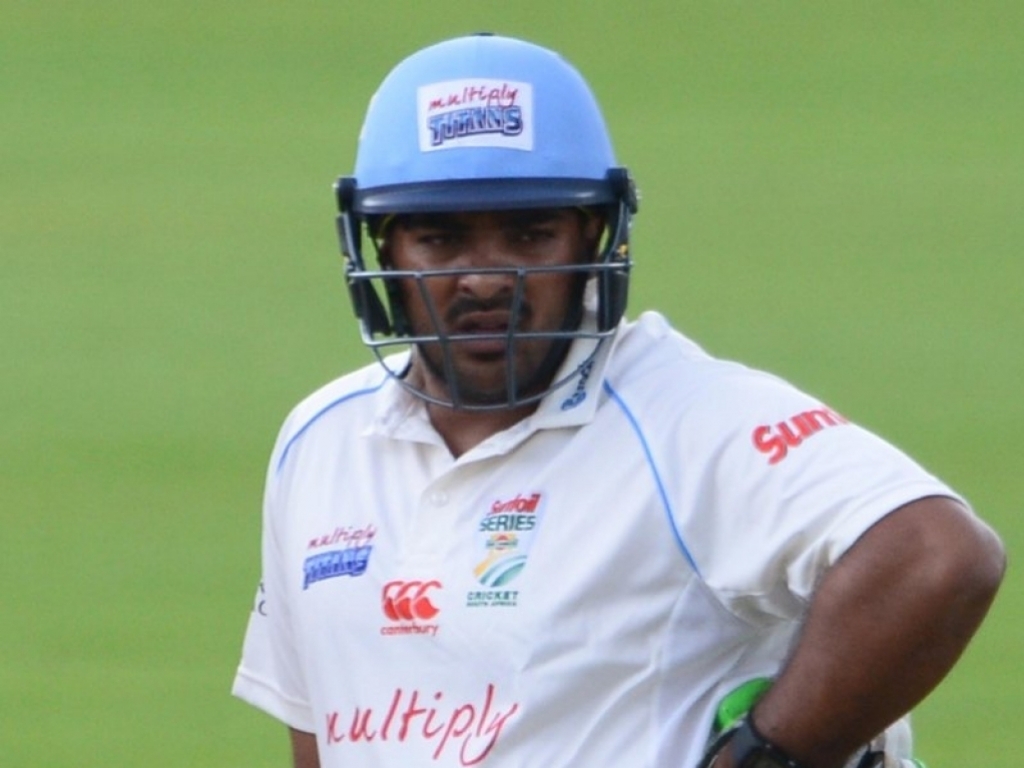 Jon-Jon Smuts and Tabraiz Shamsi shared six wickets to leave the Cape Cobras in a spin before bad light saved them from potential defeat against the Warriors on the final day of their Sunfoil Series clash at St George’s Park in Port Elizabeth on Sunday.

Captain Smuts claimed four for 39, with debutant Shamsi taking two for 45 as the visitors slipped to 131 for six and had a man down after the injury retirement of their own skipper Dane Piedt.

But with 12 overs to go, the weather intervened and ended the match early much to the frustration of the Warriors.

The day had started out with the home captain hitting a crucial half-century that allowed his side to declare on 186 for nine – Smuts making 54 (76 balls, 6 fours, 1 six) and Lesiba Ngoepe chipping in with 39.

That left the Cobras needing 252 in 58 overs for victory and they made a solid enough start thanks to 41 by Zubayr Hamza.

But things went south from there thanks to the spin of Smuts and Shamsi, who has joined the Warriors on loan.

They reduced their Cape Town rivals to 94 for six, before Kyle Verreynne’s stubborn unbeaten 30 did just enough to halt the charge and give the Cobras a nerve-wrecking draw.

Vaughn van Jaarsveld made an unbeaten half-century as the Sunfoil Series clash between the Dolphins and VKB Knights ended in an expected draw at Sahara Stadium Kingsmead in Durban on Sunday.

After the first day was washed out by rain, the match was reduced to a three-day affair, with bad lights also playing a role through the course of the game.

Only 52.5 overs were bowled on day four as the defending champions lost their last four wickets for 44 to be bowled out for 291, with the host then replying with 97 for two.

Senuran Muthusamy was the chief destroyer with the ball as he claimed four for 64 for the Dolphins, with Robbie Frylinck picking up three for 57.

Pite van Biljon added just five to this overnight score of 100 to be dismissed by slow left-armer Muthusamy for 105 (168 balls, 12 fours, 2 sixes).

The Dolphins then lost first-innings hero Sarel Erwee for a third-ball duck, but Van Jaarsveld made 56 not out (91 balls, 9 fours) to keep the Knights at bay as the game ended early.

Jonathan Vandiar and Farhaan Behardien hit half-centuries as the Sunfoil Series Gauteng derby between the Titans and Highveld Lions laboured to a draw on the final day at SuperSport Park in Centurion on Sunday.

The hosts had resumed day four on 50 for two in their second innings and they eventually reached 205 for seven before declaring – setting the visitors a victory target of 250.

But they managed to reach 80 for two in 22 overs as the match ended tamely.

There were two wickets each for South Africa pair Dwaine Pretorius (2/31) and Beuran Hendricks (2/37).

Stephen Cook (5) fell cheaply in the Lions chase, but Reeza Hendricks (30 not out) and Omphile Ramela (29) ensured there was no drama thanks to a 51-run second wicket stand.

Both wickets for the Titans were taken by Shaun von Berg (2/37).