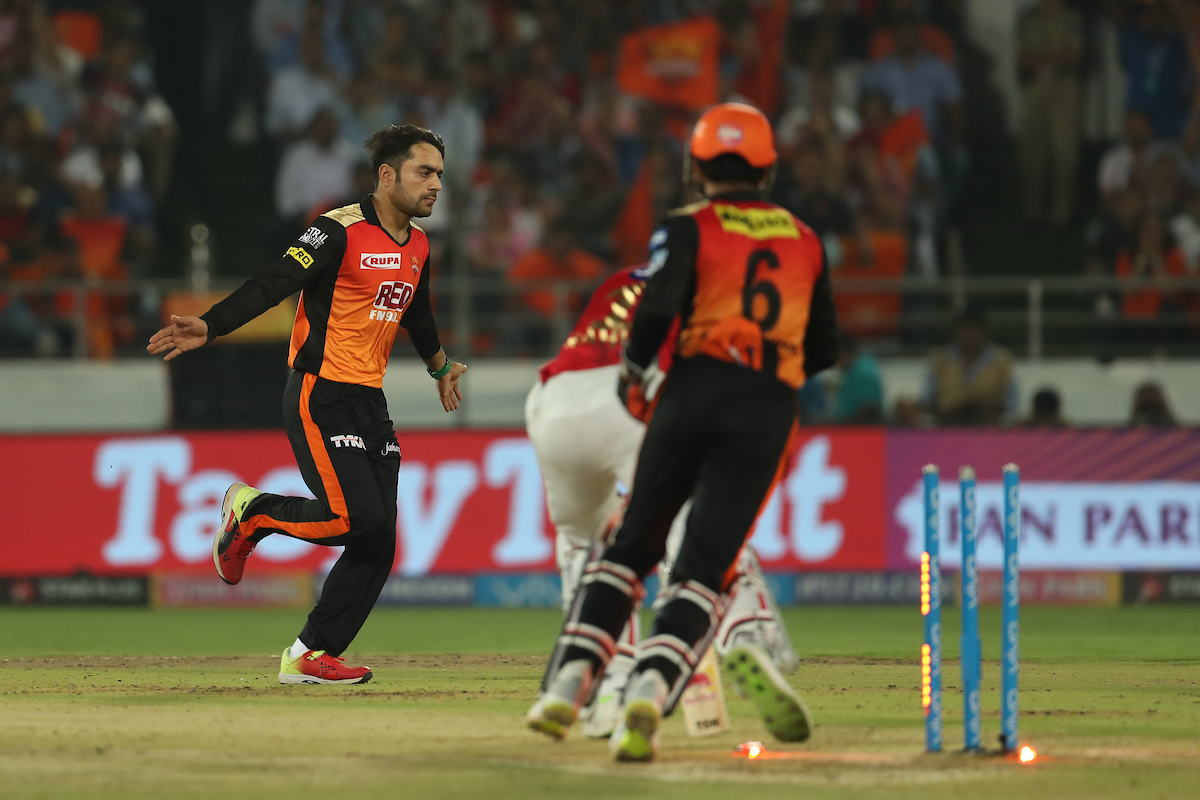 The Sunrisers Hyderabad defended a meager 132 bowling the Kings XI Punjab out for 119 in the final over of the chase on Thursday evening.

That the Sunrisers had any sort of target to bowl at at all was largely down to a gritty 54 from Manish Pandey and some ordinary catching from the Kings XI who out down four clear cut chances.

Pandey was dropped three times on his way to recording a half century after the top order was blown away by Ankit Rajpoot who returned career best figures of 5/14, the sixth best in IPL history, and the best so far in IPL 11.

The India middle-order man was well backed up by Shakib Al Hasan (28) and Yusuf Pathan (21*) who were less adventurous than the top order had been.

The Kings XI began their chase well enough with Lokesh Rahul (32) and Chris Gayle (23) dominating the bowling up front.

Rashid Khan (3/19) would provide the star turn and moment of inspiration with a ripper that cleaned up Rahul and left the Kings XI 55 for 1.

Only Mohammad Nabi failed to impress with the ball and he will be grateful that a late dropped catch did not prove costly.

Mayank Agarwal (13) and Karun Nair (12) made stuttering contributions but both threw their wickets away and exposed the lower order.

The Kings XI slipped to 99 for 9 and though successive boundaries from number 11 Mujeeb Ur Rahman (10*) off Rashid ignited hopes of an unlikely victory charge but Thampi returned to clean up Rajpoot (8).