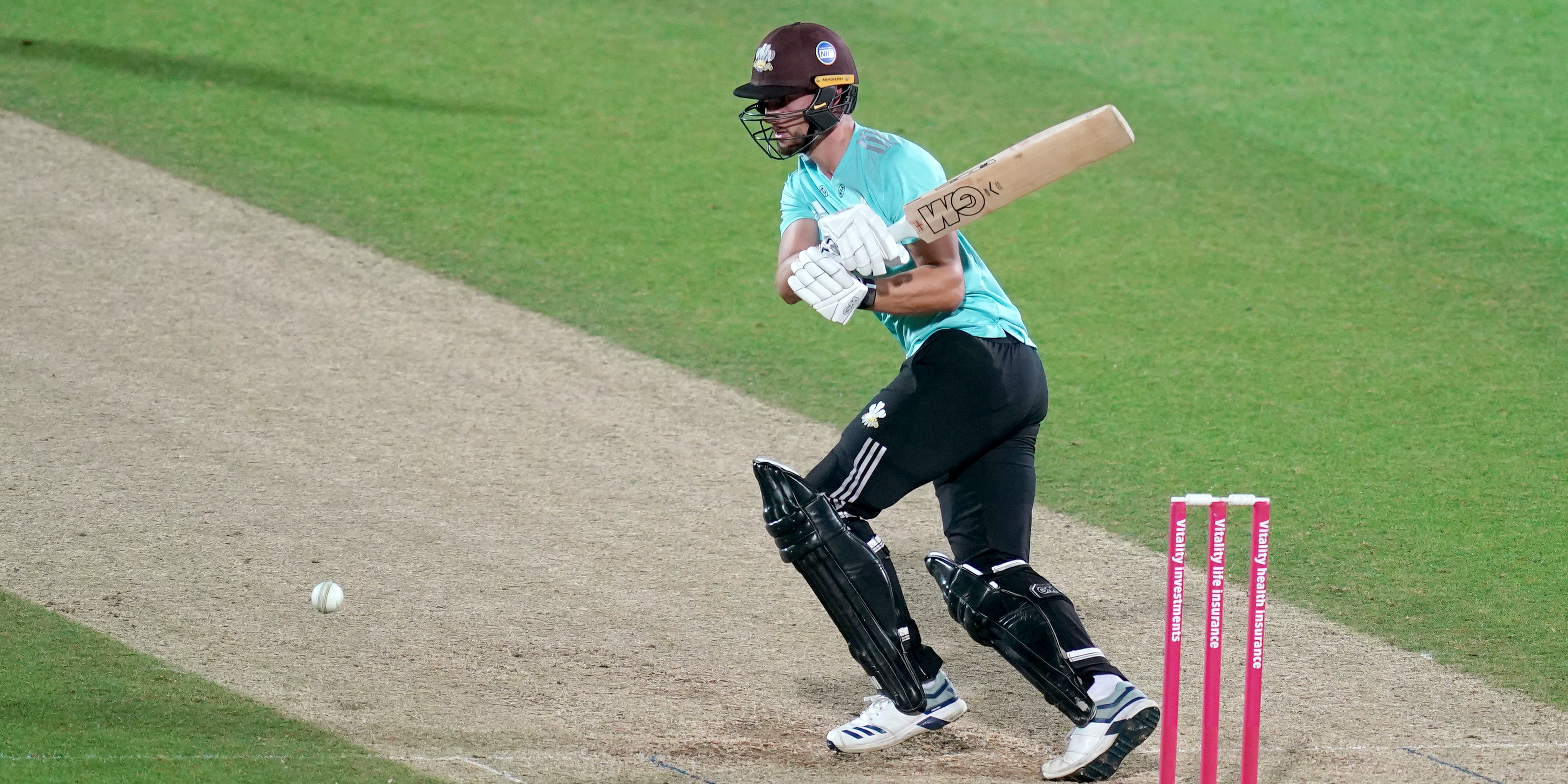 Surrey secured their place in the knockout stages of the Vitality Blast after beating Sussex by four wickets.

Chasing 166 to win, opener Will Jacks hit 65 off just 39 balls before Jamie Overton made an undefeated 40 to guide Surrey to victory with five balls to spare.

Spinner Nijjar ripped through a shaky Hampshire batting line-up with figures of three for 22, while Jack Plom celebrated his maiden professional wickets to take two for 18.

Tom Westley had earlier hit his first half-century of the year, with Dan Lawrence marooned on 49, as Essex reached 168 before Hampshire could only manage 114 for nine in response.

Tom Helm was the bowling hero as Middlesex dented Kent’s qualification bid with a tense two-run win in Canterbury.

Set a target of 185, the Spitfires slumped to their second successive home defeat after failing to score nine runs needed for victory off Helm’s nerve-tingling last over.

Jordan Cox ended the run chase unbeaten on 39, while skipper Daniel Bell-Drummond went for a season’s best 89 in trying to slog Helm’s first delivery of the final over.

Babar Azam blasted 114 not out from 62 balls as Somerset posted 183 for three before dismissing Glamorgan for 117 to give themselves an outside chance of progressing.

Durham won their third successive match by beating Yorkshire by 43 runs. The visitors defended a target of 148 and bowled the under-strength Vikings out for 104 in the 17th over.

Yorkshire were without Matthew Fisher, Tom Kohler-Cadmore, Josh Poysden and David Willey, who have been advised to self-isolate for 14 days after Willey tested positive for Covid-19.