Surrey through to Vitality Blast final after seeing off Gloucestershire 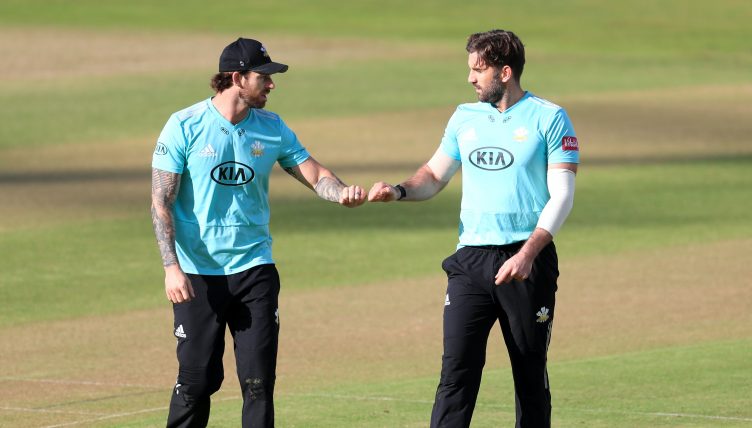 Surrey reached the Vitality Blast final for the first time in seven years after besting Gloucestershire by six wickets in a rain-reduced 11-over semi-final at Edgbaston.

A match originally scheduled for 11am on Saturday eventually got under way at 3.15pm on Sunday in truncated form due to the weather, with Surrey chasing down a winning target of 74 with eight balls to spare.

Gloucestershire were kept to 73 for seven after being sent in, World Cup winner Liam Plunkett taking three for 12 while Reece Topley and Will Jacks helped squeeze the run-rate.

David Payne took three Surrey wickets to fall but there was never enough runs to play with.

Miles Hammond set the tone, chewing through 11 balls for a solitary run and trying a series of ill-judged reverse sweeps off Jacks before being put out of his misery by Topley.

Jacks, having starred with four wickets in the quarter-final win over Kent, was again a key contributor with the ball, allowing just five runs off his 12 deliveries and picking up Gloucestershire’s dangerman Ian Cockbain for a three-ball duck.

Regular wickets tumbled, Chris Dent to Dan Moriarty and Plunkett picking off Ryan Higgins with his first ball. The 35-year-old seamer did not let things slip from there, adding captain Jack Taylor and Benny Howell in a measured display that defied the increasingly frantic attempts to conjure big hits.

Howell at least managed a couple of sixes – to go with a paltry four boundaries in the entire innings – but Plunkett and Topley, who removed Graeme Van Buuren with the last ball, ensured there would be no late damage to their figures.

Van Buuren was then handed the responsibility to bowling the first over and promptly shipped 13 runs, equalling Surrey’s most expensive over as Roy and Jacks both cleared the infield.

Both fell to Payne, Roy to an excellent Howell catch and Jacks bowled on the full, to leave the chase 28 for two in the fourth over.

Howell showed off his variations as he dismissed Laurie Evans but a solid stand of 29 from England Test players Ben Foakes (20) and Rory Burns (12 not out) eased any pressure.

Payne denied Foakes the chance to finish things off but Jamie Overton drove his first ball four to book a place against Nottinghamshire or Lancashire in the final.