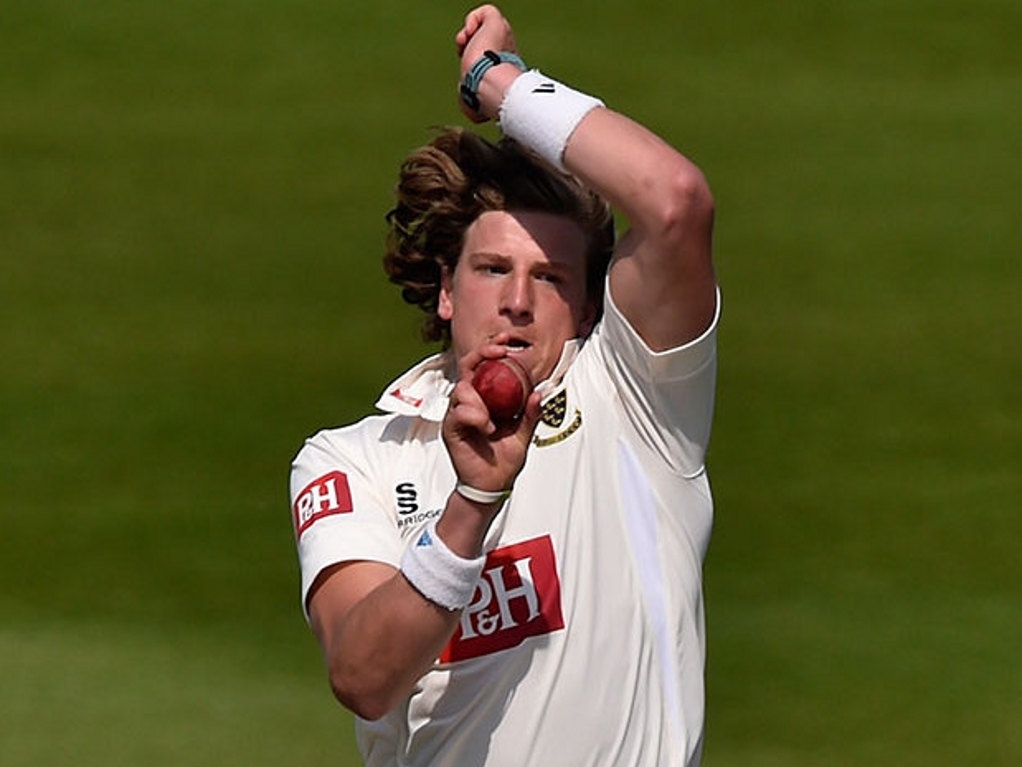 Sussex have announced that young fast bowler Matthew Hobden has died, at the age of 22, but have not released details, only to say that it was sudden.

Hobden made his first class debut in mid-2014, and has played in all three formats over the past two seasons. He was tipped t be a Test prospect, and was part of the Potential England Performance Programme.

A statement from Sussex on Saturday night read:  "Sussex Cricket is deeply shocked and saddened to hear of the passing of Matthew Hobden.

"Matthew was an exciting young cricketer with a big future ahead of him in the game. He was a fantastic individual who had progressed through Sussex's Youth and Academy ranks, having been born locally in Eastbourne.

"He made his first-class debut for Sussex in 2014 and had represented the county across all three formats over the past two seasons. He will be greatly missed.

"Sussex would like to offer their deepest condolences to Matthew's family and friends at this difficult time.

"Players and staff will be offered as much support as is possible and we would like both Matthew's family, and everyone connected with Sussex Cricket, to be respected with privacy at this time."

ECB fast bowling coach Kevin Shine said: "As a player, I remember the first time I saw him just thinking 'wow'. He was the strongest, most powerful cricketer I've ever seen on that programme – up there with elite athletes from different sports.

"His potential was huge, he was improving rapidly and I'm certain that he would have played for England.

"But for all that, my over-riding memory of Matt will be of his character, he was a wonderful lad. It's devastating for all who knew him to have lost him so young."