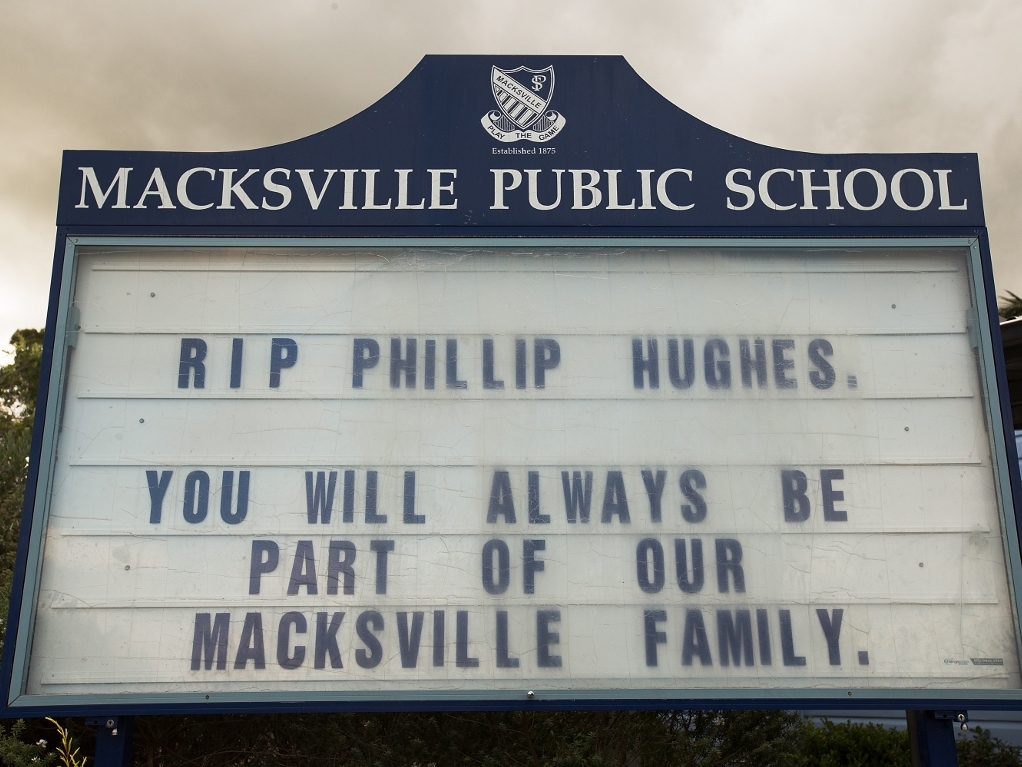 Cricket Australia chief James Sutherland Tuesday said it was too early to say which players would be mentally ready for the rescheduled Test series against India following Phillip Hughes' death, as mourners began arriving for his funeral.

The opening clash between the teams was due to start on Thursday at the Gabba in Brisbane but was put off following Hughes' freak on-field accident last week, with fellow players emotionally shattered, some more than others.

Australia's four-Test series will now begin in Adelaide on December 9, with Brisbane to follow, then Melbourne and Sydney.

"There is nothing perfect about what we have come up with here but we appreciate everyone's support and understanding in these tragic and extraordinary circumstances," Sutherland said ahead of boarding a plane to Macksville, where Hughes grew up.

Hughes died last Thursday from bleeding on the brain, two days after being knocked unconscious by a bouncer while batting during a domestic match at the Sydney Cricket Ground, throwing the cricketing world into mourning.

With his funeral on Wednesday in his home town of Macksville in northern New South Wales, Cricket Australia late Monday amended the Test dates after lengthy talks with the Board of Control for Cricket in India and other stakeholders.

Instead of starting on Friday, December 12 – as the second Adelaide Test was originally slated – it will now begin on December 9 and be the opening match of the series.

Such a shift will allow the second Test to be played in Brisbane from December 17-21 with the traditional Boxing Day clash in Melbourne remaining unchanged, while the Sydney Test has been pushed back three days and will now start on January 6.

Whether the players will be ready for Adelaide remains to be seen.

David Warner, Shane Watson, Brad Haddin and Nathan Lyon were all on the field when Hughes was hit while captain Michael Clarke was a close friend and his emotions have been raw.

"Any player that is not comfortable or doesn't feel right, or there is medical advice to suggest they're not quite right, then we will obviously understand that," Sutherland said.

"Understand that we and the Australian Cricketers' Association will be supporting them and nobody will think ill of anyone who feels uncomfortable about it."