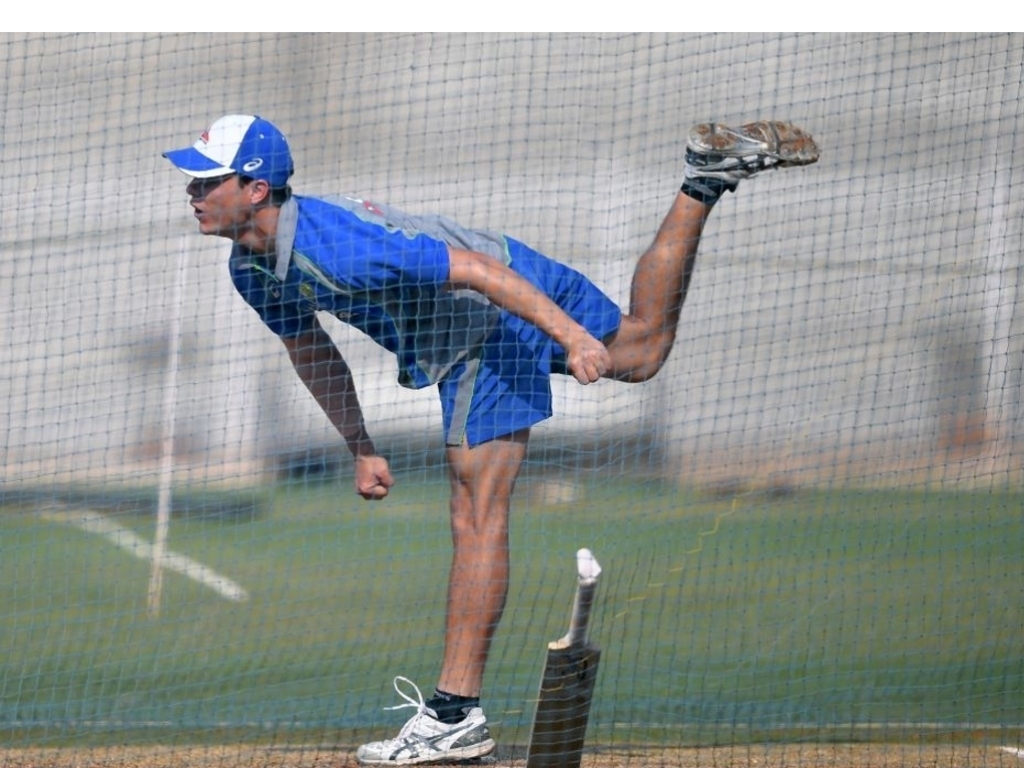 Uncapped Australia leg-spinner Mitchell Swepson is well aware that he is currently at the back of the spin pecking order but would be delighted to get a game.

Swepson is eager to enjoy being in the squad though and wouldn’t be disheartened if he didn’t play.

Speaking  at the national team’s pre-tour training camp in Darwin on Saturday Swepson said: “I was added late, so you’d probably think that the other two blokes are ahead of me at the moment.

“But anything can happen.

“I’ve just got to prepare to play and if it doesn’t happen, then so be it.

“I’ll just take the experience as it comes and I’m looking forward to it.”

Swepson was a late replacement for injured paceman Mitchell Starc who has not recovered sufficiently from a knock.

Both he and Agar were part of the tour to India but neither played with Steve O’Keefe preferred.

Since then O’Keefe blotted his copybook with a drunken display at a New South Wales season-end function.

Swepson says he learned a lot from being part of the India group: “I picked up a few things in India just being around the squad, and being able to be at Test matches and watch how the blokes go about it.

“The last six months have been big for me and I’ve worked hard on my bowling.

“Coming back this pre-season, I was really happy with where my bowling was at and I think that was on the back of being on that Indian tour.”

The first Test against Bangladesh gets underway in Mirpur on August 27.