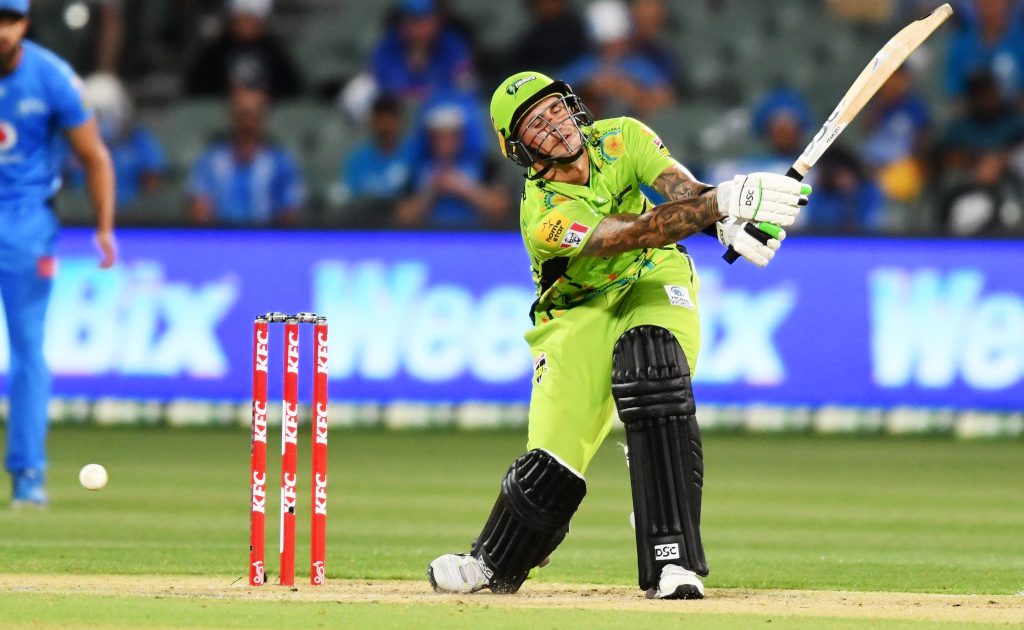 Alex Hales will turn out for the Sydney Thunder this season pending the outcome of further investigations into alleged racist conduct.

Cricket NSW chief executive Lee Germon appears to be satisfied with Hales’ excuse for turning up to a 2009 party in blackface.

Hales said in a separate statement his decision to dress as Tupac was the act of a fan expressing admiration for their musical hero.

To many people this excuse falls completely flat as it is apparent that Hales had half-arsed a lazy, unfunny costume idea and really should have been aware of the history. There has been a consistent backlash against the use of blackface since the emergence of the civil rights movement in the United States soon after the second world war. By 2009 this type of behaviour was already widely decried.

To Hales’ credit he did follow his contrived excuse with an apology which acknowledged the harm he caused.

“I obviously realise that this is incredibly disrespectful, and I want to apologise for the offence that this has no doubt caused,” he said.

“It was incredibly reckless and foolish on my behalf and so I want to apologise for that, apologise to the club for the embarrassment it would have caused them…

“My 20s was full of mistakes like that. Reckless mistakes off the field that let down family, let down teammates, let down friends… close relationships I had during my 20s…

“Some of those decisions I will regret for the rest of my life.”

Germon said he and Hales discussed Sydney Thunder’s principles and the expectations placed on each of its players and having considered all things opted to honour his contract.

“One of the hallmarks of Thunder Nation’s success is the team embraces diversity and is a club for all,” said Germon. “If we really believe that, we also must accept people who have made mistakes. I’ve spoken to Alex, I’ve watched his apology, and have no doubt he is remorseful for the photograph and the other errors of judgement he made as a young man.

“The photo in question was taken 12-years-ago, and Alex has insisted it was nothing more than a tribute to his favourite rap artist. Alex appreciates that going by today’s standards people will question his judgement and actions and he’s offered them a sincere apology.

“What came through in our conversation is Alex believes in Sydney Thunder’s goal to be a loved club. He understands Thunder wants to provide people – including those who are who are newcomers to Australia – with a sporting team they can identify with regardless of their background. He also knows the region the team represent, Sydney’s western suburbs, has one of the most diverse cultural communities in the world.

“We want everyone who comes to a Sydney Thunder match to know it is a safe place; one of mutual respect for them and their families.

“Alex is aware he’s in a position where he can drive that, and he’s made it clear to me that he is determined to help.

“It’s fair to also note that as Alex prepares for his third season with Sydney Thunder, I’ve been told by his teammates and the club’s staff that he’s been a tremendous teammate and ambassador for Thunder’s ideals and aspirations. I understand he’s only ever been enthusiastic – and genuine – in his many interactions with fans.

“He realises such actions can go a long way to making a difference in the lives of the people who come from what we call ‘Thunder Nation.’ I have no doubt, based on our conversation, he wants to continue championing that change.”