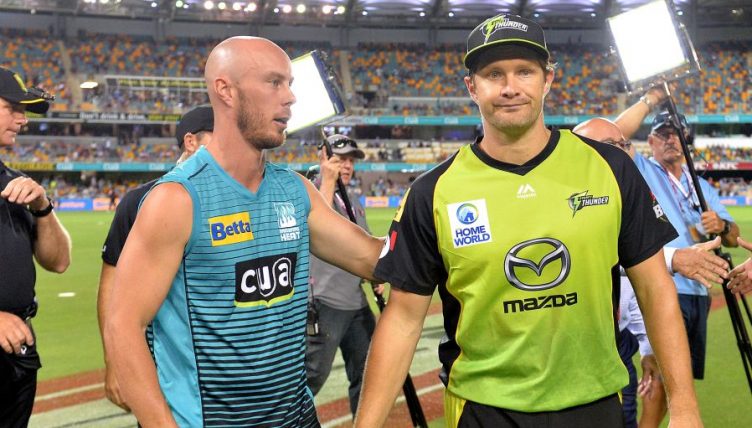 A power outage that plunged the Gabba and much of Brisbane into darkness robbed Sydney Thunder of almost certain victory on Thursday.

Shane Watson’s century had propelled the Thunder to 186/4 before England’s Chris Jordan helped reduce Brisbane Heat to 10/2 in three overs before the lights went out.

Jordan had Brendon McCullum caught at cover before turning catcher himself to send the dangerous Chris Lynn packing.

No amount of controversy can take away from Shane Watson's brilliant century.

100 from 61 deliveries, which some simply superb cricket shots 😍 #BBL08 pic.twitter.com/S4dLagOWKg

But with the game 12 balls shy of counting as a completed game, the floodlights went out and not even the torchlights from 10,000 mobile phones in the stands could get the game back on.

Watson’s team had to settle for a share of the points, particularly galling after his round 100 in a 62-ball stay, featuring eight fours and six sixes, had put the Thunder firmly in control.

The No Result means the Thunder stay third in the table – victory would have seen them leapfrog Melbourne Renegades into second – while the Heat are sixth and a point outside the top four.