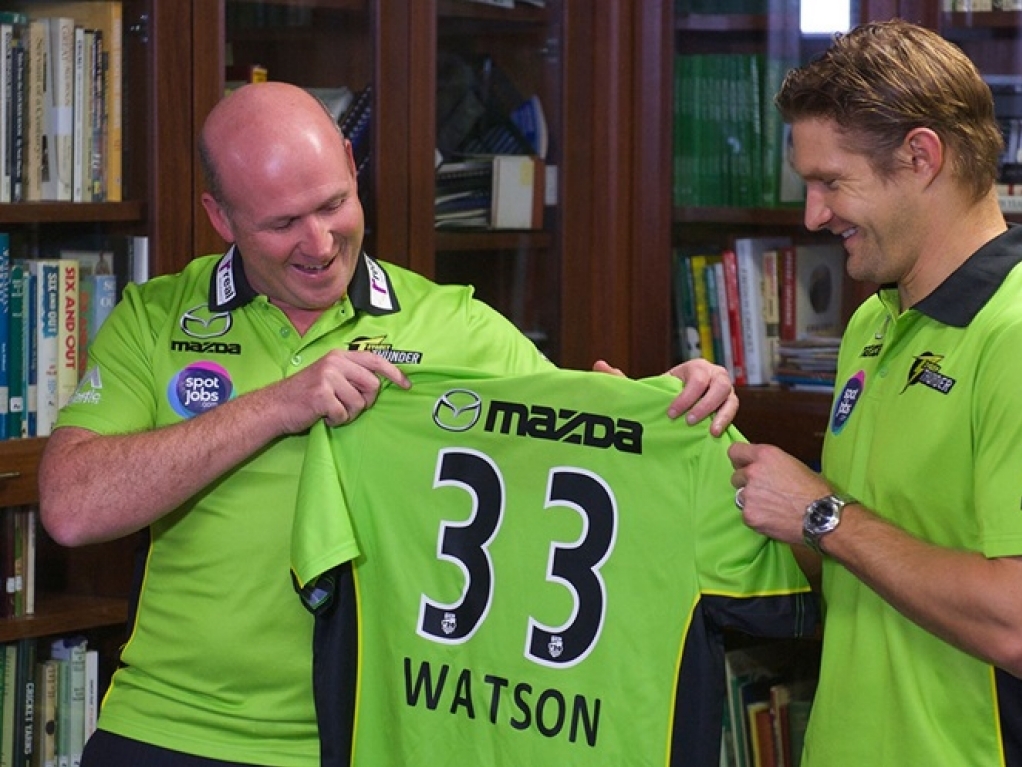 The Sydney Thunder have signed Australia international Shane Watson for the BBL, with the burly allrounder signing a three-year contract with the franchise.

Watson, who was part of the Australia team that won the World Cup on home soil earlier this year, will add even more experience to a side that already includes former internationals Mike Hussey and Jacques Kallis.

With the allrounder still involved with the national side it is thought that Watson won't play much in his first season at the Thunder.

Sydney Thunder general manager Nick Cummins said: "Shane is one of the best T20 players in the world. He's a proven performer, and has plenty of big game experience that will be invaluable in the Big Bash.

"We understand he is still very much a part of Australia’s plans going forward, and as such we've contracted him in a way that will work for both the club and Shane."

The 33 year-old Watson said: "I'm very excited, the Thunder is putting together a very strong squad, and have some quality players signed on long-term. There is the experience of Jacques (Kallis) and Huss (Michael Hussey) as well as some very talented young players.

"They are a club that's growing on and off the field and I'm looking to make sure that growth continues over the next three seasons."