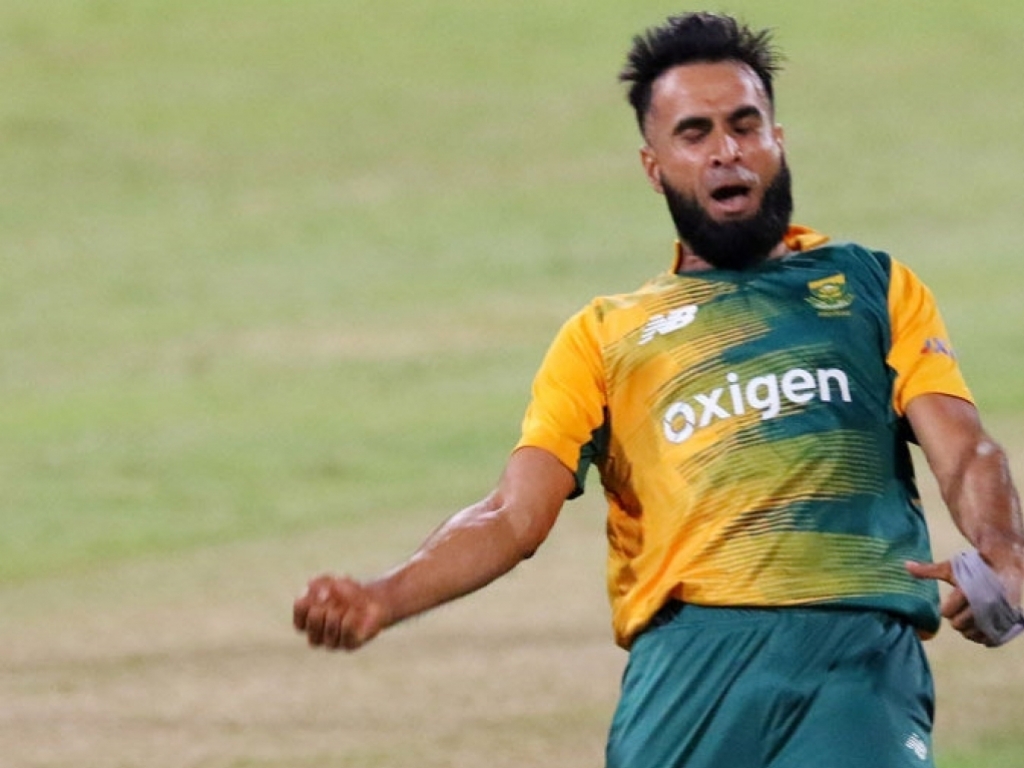 South African spin bowler Imran Tahir said that despite his age he still has the same work ethic as he did when he started his career.

Tahir, who is one of the most passionate Proteas in the ODI squad, admitted that their first ODI against Sri Lanka was tough as the conditions weren’t in their favour.

However, the leg-spinner still managed to finished with figures of 3/26 in 10 overs, the best of the South African bowling line-up.

The 37-year-old also gave credit to captain AB de Villiers for calling upon their services at the right times.

“It was tough, hard to bowl with the wind and against the wind, but our captain used us very well,” said Tahir.

“I don’t think I played in conditions like that in a long time.

“I just call it hard work and I take it very seriously. I don’t feel like I am relaxed. I play it as my last game because playing for such a good team you must keep performing.”

Praising him for his consistency, De Villiers said the Pakistan-born cricketer has polished his game well over the last couple years and has played an important part to the team.

“Immy is probably in the best form I have seen him right now,” said the South African talisman.

“It’s one thing that he picks up wickets, but at the moment he’s keeping the runs down as well. He’s a great guy to have in our team. He plays with lots of passion. I can’t come up with enough things to say about him, just very proud of him.”