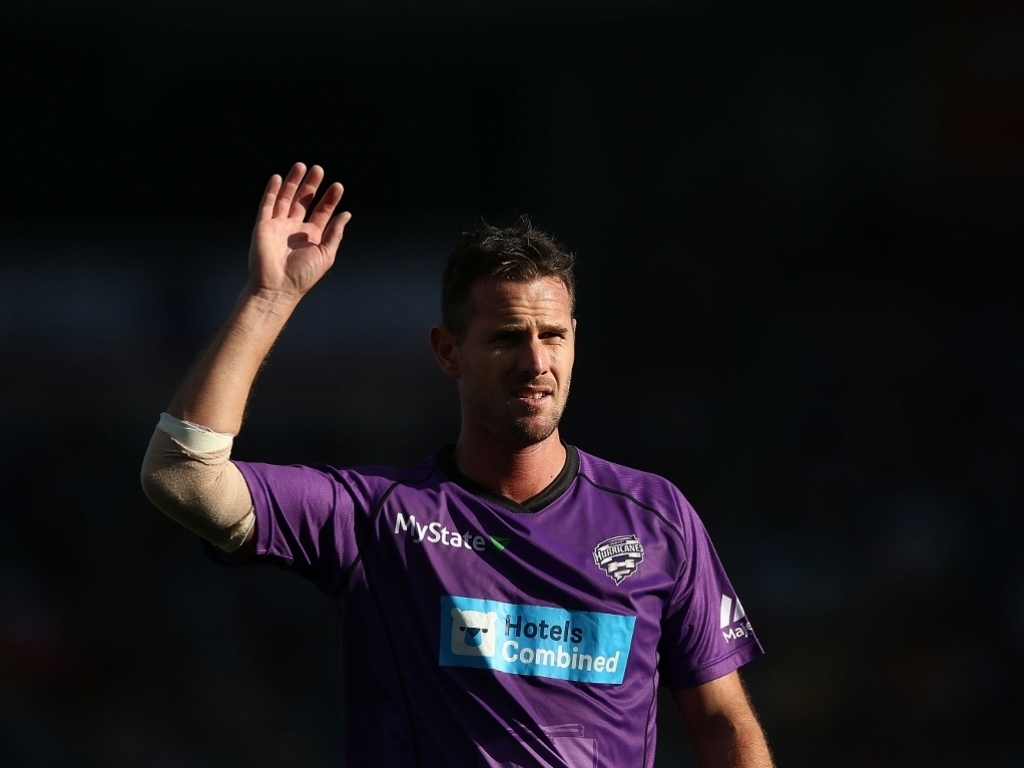 Tait starred in Australia’s 2007 World Cup campaign in the Caribbean where he took 23 wickets as Australia claimed a third successive win on the biggest stage of them all.

The slingy speedster also played three Tests, 35 ODIs and 21 T20Is for Australia claiming 95 wickets across all three formats for his country.

Tait told cricket.com.au: “I honestly wanted to play a couple more years, whether it was over in the UK or here.

“Pretty much getting left out of the side or not being able to play because of my elbow, either way there’s no point going on with it.

“I knew during the Big Bash that I was going to finish up.

“The elbow has pretty much gone off a cliff now, it’s done and dusted. I’m 34 years old and I suppose when you’re not contributing on the field as much as you’d like to, it’s time to finish up.

“It would have been nice to play another year maybe, but there’s no point getting more surgery and play when I’m 35 when I’m probably not up to it anymore.

“If I was still performing really well, I’d probably do it (have surgery and keep playing). But I just wasn’t.

“The game’s getting quicker and better and I’m getting slower and a bit older. It’s that simple.”

Tait admits that giving up cricket will be tough and the decision is one that has evoked mixed emotions.

He went on: “It’s emotional, there’s no doubt about that.

“The first time when you know you’re going to retire, you look back to when you first started. It seems like it was yesterday, but it’s been 15 years now.

“It’s probably a cliché that a lot of guys say, but just being with the lads (is what I’ll miss the most).

“You don’t want to be away from home all the time, but sometimes it’s nice to go to India or the UK for a tournament.

“That’s always one of the perks of cricket is travelling to these parts of the world, which I’ll miss a bit.

“I don’t want to close cricket off, that’s for sure. It’d be nice to continue on in cricket somehow.”