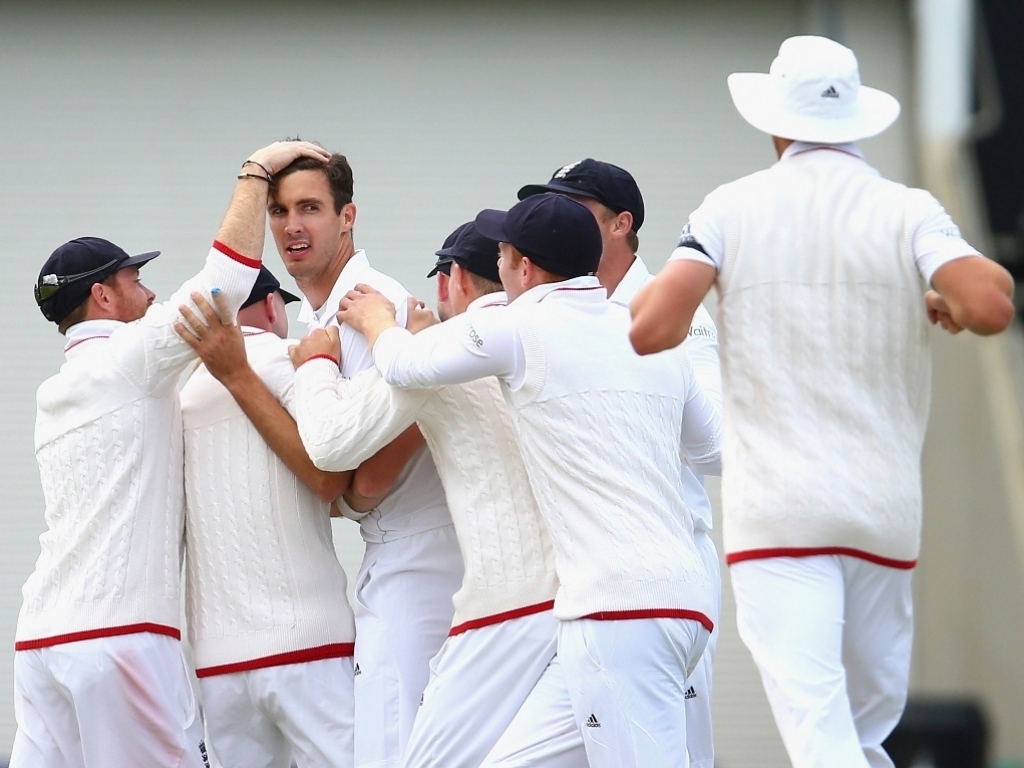 Writing preview pieces during this series will make you look like an idiot and momentum isn't a thing.

1) This series is crazy – Swinging backwards and forwards. After Lord's, the odds for Australia to win the series went to 1/2 on and to win the Third Test they were 10/11.

Anyone who made the brave call of backing England at 57/17 will be quids in. After Lord's England looked battered and bruised, talk of a 4-1 series loss was rife.

Talk of not being able to bounce back after such a heavy defeat; that all the momentum had been handed to Australia. I've long since been suspicious about how much momentum is actually a real thing.

It certainly isn't in this series so far. It's almost as if the winner of each match is the team that plays the conditions best. Funny that isn't it?

2) England finally get the conditions they want – The Edgbaston pitch is what England have been crying out for. Some movement off the seam with help from overhead cloud on day one to give some swing.

But it wasn't a 140 all out pitch and Clarke admitted he perhaps got the toss wrong. But in truth Australia batted appallingly bar two innings – one from Rogers, one from Warner.

Whilst it seems churlish to offer up any criticism after such a comprehensive victory, England need to become a team who can win even when the conditions aren't totally in their favour. Can they win on flat pitches?

3) Bell seizes his moment – Ian Bell put to bed any talk of his demise (including some from this correspondent – oops) with two very assured half centuries in the match although the nature of his dismissal in the first innings is one he'll want to forget.

It felt like this match was a pivotal one for the rest of his career one that could cement his place for this summer and winter at least or one that could have finished off his international career.

The innings he played to secure England's victory on the third day showed some vintage Bell. Drives to make you purr, his trademark glances to third man – which inevitably lay vacant – no one seems to have worked out that it might be a good idea to put in a third man for Bell given how many runs he scored there.

He looked as comfortable against some searing Johnson deliveries swaying out of the way easily and playing the deliveries that got increasingly softer from Johnson.

If one was being hypercritical one might say that the pressure was off him with such a small total to chase but those situations are sometimes the hardest.

It seems that England have their troublesome number three slot sorted for the imminent future.

4) We are watching two good but far from great sides – Much as this series is providing us with great entertainment and drama, some of the cricket, particularly the batting, is lacking in quality.

We're not watching two of the great Test sides of all time. It's fun though.

5) The crowd makes a difference – Edgbaston was a cauldron. From the first ball, the Birmingham crowd roared, chanted and backed England.

The noise on the final day was the sort of noise you'd expect from a crowd of 60,000 at the Emirates not 24,000 at a Test cricket ground.

After the end of the second day David Warner, rather stupidly, admitted that the crowd had got to them and they visibly rattled Mitchell Johnson on the final day who lost his speed, his line and even his run up at one point.

After a few years of being a bit tired and run down, Edgbaston has become one of the best Test venues in the country. It's a bit of a cliché to say that the crowd is the 12th man but in this case it was true and Alastair Cook was eager to lead the team out to applaud the crowd and acknowledge their part in the victory at the end of the match.