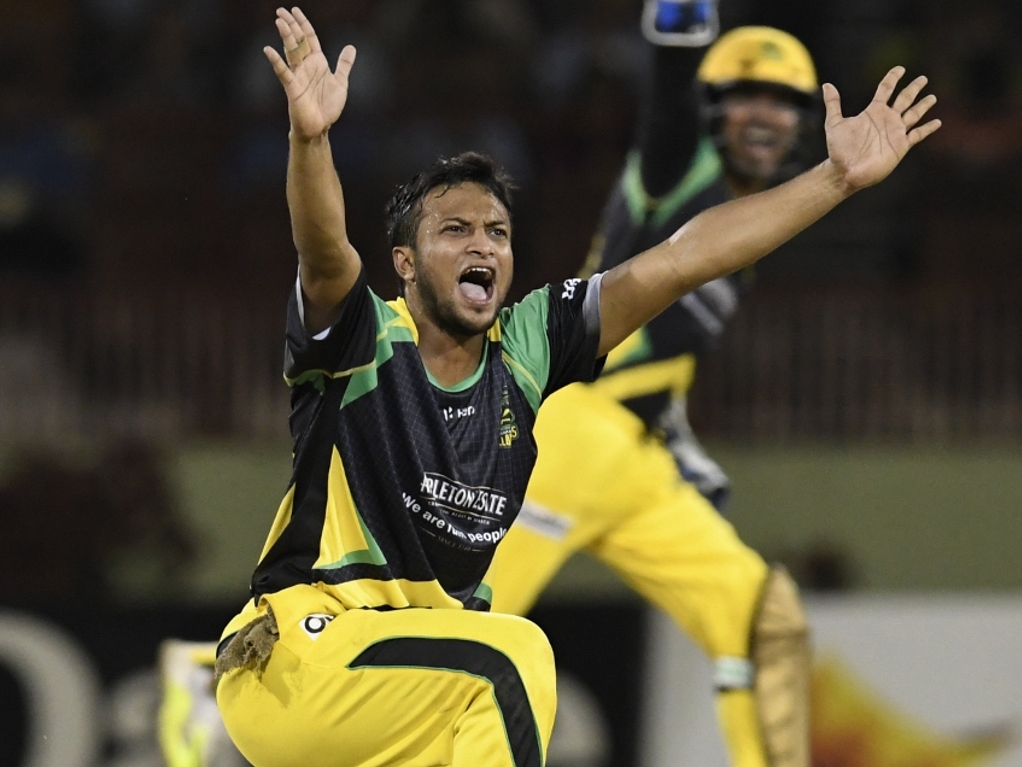 Jamaica Tallawahs’ star all-rounder Shakib Al Hasan is determined to get their Caribbean Premier League campaign back on track with a strong performance against Barbados Tridents at the Kensington Oval on Monday night.

Speaking to cplt20.com in the aftermath of the defeat to Guyana Amazon Warriors in Providence, the Bangladesh star who has been one of the leading all-rounders in world cricket across all three formats in recent years, said that the 2013 champions were focused on getting back to winning ways with a trip to Barbados and a home leg of Hero CPL matches to come in Sabina Park.

Shakib said: “We need to move on because we have played three games – won two and lost one – and we’re in a good position. And if we win the next game I think that will be very important in that we’ll be happy to go home and play our home matches because three (wins) out of four will be a great effort.

“It’s challenging (being an all-rounder in T20 cricket), but I love this kind of challenge. Obviously I’d love to contribute more, but at this moment with the way things are going, I’m happy. But as a team, and myself, we can always improve.

“All of the teams playing in the CPL have a lot of qualities. It’s about who turns up on the day and performs better. So we need to turn up and do our basics right.

“It’s a very proud moment for me to represent Bangladesh and all of the Bangladeshis are cricket fanatics and they love their sports. So, they will be supporting me in the CPL.

“So far the CPL has been going really well. I hope that it will only get better and better, hopefully a lot of runs and a lot of sixes and a lot of wickets so the crowd enjoys it. In the home matches the crowds have been terrific, so hopefully it will be the same in all of the other venues that we play.”