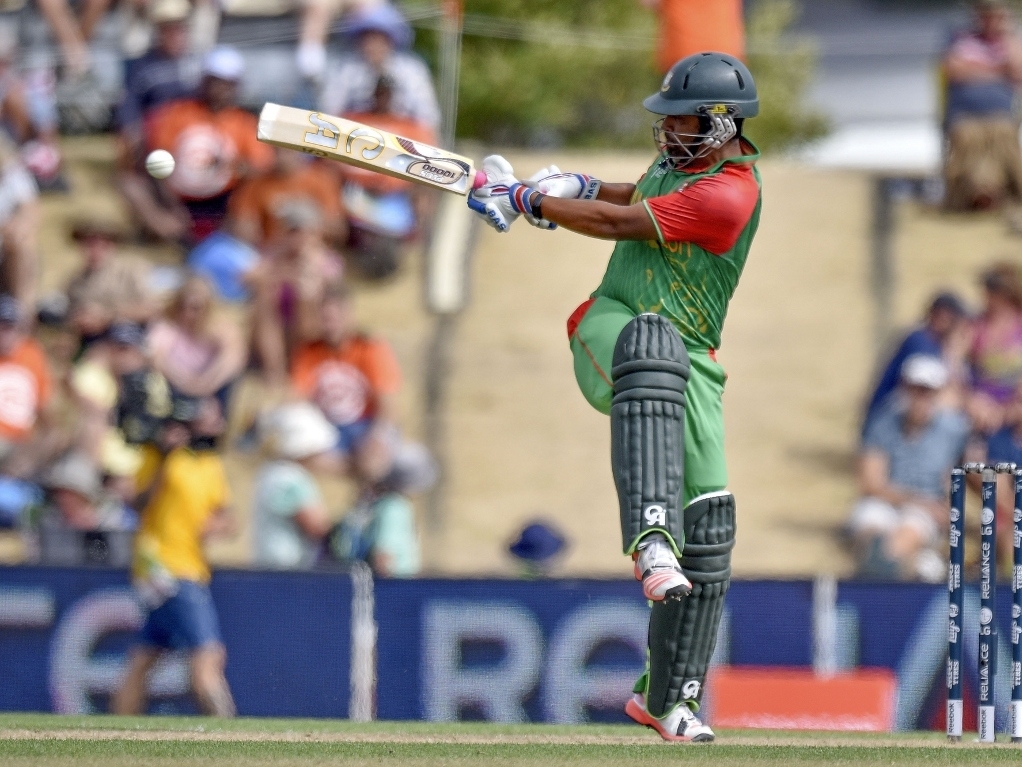 Bangladesh opening batsman Tamim Iqbal felt no pressure despite scoring 95, and setting the Tigers on their way to successfully chase down their highest target in ODI's, in a World Cup Pool A match against Scotland on Thursday.

Chasing 319 to win, the Tigers reached their target with 11 balls to spare and only four wickets down. Besides Tamim's knock, there were also half-centuries for Mahmudullah, Mushfiqur Rahim and Shakib Al Hassan as Bangladesh's senior players came to the fore.

Tamim revealed that the coaching staff told the batsmen before they went out that they should forget about the total and just go out and bat, as it was good conditions for the batsman out in the middle.

Left-handed Tamim said: "Actually, we had a team meeting before we came out to bat. The coach said that we should bat like we're batting first and not to think about the total. We chased down a similar kind of score two or three years back against Zimbabwe and we batted in a similar way.

"So rather than thinking about the scoreboard, we were just enjoying the wicket. "The wicket was fantastic and the outfield was really quick.

"So we didn't have to do too much because if we were timing the ball, then the ball was flying. So that made it easy for us. So we just batted ball by ball."