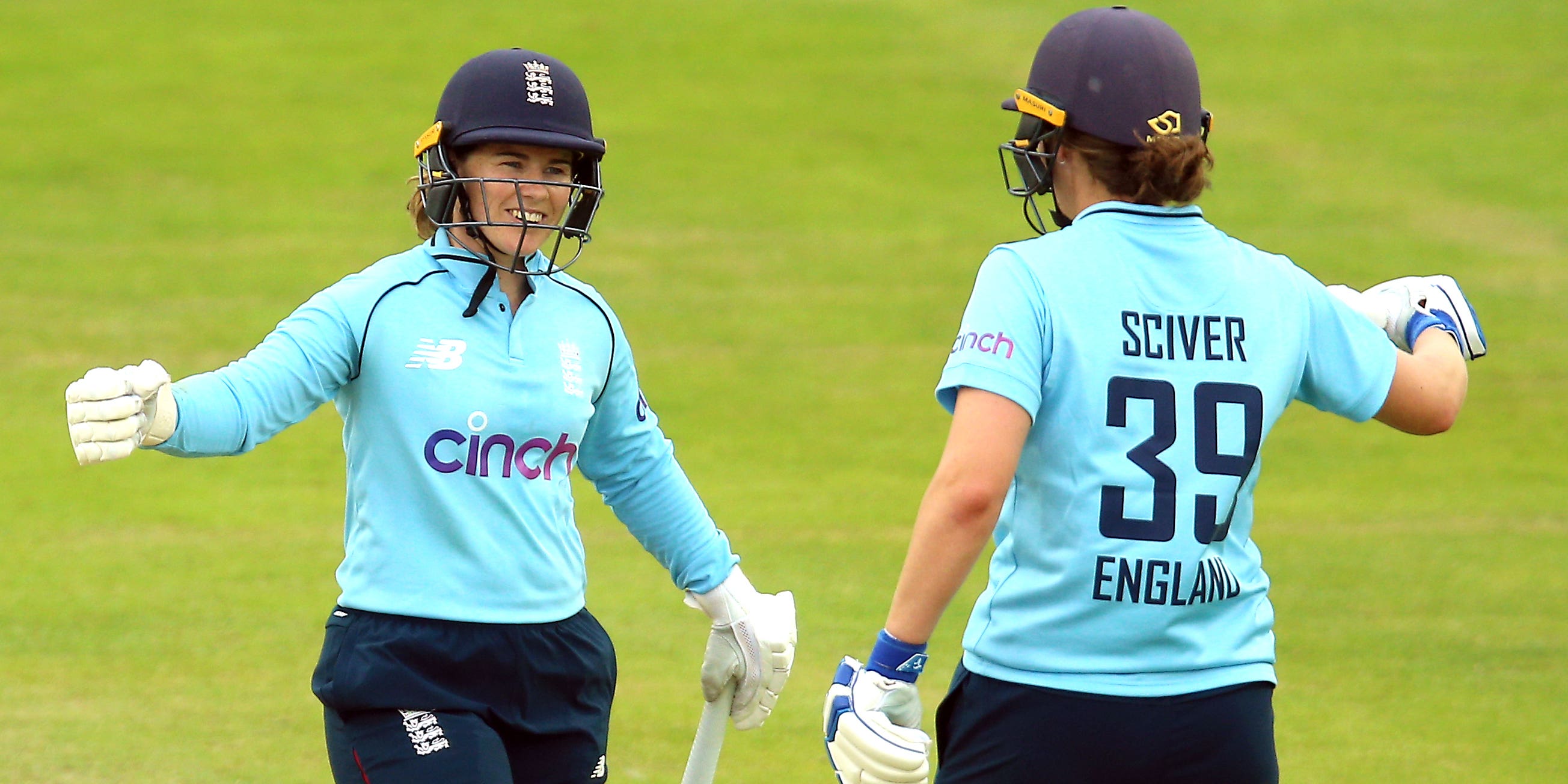 As the teams reconvened following last week’s drawn Test at the same ground, India failed to catch fire with the bat as they were restricted to an unambitious 201 for eight.

Mithali Raj anchored with 72, but it was never enough to seriously stretch England’s top order, who eased home with 91 balls remaining.

Beaumont batted through for 87 not out and Sciver smashed 74no, with both batters going at exactly a run-a-ball.

Between them the pair put on 119 for the third wicket, sharing 22 boundaries and one six apiece to put the more cautious Indian methods in the shade.

After choosing to send India in, England skipper Heather Knight saw her opening bowlers assume control of the 10-over powerplay, from which the tourists managed a modest 27 for two.

The first wicket to fall was 17-year-old prodigy Shafali Verma, fresh from a player-of-the-match performance in last week’s Test match.

Having excelled with 159 runs in two knocks against the red ball, she managed just 15 before Katherine Brunt caught her in two minds with a rising delivery, swatting a catch to Anya Shrubsole. Shrubsole then grabbed an early scalp for herself, knocking back Smriti Mandhana’s off stump.

That brought Raj to the crease and she began her long cornerstone innings, a measured but unambitious effort. There were healthy stands with Punam Raut (56 in 94 balls) and Deepti Sharma (65 in 85), but nothing that ever threatened to knock England’s plans off.

While Raj pressed on with care, Kate Cross had Raut caught off a chipped drive for 32 and the returning Shrubsole pinned Sharma lbw for 30.

Raj had started to accelerate sharply but was stopped in her tracks in the 46th over when Sophie Ecclestone snuck one through with the arm and flicked the top of off. She had already taken out Harmanpreet Kaur and later added Pooja Vastrakar to finish with figures of three for 40.

The chase was a one-sided affair, with Beaumont and Sciver showing off their range as they hurried to victory.

Lauren Winfield-Hill missed out on the fun on her return at opener, nicking Jhulan Goswami through to the keeper for 16, before Knight was bowled by a beauty from Ekta Bisht.